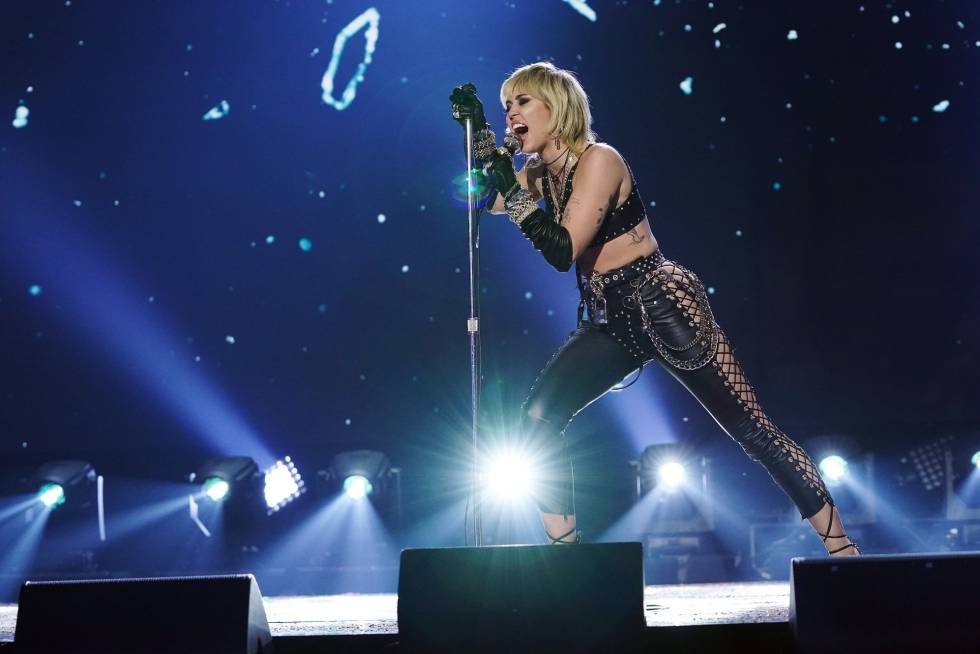 The coronavirus pandemic has had a catastrophic effect on mental health, and there are still many who continue to weigh down its consequences. The last artist affected has been the American singer Miley Cyrus. The singer who rose to fame on the show Hannah Montana She has been forced to stop her recent performance at the Summerfest 2021 festival in Milwaukee (Wisconsin, in the United States) to acknowledge to the public that she had been on the verge of having a panic attack on stage.

“A couple of songs ago, when the lights went out, I turned to Stacy, whom I have known since I was 12 years old, and I told her that I felt like I was having a seizure,” the singer began by explaining, referring to the musical director. and accompanying drummer in her band, Stacy Jones. “Like everyone else, for the last year and a half I have been isolated. It is very impressive to be back in a place that used to feel like a second home before. I no longer feel that way for all the time I spent at home locked up ”. Cyrus continued to explain her experience after receiving the support of her followers, who began to cheer her as soon as she began to open up.

“I know this has been very drastic. It’s an alarming and terrifying situation, and getting out of it is also a bit scary. ” The artist has confessed that she felt the need to explain how she was feeling at that moment: “I want to be honest, because being honest I also feel less fear.” Throughout the years Miley Cyrus has proven to be an icon of freedom which has now led her to take a position of acceptance in the face of mental health problems that she suffers. “We are allowing people to see us in our most vulnerable state, isolated, injured and scared, and I think that is something that empowers us,” the American stressed before closing her speech. “I’m getting used to the stage again, because there is nowhere else I want to be”.

The singer published images of the concert on her social networks, but did not mention her panic attack. Despite this, a string of videos recorded by her most loyal fans has put the artist’s sensitivity to mental health issues on the table.

Panic attacks are a symptom of panic disorder, which is part of anxiety disorders, according to the National Institute of Mental Health (NIMH). People with this problem have sudden and recurring attacks of fear. Symptoms that have been accentuated after the appearance of covid-19. Last January they came to light in Psychiatry Research the results of an international study on the rise in mental illness during the pandemic. Apparently, the incidence of post-traumatic stress disorder, anxiety and depression were, respectively, five, four and three times more frequent compared to what the World Health Organization routinely reports.

Lydia Brea, psychologist specializing in anxiety and depression among other disorders at Madrid Centro Psychotherapy, points out that the most important thing when suffering a panic attack is to go to a professional. “Generally, the highest peak of the attack and the one where the most distress is spent can last a few minutes at most. However, that feeling of anxiety, until it subsides, can last up to two hours ”. In addition, it clarifies the steps to follow in case of sudden suffering. “The main guideline is abdominal breathing, slow and calm. I do not recommend breathing in a bag, because it increases the burden ”, he clarifies. “You have to lower the physiological response, something that is done by breathing, which may seem silly, but it is not at all.”

It is not the first time that Miley Cyrus has spoken about mental health problems. A few years ago, in an interview for the American television network CBS, the young woman exposed the fact that, although her childhood as Hannah Montana had brought her many good things, it had not been easy for her. “I think now that I’m old enough, I realize that it was a lot for a child,” he reflected. Her years as a teenage star resulted in a change in her life that transformed her both personally and professionally. “I think it marked me and caused severe damage to my psyche as an adult,” he confessed.

The interpreter of songs like Wrecking Ball O Prisoner He has admitted that it is not the first time that he has suffered a panic attack, a symptom of the anxiety he suffered during his years at the Disney factory.