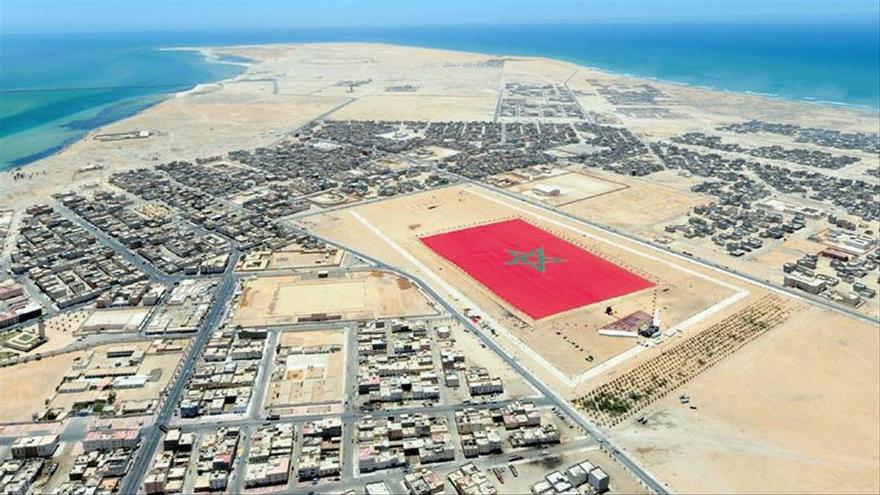 That April 30, the Moroccan government let the award for the construction of the new Dakhla Atlantique port, with important French interests in Game. It is yet to reconstruct how much of this plan has to do with the human flood of May 17 and 18.

Main variables of the project: a main dock of 2,800 meters on the current old floating complex, another of 600, a commercial dock of 800 meters, another of fishing of 1,500, a dock of 390,000 square meters and a logistics area of ​​1,650 hectares in a sand and stone sleeve between the Sahara desert and the Atlantic. The Moroccan government announced in an “Avis de Appel d”Ofres” (call for tenders) the tender of which may be in the medium term strong competition for the Canarian ports in its traditional fishing and stopover function on the journey from Europe and Africa to Latin America.

The tender opening date indicated in the notice was January 28, two and a half months after the breakdown of the ceasefire between Morocco and the Polisario Front. The works are on the way to begin in the middle of the war zone, while Rabat pressures Spain and Germany to recognize sovereignty over Western Sahara, and while that territory still to be decolonized awaits a final intervention by the United Nations.

Dakhla is the name of a completely Moroccan population on which until 1976 was Villa Cisneros, capital of the Spanish province of Río de Oro. The Hispanic footprint has been practically erased. The city faces one of the largest -and bite- fishing reserves, shared with Canarian waters, and the submerged mountain Tropic, which is home to the largest vein of tellurium, a strategic mineral, detected so far on the planet.

For that mountain and its mining potential, Morocco’s intention to expand its maritime economic zone has been, since December 2019, a cause of friction for Madrid and Rabat. The project of the port enquista now that thorn of the diplomatic crisis.

Royal Air Maroc already sells flights to Dakhla direct from Paris. It is possible to buy them from June 15 for an average of 400 euros round trip. It is one of the consequences of the development of the project. And also of its French influence.

The French giant Eiffage it was competing in the tender for the port, tendered for 1,000 million dollars. Rabat has awarded the work to the Moroccan consortium Somagec-SGTM, which spokespersons for the Polisario have repeatedly linked the family of Mohamed VI. Saharawi sources in Spain explain that Eiffage does not lose the entire contest, as it will direct and advise the works.

Around the port, the improvement of the Dakhla-Tiznit road is a commission for French engineering Cegelec. And nine kilometers away, the expansion of the airport has been granted to GTR, a subsidiary of another French giant: Bouygues. This airport receives this month an inaugural direct flight from Paris full of French guests, most of them deputies of the National Assembly, while the Polisario Front tries to de facto not make the occupation of Western Sahara official.

Polisarian artillery in a bombardment of Sahrawi positions in the vicinity of Mahbes, in Western Sahara. FP

Every day the Saharawi army publishes a war report in which, almost without interruption, its artillery bombards a Moroccan position in the sand. The old Villa Cisneros track is at least 300 kilometers from the canyons. And much further afield, in Paris, the master of ceremonies that the Polisario points to as a catalyst for these investments. Is named Jean-Louis Borloo, was Minister of Economy with Sarkozy. On December 14, 2020, after recognizing the outgoing American president Donald Trump Moroccan sovereignty over the Sahara – not yet ratified by the deeds by the Biden administration – Borloo encouraged the EU to do the same. Trump’s declaration “is the crowning of an entire journey of the Moroccan people, of His Majesty King Mohamed VI and his father, His Majesty Hassan II,” he declared, with all ceremony, to the Moroccan News Agency.