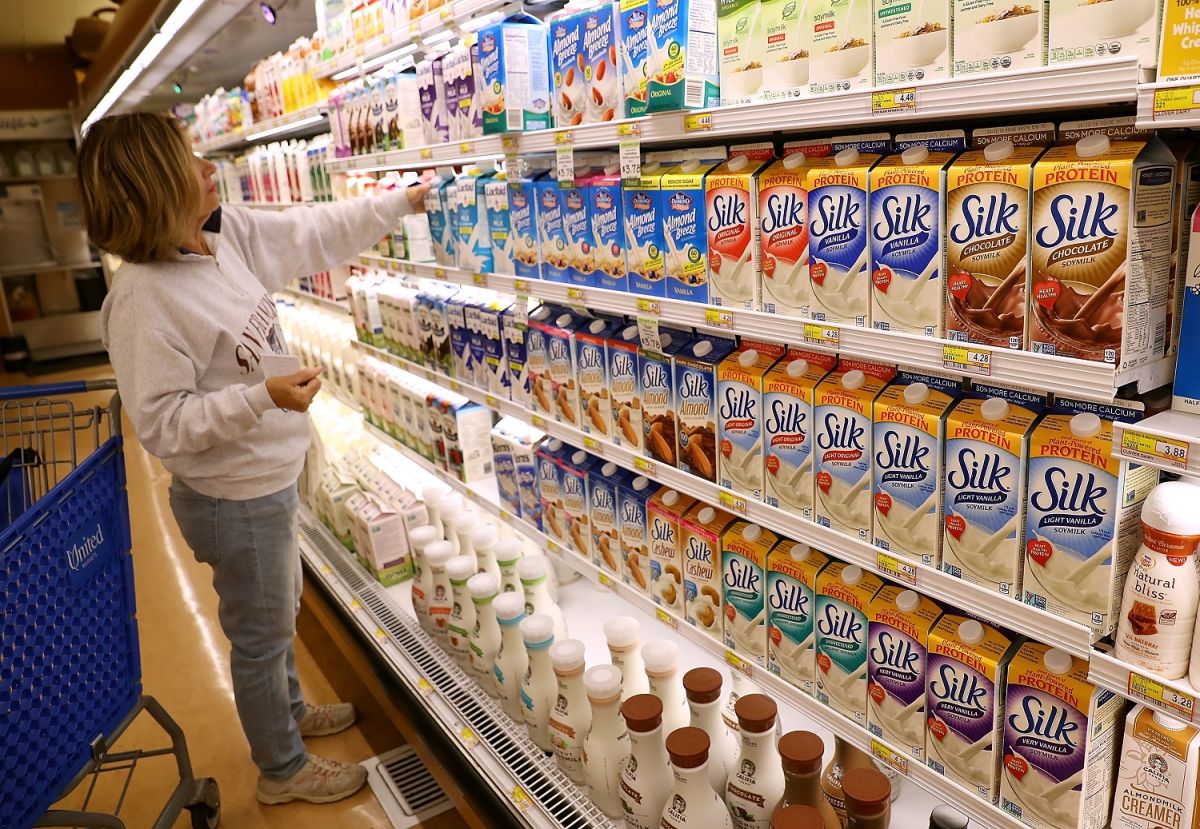 There are many reasons to drink almond milk: intolerance to cow’s milk, its sweeter taste, the idea that it can be healthier or consume it to avoid the exploitation of livestock, in congruence with the desire to avoid animal suffering. However, this intention is questionable when millions of bees die of fatigue and intoxicated by the mass production of almond milk.

In the last five years, the consumption of almond milk has increased by a significant 250%, which represents a profit of about $ 1.2 billion a year, so the consumption of this drink has become a very profitable market niche, according to figures published by Nielsen in 2018.

However, maintaining the production of so-called almond milk is far from being sustainable for the environment, because to guarantee the supply of this fruit from almond trees, growers use millions of bees to pollinate large areas where Prunus dulcis trees are grown.

A report from The Guardian revealed that in the Central Valley of California, where around a million tons of almonds are produced per year, necessary to produce 80% of almond milk which is marketed throughout the world, millions of bees have died of fatigue after being used to extend the cultivation of almond trees.

Only in the winter 2018-2019, about 50 billion pollinating bees on almond trees died for various reasons. First of all, they are forced to work at that time of year, when they naturally have to rest, so their biorhythms are disturbed and interrupted. Secondly, when they are used in almond crops, they suffer from poisoning derived from the use of common pesticides in agriculture, which weakens them and finally causes them to die.

In fact, according to the publication, more than a third of the bee colonies in the United States are raised to be used later for commercial purposes. Y For beekeepers, renting their insect colonies to California’s mega almond farms is much more profitable than producing and selling honey.. However, the cost of this profit is very high, as beekeepers who send their hives to almond farms have seen their bees die in record numbers.

According to The Guardian, commercial bees are considered livestock by the US Department of Agriculture for their critical role in food production, and like other animal species, they are victims of the large-scale mechanization of natural processes that industrial agriculture requires. In addition, it is estimated that more bees die each year in the US than other animals and fish raised for slaughter.

As an alternative, some environmental organizations have developed the “Bee Better” certification program, to distinguish products made with bee-friendly methods, so that consumers can choose responsibly your purchases. And this distinction is particularly important if you are vegetarian or vegan and try to be consistent when choosing consumer products to minimize exploitation and animal suffering, including insects critical to human survival such as bees.