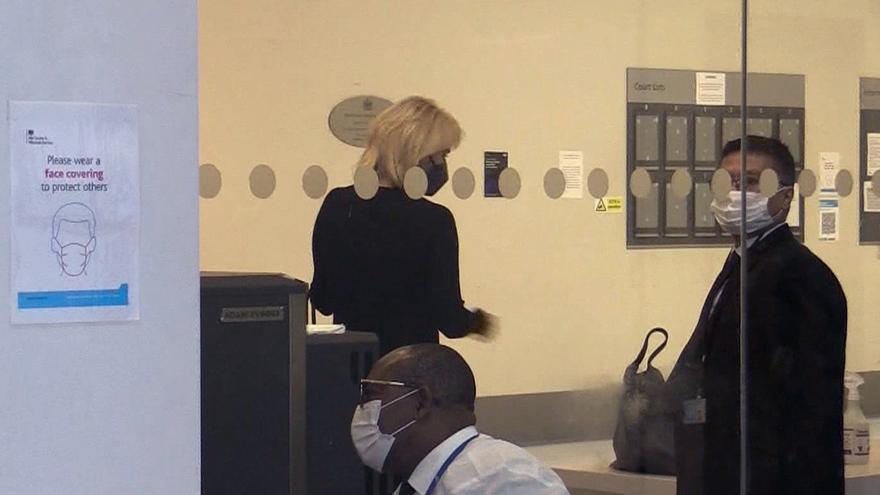 the swiss bank Mirabaud, in which Juan Carlos I deposited between 2008 and 2010 a total of 102 million dollars from the monarchies of Saudi Arabia (100 million) and Bahrain (almost two million cash), avoided reporting to the Swiss body in charge of controlling the activities of the financial markets (Finma) that the businesswoman Corinna Larsen had not reliably justified two other incomes of 5 and 2 million dollars from Kuwait and Bahrain. And he did not warn of these facts, according to the conclusions included in the letter of the prosecutor Yves Bertossa in which he communicates to the financial entity a sanction of 50,000 euros, for “fear” that the authorities of this country would discover the existence of the bank account that the monarch had opened there years before, through the Panamanian foundation Lucum.

On the contrary, the Geneva prosecutor considers, according to the document of December 13 to which he has had access The Newspaper of Spain, that the bank concealed the movements of funds -of at least 7 million dollars- of Corinna Larsen so as to avoid a “significant reputational risk”. Mirabaud thus tried, continues Bertossa, to prevent the money movements of Juan Carlos I from being known, which were connected with those of his ex-lover. In the same sense, the possible impact that this fact had on the image of the bank was one of the reasons given by the entity in 2012 to close the account of the Panamanian foundation of the emeritus.

Throughout ten pages, the Swiss prosecutor reports that the bank already had in 2018 numerous evidences that the money that Larsen had received from the monarchies of the Persian Gulf could have a “criminal” origin“. However, the employees and directors of Mirabaud defended that the explanations and justifications they received had been “sufficiently plausible”. This was the reason, recalls the Prosecutor’s Office, with which the directors justified that they had not alerted the banking authorities of suspicious transactions.

According to the account of the sanction imposed on the bank in 2018, when the first recordings of Commissioner José Manuel Villarejo appeared in the Spanish press in which Corinna Larsen alluded to the accounts of Juan Carlos I, Mirabaud determined that income of 5 million dollars from the Government of Kuwait that took place on November 23, 2010 did not need any additional clarification.

And the directors of the bank did not ask for more data despite the fact that at that time did not have any copy of the contract to justify the significant amount amount of money received, which the Swiss Prosecutor’s Office links to a trip made to Kuwait by the then Spanish Head of State between November 9 and 14, 2010. Larsen explained only that the transaction was due to a consultancy activity within the framework of relations between Spain and Kuwait.

Mirabaud also did not inform the Swiss financial authorities that Larsen had not documented a second income, this one on May 5, 2014, for a value of two million euros from the Government of Bahrain. The German-Danish businesswoman justified this charge by virtue of the services for the development of relations in Europe, Russia and South America. Here he did provide a “small” contract. The Swiss Public Prosecutor associates this collection of money to the activities of Juan Carlos I, who would have traveled days before to this Asian country on an official visit.

Prosecutor Bertossa therefore reports up to five facts that forced the bank to inform the Swiss authorities of Corinna Larsen’s money movements. The first for the press articles of 2018, in which placed the ex-lover of Juan Carlos I as the figurehead of the monarch, something that she has denied at all times. This journalistic information was a serious indication that the assets of the Lucum Foundation were likely to have a criminal origin.

Secondly because the collection of 5 million euros by Corinna Larsen was “insufficiently documented“, since no contract was provided regarding the alleged work carried out by the businesswoman. But also due to the relevance of the amount of the transfer and the justification for it, by virtue of consulting fees, for which the bank should have redoubled its checks.

Thirdly, another indication that should have raised the bank’s suspicions is that Larsen used his personal account to collect 7 million euros, despite the fact that for his professional work he used that of his company, with which he regularly received his fees. : “Because, the transaction should have been considered strange“, emphasizes the prosecutor.

The directors of Mirabaud should also have been alerted to the fact that among the accounts that Corinna Larsen had open and the foundation of the king emeritus there was cross transfers of large sums of money. Specifically, one of the five bank accounts that Larsen opened at Mirabaud benefited, shortly after being opened, from an income by Lucum of 1.8 million Swiss francs. In 2011 and 2012 he received three other installments from the king emeritus foundation, totaling 1.6 million pounds. With these indications the Swiss entity I should have asked those involved about the financial ties between the German-Danish businesswoman and Juan Carlos I, says the prosecutor.

Finally, Bertossa highlights as the fifth element of suspicion that the financial entity based in Geneva was aware that the integrity of the money that Juan Carlos I had in the bank, estimated at around 65 million euros, was transferred to a Bahamian company in the bank. Gonet Bank Trust Ltd.

Also Read  The 10 favorite series of the Emmy Awards 2021

“All these elements constituted indications that Juan Carlos I hid funds of criminal origin by resorting to figureheads”, specifically Larsen, concludes the Swiss Prosecutor’s Office. And these clues should have led Mirabaud to alert Swiss financial authorities to suspicious transactions by the ex-lover of the king emeritus, a performance that he did not carry out, concludes Yves Bertossa.