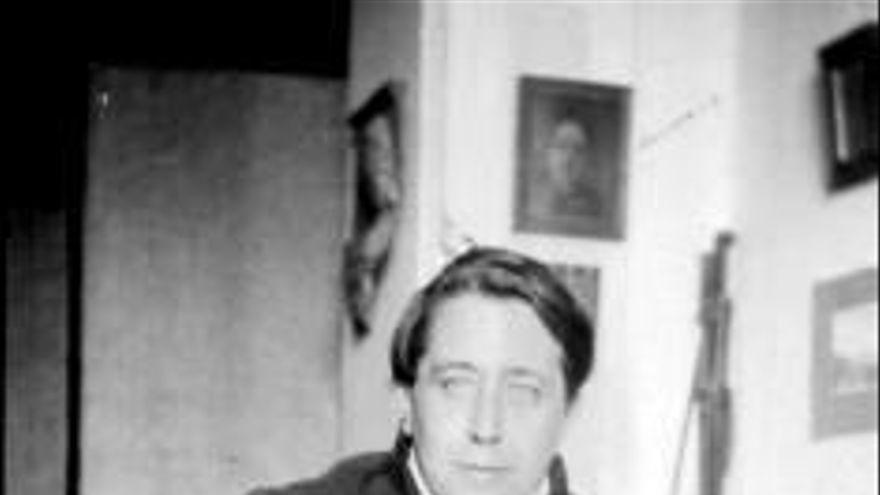 We know, thanks to his letters, that on Monday March 16, 1921 Gabriel Miró, together with his family, returned to Alicante, after seven years of absence, to move immediately to Polop de la Marina, where they will spend that summer and the following, until 1928. From that room he took material to write slowly, distilling the language with precision until he found each word, one of the most beautiful books in Spanish literature, Years and leagues, published in the middle of that last year and seven after being conceived.

The reason for the trip and the summer stay should be noted down some information. In principle, the writer did not come to Polop to spend the summer for pleasure, but out of necessity. Miró, with his family (his wife, his two daughters and his mother), had lived in Madrid since the summer of 1920, after having lived in Barcelona since 1914. The following year, doctors diagnosed his youngest daughter, Clemen, a serious illness and they advised him to change the airs of the capital for those of Guadarrama or those of Levante. Óscar Esplá solved their housing problem by recommending a farm where he had lived, for rent, years before: the “Les Fonts” farmhouse, in Polop de la Marina. Gabriel Miró’s return to his homeland was a decisive event in his life, as we can see from the content of the letters in which he tells some friends of his new state. For example, this paragraph is enough: “I am very happy with our rural life. All my tasks are as a farm boy. I go to town for the purchase; to bring fine water, just born, from the source of the Barranco de la Salud. Clemen is toasting. We immerse ourselves in silence, in the rain and in the sun as in a bath of happiness and innocence. What a poor life ours in Madrid! ”

The transcribed fragment belongs to a letter dated May 24 addressed to the Canarian poet Rafael Romero. The joy of this new life in Polop is central to several of his letters, and from that state of mind arises the purpose of writing something more ambitious. A few days after his stay in Polop de la Marina, he informed Alfonso Nadal: “I want to make a book. It is preferable that my peasant prints are spun and woven harmoniously. For that I need to wait for myself, and hope that the work is forged together. ” The book has to be the fruit of maturation, with time and work, and it has to have unity (that “be forged together”). You do not intend to write a series of articles to later compile them into one volume; That is an idea that he discards. A few weeks later he insists on the matter, reiterating his refusal to write articles for the newspaper Advertising (from where their collaborations were requested); He has to write them as “articulated chapters that he had to do in Madrid. Things don’t crystallize right away. And I don’t know how to write ‘immediately’ in front of what impresses me ”. Miró never wrote “on site”, nor moved by that curious rapture called “inspiration”; These “chapters” were not written in Polop (as many Mironian scholars tend to affirm); there he lived intensely and collected his impressions; then he forged a text with them that he would have to perfect, as we see in the different reissues. A book so luminous, so full of nature, was written, for the most part, on winter nights, by the light of the lamp in his office, on the floor of a neighboring building on Rodríguez de San Pedro street. , in the Madrid neighborhood of Argüelles. And it was being written “at a distance of time.” The first texts appear in 1923, in The nation of Buenos Aires, and they do it as “chapters” of Years and leagues. The book, unitary (I insist that it is not a collection of prints), grew over seven years, from its conception in 1921 to its publication in 1928; and its chapters were seeing the light, in a different stage and with a different order, in a couple of newspapers, mainly: in the aforementioned The nation, from February 1923 to December 1925, and, much modified, in Sun, from November 1924 to December 1927, when the last section of the book appeared for the first time, the superb “Images of Aitana”.

Miró returned every summer to the same farmhouse in Polop; but the recreated year is the first. Because that is what is told and what constitutes the subject of the book: a summer, from June to September, in which Sigüenza returns to the countryside of her native province after twenty years of absence. That feeling, that of return, and its consequences on the character’s mood, is the object of the writer’s attention throughout those crucial years in his life: he began to think about the book when he experienced his first impressions, at the age of 41. , and saw it published at 49. His writing goes through the best years of his maturity and reaches almost to the threshold of that moment when he declared to his editor, Ruiz Castillo, in 1929, now from the Benisaudet estate, in the only year in which he spent the summer there: “50 years, Castillo! I must begin to be old. ” Nine months later he died without entering old age.

That single summer, which he recreated over seven years, is sustained by the sentiment alluded to in a 1923 letter to Germán Bernácer: “Don’t you remember our first year at Polop and El Molino as a happiness?” (The “Mill” is the one in Ondara, in Aitana, a place he only went to for the first year). The experience of happiness ¾that is, its permanence in memory and, therefore, its presence¾ is what he manages to express in a book of plenitude: a solidary happiness of consciousness and the feeling “of its limit, that of death” ; because it is a book about the joy of living and the painful awareness of our finitude. A book that, if it has to be placed in some genre, would be that of the novel, a lyrical novel (perhaps the best in our language) built on the Cervantes model: succession of episodes, centered on a protagonist, interspersed with short novels born “from the same events that the truth offers” (as Cide Hamete points out, at the beginning of chapter 44 of the second part of the Quixote).

We must go back to Years and leagues; frequent those pages where an essential image of our land is contained; an image not local, but universal (“it has to be of a specific place, and beauty is”), saved from the ravages of time thanks to the perfection of its shape.

A few weeks after Miró’s death, Azorín wrote something that we must understand in all its sense: “Years and leagues It is not only a capital work in our lyrics, but it also marks an epoch in our literary thought. ” Very complex book, in which sense (or senses) we must deepen. As a university student, I affirm that this book is asking for a Symposium for itself; Hopefully it can become a reality in the next few years.