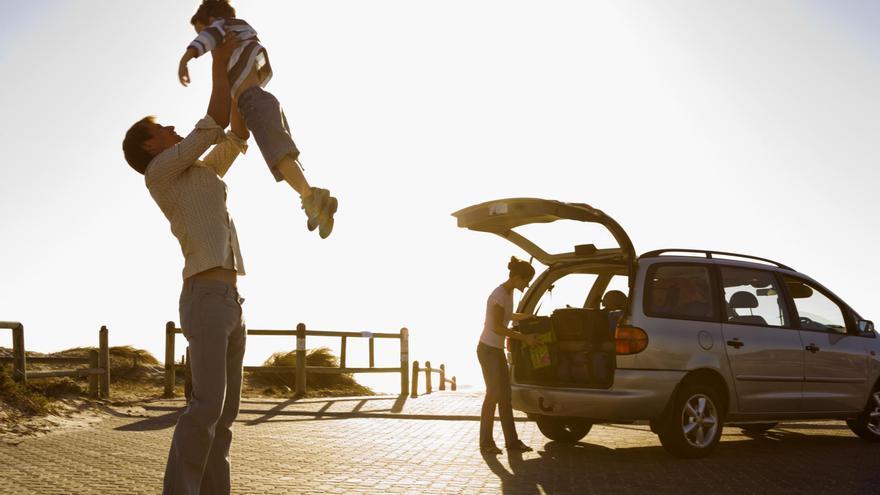 Specifically, the study of population mobility based on the mobile phone positioning During the period January-December 2021, it analyzes in particular the mobility of residents in Spain for two specific days of the summer (July 17 and August 15.

These data only collect the mobility of the population residing in Spain, since the original source is national dial-up telephones. Therefore, the movements of foreign telephone numbers, which operate in Spain in ‘roaming‘, usually in the hands of foreign tourists.

For its part, on August 15, the pattern was very similar, but with a greater amount of population displaced from their place of habitual residence, in general terms. Thus, 534% more population was concentrated in Noja than usual, while in 2020 it was 448% more and in 2019 it was 549% more.

Exodus in the big cities

In areas with more than 10,000 inhabitants, on August 15, 2021, less than 25% of the resident population in some areas of Asturias, Guipúzcoa, Murcia and Zaragoza, and in the provinces of Madrid and Barcelona.

Regarding the large cities of Spain, the main destinations for people from Madrid were located in the summer on the Cadiz coast (Chiclana), in the Levantine (Gandía, Denia and Oropesa del Mar) and in the province of Segovia.

In the case of Barcelona, ​​the most frequent destinations were places on the Catalan coast or the Pyrenees, such as Palafrugell, Alp or Calafell.

Valencia residents chose mainly destinations on the Levantine coast (especially Jávea and Denia), those of Sevilla They opted for coastal areas of Cádiz and Huelva (such as Chipiona, Rota or Almonte) and those of Zaragoza for mountainous areas (such as Sallent de Gállego and Jaca) and the Catalan coast (Salou).

The situation in 2021 it is analogous to what happened in the summer of 2020, although with higher flows. Thus, movements in the five most frequent destinations from each of the main cities increased, on average, by 32.5% compared to 2020, although 3% lower than the 2019 levels.

Some urban areas were practically empty on August 15, 2021. In neighborhoods of Alcoy, Baracaldo, Córdoba, Irún, Segovia or Lezo some areas had less than 10% of their population.

Some cities with more than 50,000 inhabitants were also being emptied. The municipalities of Irún, Fuenlabrada, Pozuelo de Alarcón and Rivas Vaciamadrid they had less than 40% of the population that habitually spends the night in them.