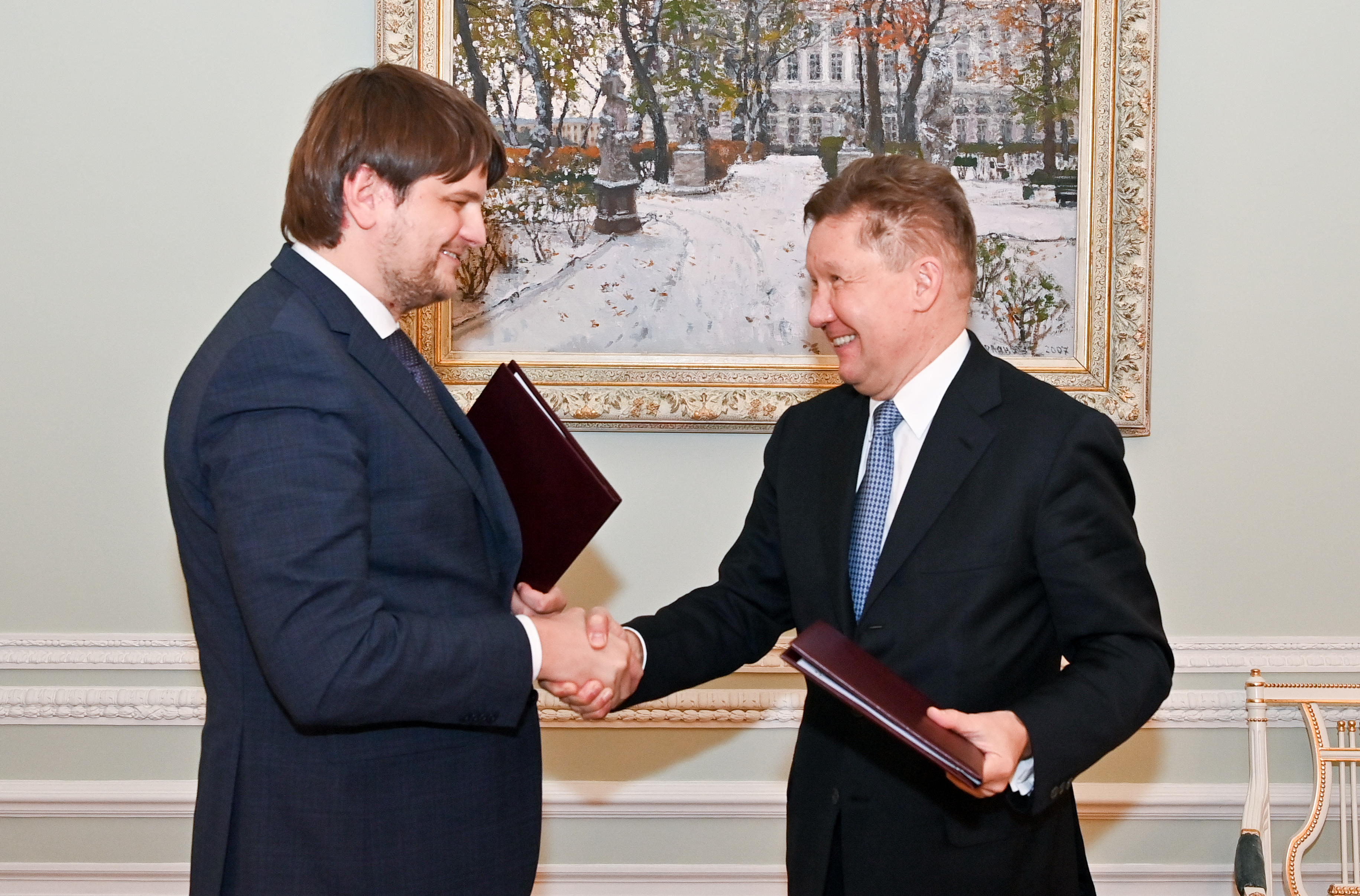 Moldova has signed a new gas supply contract with Russia’s Gazprom to end the energy crisis. The deal comes after weeks of intense two-way Chisinau negotiations: with the Kremlin-backed company, which had tripled prices and slashed supplies, sending one of Europe’s poorest countries into a complicated drift on the doorstep of the winter, and with the European Union, which agreed to a grant of 60 million for the small ex-Soviet republic and accused Russia of using the price of gas as “a geostrategic weapon” to force Moldova to remain in its orbit and stop its recent rapprochement. towards the EU.

The new agreement with Gazprom, which until this month had been the sole supplier in the country, is for five years, as announced this Saturday by the Moldovan Infrastructure Minister, Andei Spinu. Moldova will pay about $ 450 per thousand cubic meters of gas; afterwards, the price will go down depending on the stock market, said Spinu, who remarked that it will be “twice lower than the market price.” The Russian gas company spoke of a “mutually beneficial” agreement.

Until September 30, Chisinau paid Gazprom, which has the monopoly of transportation in Russia’s gas pipelines, about 200 dollars (170 euros) per thousand cubic meters of gas; When that contract expired, the energy company raised the price to 790 dollars (680 euros), an amount that Moldova assured that it was not in a position to pay. The new pact also implies an audit of the debts that the Russian gas company attributes to Chisinau and that had also been part of the negotiation. Deliveries, says the Moldovan government, will begin on Monday.

Moldova, a country of 2.6 million inhabitants wedged between Romania and Ukraine, declared a state of emergency last week due to the energy crisis, after Gazprom, when the supply contract expired and did not reach an agreement to renew it, cut the supply by a third and threaten to cut it off completely. The cut, Moldovan Prime Minister Natalia Gavrilita said, put the country in a “critical situation.” Not only did it cause a small drop in the industry’s production, the switch of some companies to fuel oil, and the fear of households to run out of heat while the cold is on, but it also threatened to cause damage to the transport pipes of the country gas. EU High Representative Josep Borrell on Thursday accused Russia of using gas as a “weapon” against Moldova.

The Moldovan crisis is another chapter in the global energy emergency, in which critics of Russia have accused Gazprom – which supplies a third of the gas to the EU and is its largest supplier – of cutting back on pumping as blackmail to speed up production. approval of the controversial NordStream 2 gas pipeline, which will bring Russian gas directly to Germany bypassing Poland and Ukraine. This infrastructure is only in the absence of the final green light after years of delays by the opposition of the United States – which also wants to place its own gas – and several Eastern countries, and sanctions.

For years, Russia has used energy and supply agreements as a tool to maintain a certain influence over its satellite countries (in September, for example, when the energy crisis was already venturing, it renewed the contract with Belarus for next year for a price of $ 128.5 per 1,000 cubic meters) and also towards others heavily dependent on their gas. In fact, after the Moldovan situation, some observers and EU officials see a punishment against Chisinau for its rapprochement with the Union. Moldova last year elected pro-western Maia Sandu to the presidency, against former president and Kremlin ally Igor Dodon, and confirmed its European affinity in this year’s legislative elections by backing Sandu’s party. Moscow has rejected the accusations and assures that the fight for the supply and prices of gas is “exclusively commercial”.

Russia’s strategy has unsettled Brussels, which on Thursday offered € 60 million (equivalent to 20 days of gas imports at current market prices) to support Chisinau in dealing with the energy crisis and technical advice and logistical assistance. to enhance the diversification of its supply. However, Moldova has ended up signing a new pact with Gazprom in Saint Petersburg. Prime Minister Gavrilita had already pointed out that her country could not depend on or face purchases from alternative sources in the daily market.

This week, after declaring a state of emergency, which allowed the Moldovan government to provide extraordinary funds to the state company Energocom to buy gas from alternative sources, Chisinau signed with Poland its first purchase from a source other than Russia in the 30 years of history of Moldova as an independent country: one million cubic meters of gas. On Friday, Ukraine’s state energy company Naftogas announced a tender to supply 500,000 cubic meters to the neighboring country.

Analysts and observers have feared that Moldova, which is balancing between Russia and the West, in exchange for a good gas supply agreement with Moscow will make concessions to the long-awaited anti-corruption and justice system reforms demanded by the EU; or even on the pro-Russian region of Transnistria, recognized as part of the State of Moldova by the international community, which declared itself independent in 1990 and which maintains a contingent of Russian troops. This Saturday, the Moldovan Infrastructure Minister has tried to ward off that ghost after the agreement with Gazprom: “To avoid speculation, the signed protocol [con Gazprom] it does not contain any political commitment, “he said on his Facebook page. “The Transnistrian region is not mentioned in the agreement in any way,” he added.