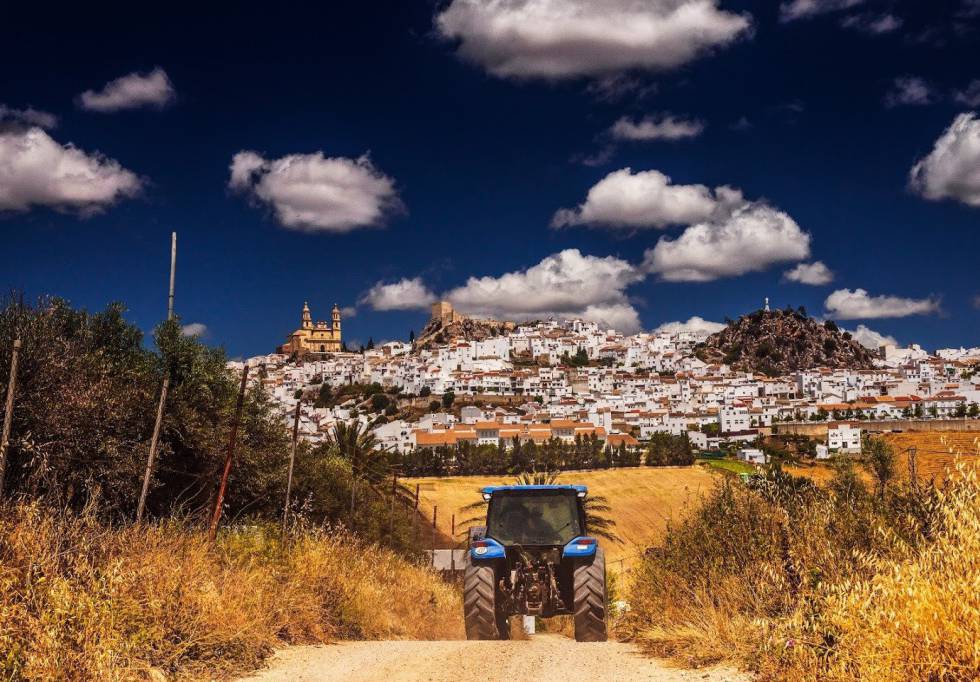 To the problems that afflict rural Spain in 2021 we must add a heritage that dates back to the 19th century: the so-called mountains of partners. The legal mess of these properties has its origin in the confiscations carried out mainly by Mendizábal and Madoz, for which the State expropriated the lands in the power of “dead hands” (Church, nobility or municipalities) and took them out to public auction. Most of the small properties were bought by the inhabitants of the nearest towns themselves. They then became co-titled lands, under a pro-undivided regime. And so they continue more than 170 years later.

In 2021, some two million hectares, that is, 20,000 square kilometers, which represents 6% of the Spanish forest area (the equivalent of Cantabria, the Basque Country and La Rioja together), are under this regime. “There are two major problems: the identification of the current owners, since the majority are descendants who no longer live in the towns or heirs that do not even exist, and the economic costs of non-exploitation and non-conservation of these lands” , declares José Miguel Tabarés, vice dean of Registrars of Spain.

The cost is motivated by the loss of profits, since most of the forests of existing partners cannot be cultivated or exploited forestry or used for tourism or energy purposes due to the lack of the necessary quorum among the owners of the joint venture.

A further push towards the rural diaspora in areas already badly hit by depopulation. Although these co-titled lands exist in all the autonomous communities and in almost all the provinces, the most affected are Castilla y León and Aragón.

Subsoil. The lands known as partner mountains can hide all kinds of resources from which it is not possible to get any profit right now. An example of this is found in a municipality in the province of Ávila, where it is known that there is a feldspar mine that, for the moment, is impossible to exploit.

Renewable Large energy companies are increasingly expanding their wind farms in rural Spain. There have been cases, confirmed by the registrars but without giving geographical details from which the companies themselves also flee, of renewable energy projects that chose mountainous lands of partners to install a park as they are considered suitable. Given the difficulty of reaching a quorum or not knowing who owns the property, the companies had to explore another location, which resulted in significant loss of profits for the affected municipality.

Environmental neglect. Forest fires, for example, are much more frequent in municipalities where there are partner forests. The lack of conservation is the cause that the lands are not cleaned or maintained, which also leads to great erosion.

In addition, “there are environmental prejudices and loss of natural resources for the area due to lack of care,” they explain in Teruel Existe, whose senator, Beatriz Martín Larred, affirms that the problem “affects many more towns than it seems.” In short, there is the paradox that the situation that was wanted to avoid at the beginning, the land in dead hands, is more current than ever. It must be taken into account that the vacant quotas, which are the majority, pass to the State.

As it is, movements are taking place. On April 13, the Congress of Deputies unanimously approved a non-law proposal (PNL), presented by Teruel Existe, to provide the member forests with a specific regulation that advances the solution.

On the other hand, the registrars, first-hand actors in the regularization of property titles, have taken action on the matter. José Miguel Tabarés points out that, as a result of a presentation on this subject debated at the VI National Congress of Registrars, held recently in Valladolid, the College plans to set up a study commission to find a legal answer. The position of these professionals is clear: it is necessary to go through a phase of identification of the owners as complete as possible and, once carried out, create limited partnerships. “This mercantile figure is the most appropriate to obtain financing and resources that initiate the socio-economic performance of the partner forests.”

However, not everyone agrees with this measure. The Agrupación Forestal de Soria, one of the most combative in this battle (not in vain, the mountains of vacant partners occupy 180,000 hectares in this province), defends that the legal solution is the management boards. These were created in the 2003 Forestry Law and consist of a series of beneficiaries forming a board to manage the properties in question. At present, 85 management boards operate throughout Spain, and for Pedro Agustín Medrano, director of the Montes de Socios project of the aforementioned Soria group, “it is the best solution and, if not, ask the registries.” Medrano is opposed to setting up limited partnerships because “it has already been tried and they have not solved anything, while a virtuous circle has been opened through the management boards.” He adds that many co-owners have renounced the distribution of dividends to make them viable.

Another problem faced by the identified descendants and members of the joint venture that make up these mountains is fiscal. The representative of the Soria Forestry Association indicates that it is necessary to “open an adequate relational framework with the Treasury since the clarified quotas [es decir, a los propietarios identificados] they are made taxed for an attribution of income that is not obtained ”. For Medrano, the limited company is also fiscally expensive, “so the collar is worth more than the dog.”