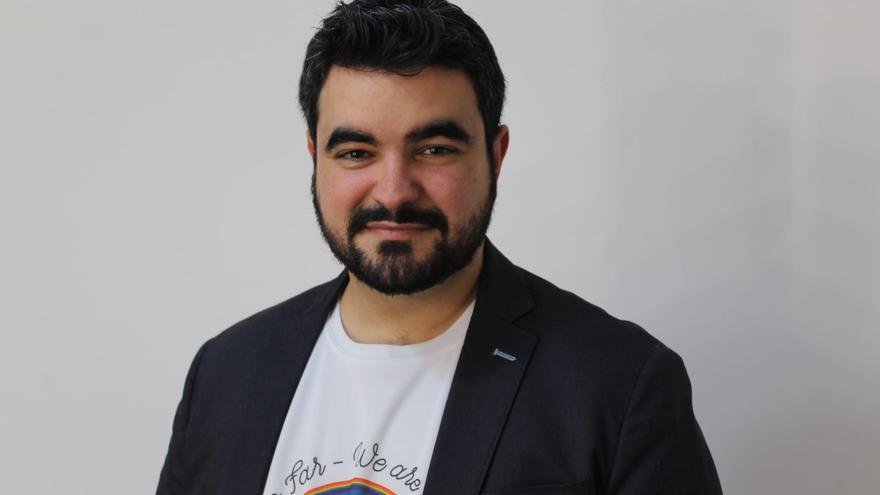 The pandemic of coronavirus has affected to all sectors of the population, including the affective and sexual life of people. The excessive time locked up in their houses has influenced the quality of life of both couples and single people, according to sexologist David Mellado, president of the association Acción Social, Educación y Salud (ASES) in Aspe.

While Mellado was studying Pedagogy, an elective in the course changed her career goals: Education for sexuality. The subject made him change course because he realized that “There were people who suffered a lot by not verbalizing what they felt and the problems they had”.

In 2012, the Aspense sexologist together with two professionals undertook a project in the municipality of Aspe, in the interior of the province of Alicante. A association that has been working for nine years in three specialized fields: breast cancer, menopause and couples therapy. During the confinement, his consultations experienced a great increased demand among couples and single people, being so, the main issue to be discussed. During post-confinement, dating became 100% online Through video calls, phone calls or via email, which is more comfortable and safer for the association’s patients.

During the first four months of 2020, the ASES Association experienced a high demand for consultations from couples between 25 and 35 years old pexels

Has confinement caused new sexual problems among the population?

There have been no “new problems” as such, but we have observed more complex realities for all couples in general, which have been harmed by an excess of time together and a clear lack of personal intimacy. The quarantine has upset all that stability that is so difficult to recover. Everything has intensified a lot and with each day that passes without being resolved, it costs more to reach a successful port.

What is your advice for battling boredom in bed?

Have you noticed any changes between the people who come to your consultations during and after confinement?

We have been pleasantly surprised by the increase in younger couples, between 25 and 35 years old, who have requested our services. Perhaps the new trend is to prevent and improve together as a couple rather than waiting for trouble to seek help “in extremis.” On the other hand, we have received a good number of people who were single who have shown a lot of responsibility about interpersonal distance, perhaps due to an extra feeling of rejection caused by loneliness and that will be something that will have to be analyzed in the longer term. .

How do you think sex education is in the province?

There are localities of very different political parties that have opted for holding events related to sex education. For example, in Pinoso led by the PSOE or in Orihuela by the PP where we agreed to care for a whole year. However, much more attention is needed in mental, psychological and, of course, sexual health because it is not only lost, but denied.

“My advice is to degenitalize sexuality, play with every square inch of the skin without seeking penetration as completion”

During the pandemic, how has the figure of the sexologist evolved?

Many people have questioned feelings, relationships with others, what is really important, if they feel loved and what they would like to improve. Which would explain the collapse it caused in the world of sexologists. The total distance fell to all of us to continue working, but the closeness between sexologist-user has not been lost at all. We continue to listen, ask questions, give advice, and resolve conflicts.

What was it like to approach the pandemic from your professional field?

At the beginning of the quarantine we had a very high peak in first dates, almost all couples who in that slowdown in their lives, returned to see each other calmly, to talk, and did not recognize each other. Until that sudden stop they had not realized how much they had changed respectively. The star phrase of those months for us was: “He is not the person I married.”

What should hurt couples do when they spend too much time together?

That they try to organize some different activity, something that comes out of their usual vacation routine, a dynamic with which to laugh, novel at its best, play a lot, and also, try to meet people, together and individually. Due to the restrictions that we have had in recent months, this summer the phenomenon of sex in open spaces and even in public is attracting more attention. So everything indicates that this will be a very entertaining summer period. And, of course, in the event of any hint of a problem, difficulty, fatigue or lack of desire (which is not usually recognized as a problem), go immediately to a sexologist.

After the social and perimeter restrictions and with the bars closed, meeting someone became a complicated task, therefore, dating applications experienced an increase in users, do you recommend the use of these tools to meet someone?

You can find everything, but the same can also happen on the street. It is a different way of meeting people, I recommend not lengthening the conversations and meeting to get to know each other as soon as possible.

What is Ior more important for the communication with your partner?

Hear. If people really learned to listen, relax and enjoy, half the clientele would leave, believe it or not. There are too many stereotypes and social constructions such as “I have to comply”, manhood or womanhood are very heavy cards that have been sold to us and they are not real