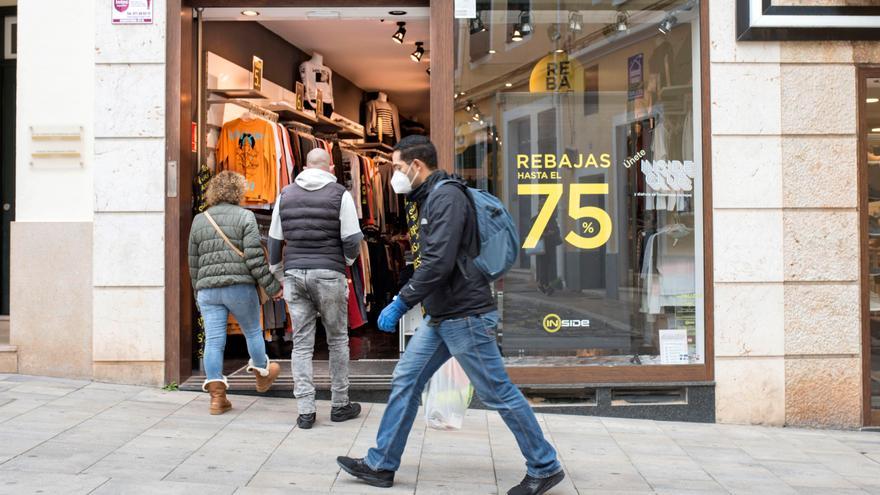 The January sales have been advanced this 2022 in many commercial establishments. It is already usual that before January 7, the official day for its start, stores hang posters with discounts up to 70% in some of its products to attract those most lagging customers who have not yet made the last Christmas purchases or have not yet decided on the gifts of Kings.

Despite the increase in cases of coronavirus In recent weeks, Spaniards are more optimistic this year: they are once again betting on buy in physical stores and the budget that they plan to spend on the January sales has returned to pre-pandemic levels, after increasing 3.44% compared to last year, according to a survey carried out by the mortgage comparator iAhorro.

In this way, consumers plan to spend 96.33 euros per capita On average, a data almost identical to that collected by the same survey carried out in January 2020, just a few months before the Government decreed the state of alarm. By communities, Residents of the Canary Islands (with an average of 82.34 euros per capita) and Galicia (84.33 euros) are those who expect to spend the least money and they are at the bottom of a ranking that they lead, another year, Basques (109.99 euros) and Navarrese (105.55).

Also the purchase in physical format recovers data prior to the pandemic. Currently, more than half (52.38%) of those surveyed by iAhorro choose to make purchases during these sales in a physical store, an option that has increased more than two points compared to last year. Specifically, 18.94% of consumers will buy at a “physical discount”, compared to the 17.72% who would do so in 2021; and 33.44% will do so in a “physical outlet”, compared to 32.34% a year ago.

“People want to come back little by little to try and see the product before buying it. This happens especially with fashion and textile has a great weight in the sales ”, says Antonio Gallardo, an expert at Banqmi, the financial comparator of iAhorro.

The January slope runs from November to March

The traditional January slope is getting longer and longer, as the period of offers each year is extended a little more. There are shops in which discounts start in November with Black Friday and do not end until spring, with the end of the sales. Therefore, our pocket (and our bank account) experiences disbursements that are very difficult to recover from.

So much so that more and more people postpone payments so they don’t have to face them all at once. How? Financing with card, either revolving or normal credit card. The iAhorro survey reveals that this option is already preferred by Spaniards: 34.33% choose it to pay the expenses of the 2022 sales, compared to 30.11% who opted for it just a year ago.

Almost in the same proportion that the option to finance with a card rises, the option to pay with the earnings of the month decreases. This alternative has been in decline for more than four years: in 2019 36.01% of those surveyed opted for it and this year only 29.11% did. In addition, this option loses more than four points in a single year.