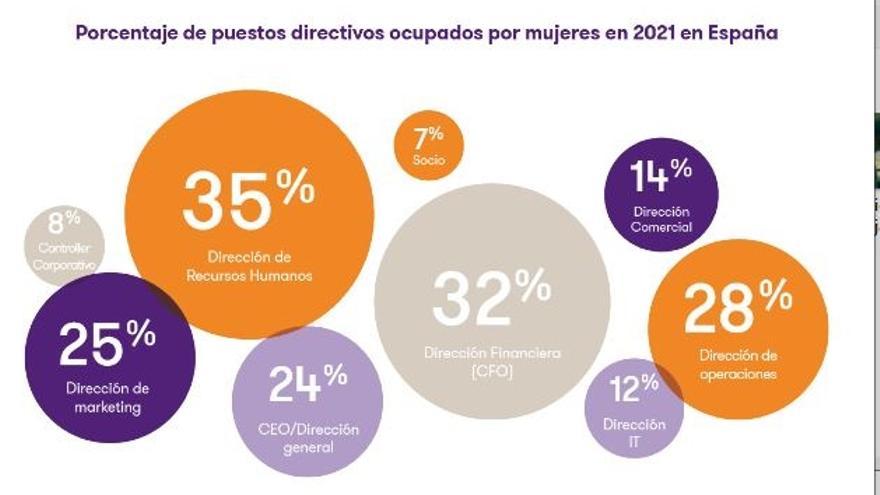 The first, that is the “a” is that there are already 21 IBEX companies with between 30 and 50 percent of Directors, from which it follows again that the Ibex is a locomotive, although among its companies there are only two female presidents and one CEO, which could be the cross of the face. But the “b” is that still ten companies of the selective do not have women or only have one in their governing body. Thus, we find an average of 25.8 percent of female directors in listed companies. What has increased the proportion? Yes. That in a decade the female directors in the Ibex have doubled? Also … But despite progress “adequately”, the subject is not passed or with reinforcement. Because in 2021 we should be 30% of female directors, according to CNMV recommendations and reach 40% in 2022, which seems complicated, no matter how much turbo is used. And the worst thing is that, as Nuria Chinchilla said in the presentation of the report, companies lose that female eye impacting business decisions, a fundamental eye.

This year there is a lot to celebrate (from home, with words, with images, with social networks). For example, the path to co-responsibility that marks the reform of paternity leave; by the way, please do not say low, that this is caused by illness and being a mother or father is not. Leave for the birth and care of the minor is equal to 16 weeks regardless of sex, divided into two stages, a mandatory first of six weeks, after childbirth, and another to be negotiated with the couple and the company throughout the first year of the son or daughter. This reform, beyond promoting co-responsibility, encourages companies not to see motherhood as an economic sacrifice to pay but as a great event that occurs within a family group and that affects men as well as women.

But the year lives not only on celebrations, since the pandemic has revealed many problems focused on 50% of society. For example, linked to essential jobs performed by them, who have not had the opportunity to take advantage of teleworking. For example, linked to the loss of jobs that have more to do with them, such as those related to hotels, restaurants, tourism … But also during this year there are women who have seen how they were denied the option of teleworking, despite having the conditions for it. According to the platform Bad mothers, those affected in this case have been 37 percent. In your association I don’t quit, created to ask for a State pact for conciliation, have conducted a survey among 100,000 women, the results of which include truths such as that 4 out of 10 have experienced some discriminatory aspect in the company when they became a mother (37%). Among the discriminatory reasons, it stands out that 22% of them have not grown professionally since they had children. In addition, 8% were taken away responsibilities and another 8% have suffered discrimination from their colleagues.

Hopefully more counselors, more directives are helpful to twist the hand to these situations.