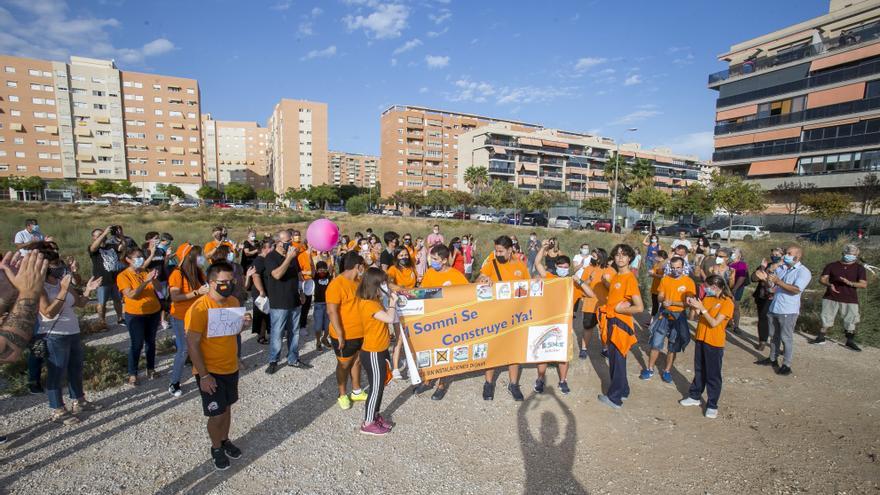 Two weeks have not been enough for the responsible technician to prepare the necessary report for the award of the millionaire cleaning contract for schools and municipal offices, for which reason the envelopes with the financial offers from the eight bidding companies. The procedure was postponed, so there are still no favorites to stay with a contract of 45 million euros.

There were also no new developments, although they were expected, in the drafting contract for the technical projects for the construction of two schools, El Somni and La Cañada del Fenollar, within the Edificant Plan. In this case, the doors were not opened either. five economic proposals, despite the item being included on the agenda. Yes, the offers for the drafting of the improvement projects in the educational centers of the Juan Bautista Llorca, the Holy Guardian Angel and Florida. Of the three valid offers, the most interesting economic proposals are, in order, those of Belmonte Botella Arquitectos, followed by Studiomas Concept and TA3 SLP. This contract, however, is still awaiting a technical report. The proposals to write the Juan Bautista Llorca project are between 66,550 euros and 83,728 euros; for La Florida, from 16,940 euros to 20,207 euros, and, finally, the offers for Santo Ángel are between 49,610 and 59,825 euros.

This is how projects progress that have been blocked in the Alicante City Council until the end of 2021. In fact, in Alicante, the balance of the Edificant Plan in the city is limited to one emergency stairs at the Emilio Varela school, with an investment of 44,000 euros.

On the other hand, as reported by the municipal government, the Contracting Board of the Alicante City Council has pre-awarded this Wednesday the landscaping improvement works of the Óscar Esplá avenue, between the Plaza de la Estrella and Casa del Mediterráneo. The municipal body has proposed its award -once the required documentation is provided and accepted- to the company, Engineering and Management of Irrigation and Landscape, with an investment of 103,563 euros and an execution period of three months.

The Councilor for the Environment, Manuel Villar, explained that “the ‘Brota Alicante’ Parks and Gardens service had been working on this project aimed at renovating the landscaping of the flower beds throughout this main boulevard of the city of Alicante, which is quite deteriorated by the passage of time and that requires this action to restore its splendor and put it in harmony with the landscape with the rest of the landscaped areas in its surroundings”.

The landscaping improvement project of Óscar Esplá avenue contemplates the improvement of landscaped spaces, which are going to be replanted due to their deterioration over time. The reseeding of the lawn in empty spaces and reconditioning of deteriorated areas to provide them with greater vitality is also contemplated. In addition, the project contemplates the repair and replacement of the street furniture benches, maintaining those that have an original design from the time of construction of the promenade. Action will also be taken in the children’s play area, where the current elements will be replaced by new ones of an inclusive nature.

The Contracting Committee has also proposed the award of the Adaptation works of the Antonio Miñano Martínez square in the Tómbola neighborhood to the Engineering and Management of Irrigation and Landscape company, which has been assessed as the best offer with a budget of 107,278 euros. The renovation work will be carried out within a period of three months, on an area of ​​action of about 1,400 square meters

The planned works will involve the planting of new trees and shrub species, the installation of a centralized irrigation network for better water management, the renovation of urban furniture, and the replacement of the current and obsolete children’s games with others that are inclusive and intended for children with different types of disabilities.

In the same way, the Contracting Committee has proposed the award to Engineering and Management of Irrigation and Landscape the works of adaptation of a green area for pet-free walking at the confluence of Palangre and Redes streets, which has submitted an offer of 43,493.45 euros.

Villar explained that “the green area located between Palangre and Redes streets is currently in a fairly degraded state, due to the lack of infrastructure in the area”. To improve the area, a fence will be installed in one part of the plot equipped with two double access doors, a perimeter vegetable hedge will be planted and benches will be installed to facilitate the stay and a drinking fountain for pets, among other actions.