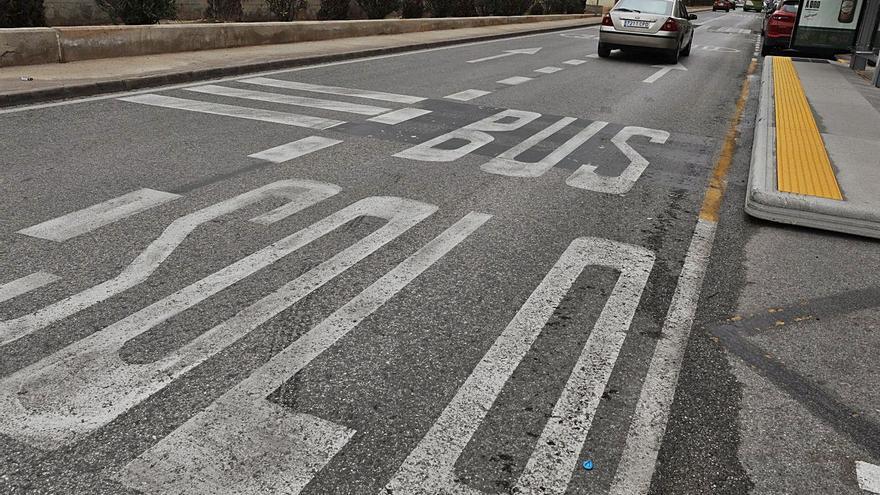 The Councilor for Mobility, Esther Díez (Compromís), assured to be aware of the breaches in this vial, Therefore, he warned that they will increase the vigilance of the Local Police in this bus lane to prevent them from being used in an erroneous way, especially as loading and unloading, which is what harms the urban bus the most.

According to the mayor, this bus lane is designed above all to serve “to protect the surroundings of the stop that has been taken to the own lane, so that when cars do not invade it, it can be agile to the bus.”

That is why Mobility plans to require agents to respect this bus lane and the new ones that have been incorporated.

Despite the little success it is having in the section of Avenida de la Universidad, due to those who skip it, the City Council wants to keep it as is, as a general formula for avenues that have accessible stops.

At the end of the year, the Puertas Coloradas neighborhood opened another exclusive lane for urban transport that even caused some residents to protest on the street over the abolition of free parking spaces, which mainly affected the Eduardo Ferrandes García or Blas Orts roads. Sanchez.

The government team’s commitment to sustainable mobility is leading to the extension of accessible stops to the busiest axes of the city and also to creating exclusive bus lanes, sacrificing traffic lanes. The last case is that of Puente Ortices, the continuation of Calle Nuestra Señora de la Cabeza. A key access to the center where for a few days the vehicles only have one lane. This area will also be more monitored in the coming days, at the request of the Department of Mobility. This philosophy is part of the municipal plan to calm traffic in the downtown area, which has meant remodeling fifteen streets in less than a year with an investment of more than one million euros.

The actions have involved remodeling roads “punishing” the passage of vehicles to give priority to buses, bicycles or pedestrians. To make this decision, Mobility has relied on the fact that more than 80% of the polluting emissions in the city are from road traffic.

Based on this, Compromís has argued that air quality must be improved, providing facilities for public or alternative transportation.

In a city with more than 155,600 vehicles, where the fleet continues to grow every year (the past added a thousand more passenger cars compared to the previous one) The City Council has promoted this month the “30 days by bike” campaign, in order to promote this sustainable transport model in the city on a daily basis, either with the private bicycle or with the public loan service Bicielx.

This hourly rental system has 46 stations throughout Elche, which house 391 of these sustainable vehicles and that in total have traveled 4,886,013 kilometers. In addition, since the beginning of BiciElx, according to the City Council, 2,410,112 loans have been made and the emission of 255 tons of carbon dioxide into the atmosphere has been avoided. There are 26 kilometers of bike lanes in the town center and 57 kilometers of bike lanes in Camp d’Elx.