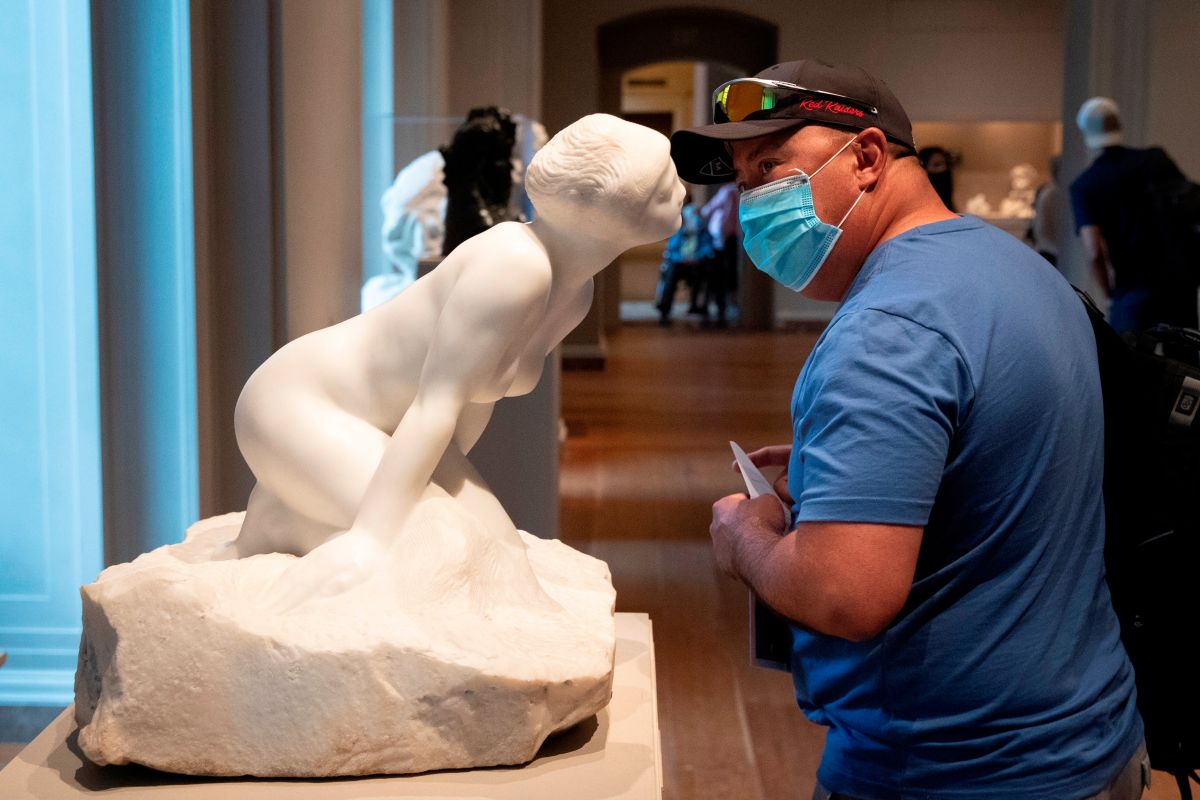 More than 15 states in the United States announced their intention to immediately comply with new rules from the Centers for Disease Control and Prevention (CDC) that allows vaccinated against COVID-19 stay indoors or outdoors without wearing a mask.

However, others such as New York, California, Wisconsin, Massachusetts, Hawaii and Maine, continue to wait to confirm that the new guidelines endorsed by the White House are indeed safe.

Is it really effective that vaccinated people do not use masks in closed spaces?

Among some sectors, doubts persist about whether the measure is really adequate at this stage of the pandemic, since it is difficult to know who has been vaccinated and who has not, and it is up to citizens to do the right thing.

The NBC report also highlights that union groups warned that employees of stores, restaurants and other businesses could be exposed to the coronavirus, in addition to being forced to play the role of “vaccination police.”

Some supermarkets like Walmart have already eliminated the requirement for masks

Supermarkets Walmart, Publix, Costco and Trader Joe’s have already eliminated the requirement for masks for those vaccinated. But chains such as Home Depot and the supermarket Kroger Co., announced that they will maintain the mandate of the mandatory use of the mask for now.

Businesses and public officials are not the only ones asking for more clarity on the scope of the new provisions.

For example, the president of the American Federation of Teachers, Randi Weingarten, said that the union, with 1.7 million members, tries to understand what change means. In recent weeks, many schools had already dropped orders to wear face masks.

In some cities like Branson, Missouri, the announcement was not news, since the demarcation had eliminated the requirement to wear a mask due to the decrease in infections and deaths from the disease.

“I think this further supports the decision we made to lift the mandate of the mask,” said Mayor Larry Milton as quoted by the Hispanic network.

It should be noted that the new guidelines do not apply to public transport, or to airports and airplanes, where the federal order that was seconded by the Transportation Security Administration (TSA) prevails.

47% of Americans have at least one dose of coronavirus vaccines

So far, nearly 47% of the US population has received at least one dose of the COVID-19 vaccine, and 36% are fully vaccinated.

The United States reached 32,892,744 confirmed cases of the coronavirus and 585,222 deaths from the COVID-19 disease this Friday, according to the independent count from Johns Hopkins University.