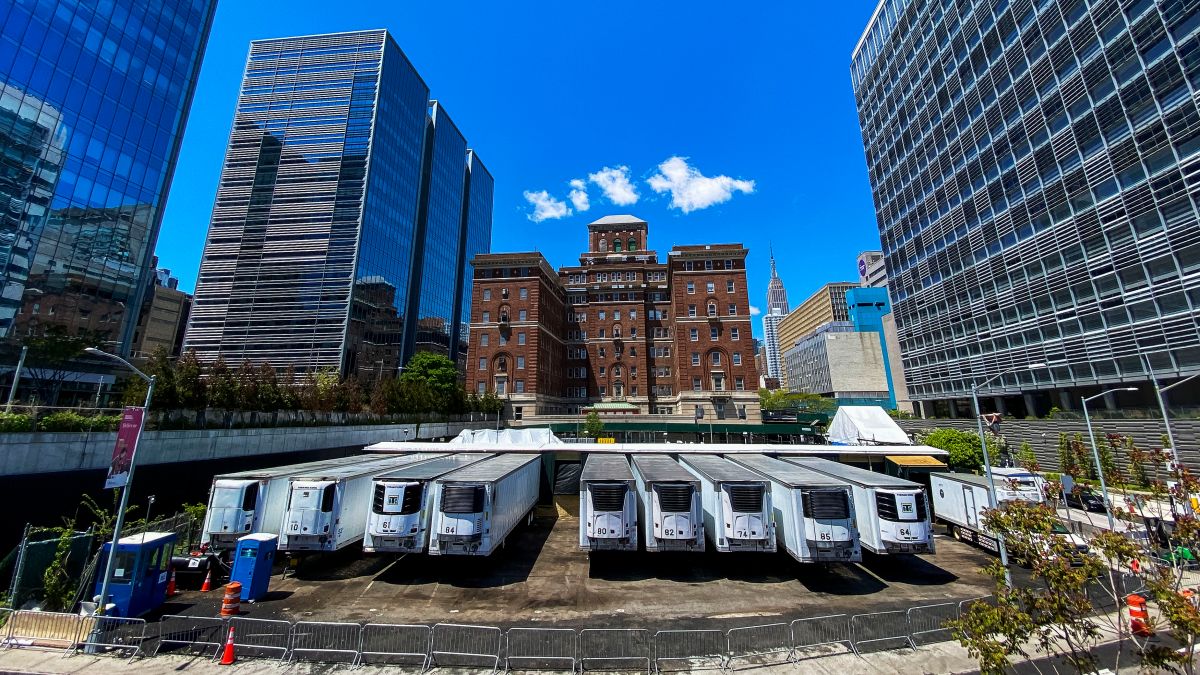 Families have the right to request a free burial on Hart Island.

More of 600 bodies of New Yorkers who died during the crisis by the COVID-19 During this spring they are still stored in freezers in the city, said this Sunday the Wall Street Journal.

Last April a Emergency morgue on the Brooklyn County Boardwalk, where approximately 650 bodies of victims of the pandemic still remain whose families cannot be located or cannot pay for a burial, the city’s Office of the Medical Examiner told the New York newspaper.

While the fate of these bodies is still unknown, the city is preparing to face a second wave of the pandemic.

According to data provided by the forensic office, they have had trouble locating the relatives of some 230 deceased.

In those cases, it is not uncommon for the deceased to have separated from their families and that the data of the closest relatives may be incorrect.

Dina Maniotis, deputy executive director of the forensic office, recalled that all families have right to request a free burial on Hart Island and that some families are confused about what to do.

The newspaper also points out that before the pandemic, most, if not all, of the deceased would have been buried within a few weeks in a grave for homeless people on Hart Island, which is located in Long Island Sound, very close to the Bronx.

Mayor Bill de Blasio promised in April that mass burials would not take place following reports that the city was considering the use of temporary graves on Hart Island.

“This has been traumatic. We’re working with them as kindly as we can and persuading them to make their plans. A lot of them will decide they want to go to Hart Island, which is fine, “Maniotis said.

Between mid-September and mid-November, the number of corpses in storage fell from 698 to 650.

The newspaper highlights that the forensic office was not created to deal with a global pandemic that has killed thousands of New Yorkers since the emergency was decreed last February.

This agency has 15 employees in charge of identify the bodies and seven other people are responsible for contacting family members, who during the crisis flooded the office with calls seeking information about relatives who may have died, advice on how to request a death certificate, view the body of a loved one, and make funeral arrangements .

The Health Department came to his aid by dispatching more than 100 employees to manage the volume of calls, which increased from the usual 30 to 40 a day to 1,000 a day.