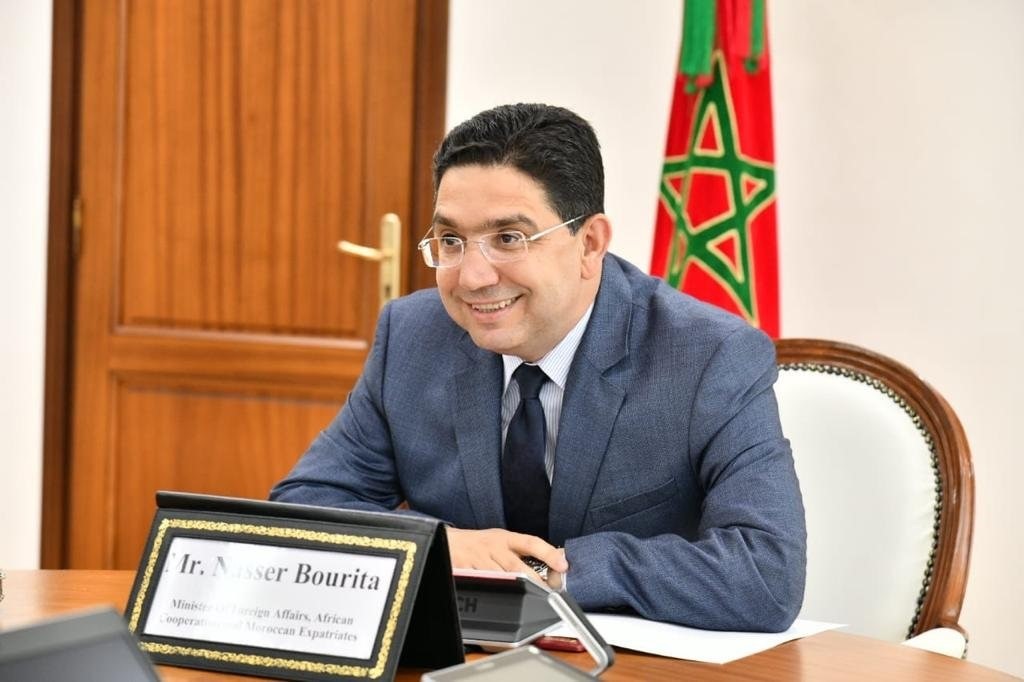 The Moroccan Foreign Minister, Naser Burita, granted this Sunday an interview to the French radio station Europe1 where he tried to disassociate the European Union from the “bilateral crisis” that his country is going through with Spain. “It has nothing to do with Europe,” he said while warning that if Spain thinks that the crisis can be resolved by removing “the gentleman” from the country – referring to Brahim Gali, head of the Polisario Front – in a similar way He arrived incognito in April, when he entered a hospital in La Rioja with a false identity due to covid at the request of the Algerian authorities, then Spain would be looking for “stagnation, worsening of the crisis and even rupture.”

The interview occurred two days after The world published a harsh editorial stating that Morocco “has not hesitated to use the migratory weapon to pressure Europe.” The newspaper maintains that while Europeans keep a rather benign look on Morocco, its authorities “behave like the Turkish president, Recep Tayyip Erdogan or like the former Libyan guide, Muammar Gaddafi.”

The journalist who interviewed Burita this Sunday, Wendy Bouchard, asked her first about those photos “that have been around the world”, that of a baby saved by a civil guard and that of an immigrant hugged by a lifeguard. “What do those images mean to you and how do they outrage you?” He asked.

Burita responded by saying that Spain has tried to steer the debate towards the migration issue, while the crisis has its origin “in a national decision taken by Spain without having consulted its European partners.” He added that his country has no obligation to protect the borders of the European Union and that it is not the “gendarme of Europe”.

After three minutes, the journalist insisted on the two shocking images. The minister preferred to answer by saying that Morocco has never acted in order to provide a service to Europe in order to obtain a “financial contribution. And she insisted again for the third time. But Burita preferred to address the security issue: “You know that during the last four years Morocco has dismantled 8,000 human trafficking cells and 14,000 clandestine migration attempts, of which 80 were made over the city of Ceuta.”

The head of diplomacy did not refer at any time to the Spanish autonomous city as the “occupied prison of Ceuta”, as is usually the case in most Moroccan media.

The head of Moroccan diplomacy was also asked about the accusations of “blackmail” that Morocco has been subjected to, regarding the use of irregular emigration as an element of pressure. “The problem is badly posed,” Burita replied. “Morocco is not obliged [a actuar contra la emigración clandestina], he does it for his association. And the association is reciprocal, founded on the interests of one and the other ”.

“Does that mean that if those interests are not satisfied, you will open the immigration valve?” Said the host of the program. And the minister replied: “No. It means that you cannot be conspiring in the afternoon against a partner and ask him the next day to be loyal.

Again, the minister tried to move the diplomatic crisis away from the interests of the European Union. “Spain has not consulted Europe before ignoring the Schengen rules to accept the fraudulent entry of someone wanted by the Spanish Justice,” he added.

The Spanish authorities have indicated on several occasions that the General Secretary of the Polisario Front entered the country with his diplomatic passport. And that he only registered in a hospital in Logroño with another identity for security reasons.

The minister also clarified that, “contrary to what the Spanish minister says,” in reference to the Minister of Foreign Affairs, Arancha González Laya, there has been no contact between the two countries since the beginning of the crisis. He was referring to the statements that the head of Spanish diplomacy made to RNE and other media, in which she spoke of “discreet contacts”, although EL PAÍS already revealed this Sunday that Morocco had cut all its contacts with Spain and only picked up the phone to those responsible for the EU.

Finally, after ten minutes of interview, Burita did not respond to the images of the civil guard and the Red Cross volunteer helping a baby and a sub-Saharan immigrant.