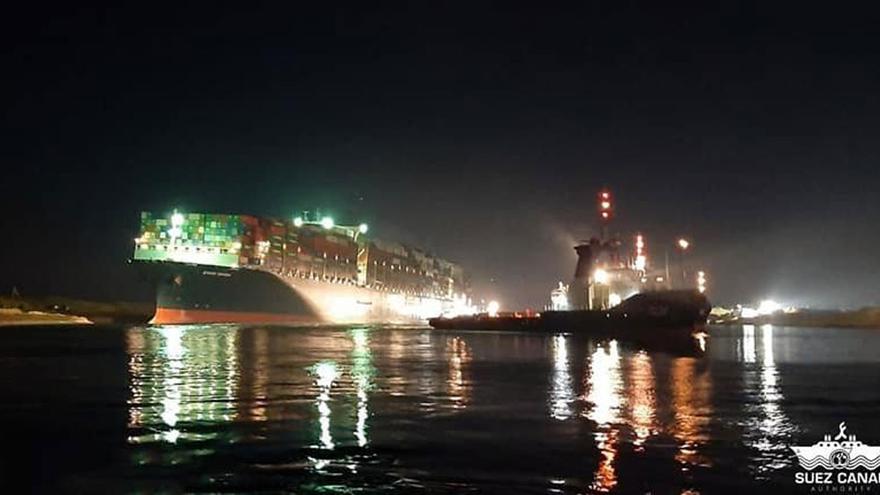 Six days after having run aground in the Suez Canal, the seaway through which 12% of world trade passes, it was possible to refloat the gigantic container ship ‘Ever Given’. And with this maneuver, it will also facilitate the continuity of the intense traffic that uses the 190 kilometers that link the Mediterranean with the Red Sea, avoiding the route that forces the Cape of Good Hope to be rounded at the distant tip of South Africa. An impressive work of engineering that began in 1859 under the direction of the French Ferdinand de Lesseps and was completed in 1867. After the scare, the task is now focused on finding those responsible for the stoppage that caused multimillion-dollar losses. It will not be easy. As in the case of the ‘Prestige’, and in the case of other maritime accidents, the responsibility can be attributed to many people and entities and not only, as is customary, to the captain of the ship, who never has enough assets to cover the enormous amount of compensation. On this occasion, the owner of the boat is a Japanese company; the operator, a Taiwanese company; the person in charge of technical aspects, a German firm; the country under whose flag it sails, Panama; and the crew is made up of seafarers of Indian nationality. In addition to that, there are adverse meteorological circumstances, possible failures in the tasks of supporting navigation from land, mistakes of the port pilots, etcetera, etcetera. When we were in Franco’s Baccalaureate, the History teacher used to highlight the enormous advance that the opening of the Suez Canal had meant for world trade, while Religion, which used to be a priest, influenced the miraculous precedent of the separation of the waters of the Red Sea by an order of Moses. A prodigy that facilitated the flight of the people of Israel, persecuted until that moment by the troops of the Egyptian pharaoh. The Israelites must have contemplated helplessly the barrier of water that prevented them from reaching the Promised Land, and were already resigned to being put to arms or reduced to the status of slaves, when Moses waved his magic wand in the direction of the other shore and the waters receded. According to all the cinematographic versions of which we have knowledge (very numerous), when the last of the Israelites had been saved, the waters closed again and the entire Egyptian troop perished under them. For whatever reason, and despite the abundance of paranormal events that marked the long march of the people of Israel towards the Promised Land, (delivery of the ten commandments of God’s law on some stone tablets, rain of food fallen from the heaven to alleviate hunger, etc.) this one of the crossing on foot of the Red Sea is the most cheered by its spectacularity. And the most used by the students who were already showing the ear of their disbelief to put the priest in trouble. A dear friend, who studied high school in a nun’s college, confessed to me that when the class began to doubt the real existence of Moses as a historical figure, the most frequently cited episode was the crossing of the Red Sea.

Also Read  Cumbre Vieja: The delay in the arrival of the lava to the sea increases the destruction capacity of the volcano on land | Science