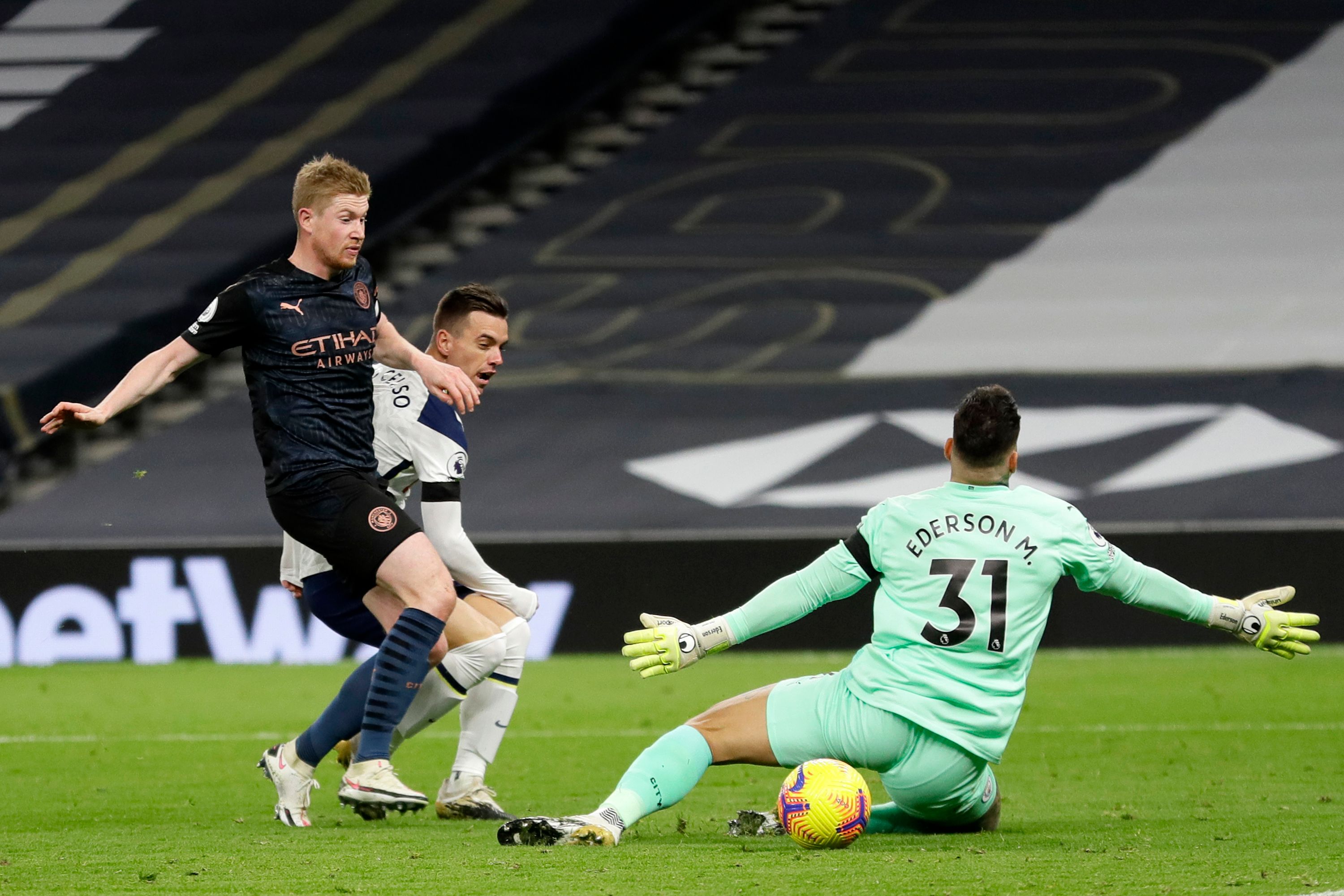 During his time at Bayern, Pep Guardiola turned an established winger Philipp Lahm into one of the best interiors on the planet. Since October, Guardiola has tried to do the same with Joao Cancelo at Manchester City. He insisted this Saturday by moving the Portuguese to the midfield to form a double pivot with Rodri. Its purpose was to stop Tottenham’s counterattacks. The 2-0 confirmed that the sauce did not quite bind. Alderweireld took off long, Kane made a shocking homing control and turned without Rodri and Cancelo arriving in time to disturb him. The delivery of the best Tottenham player found Lo Celso free, who ran behind Walker’s back and defined between Ederson’s legs. The victory consolidated Tottenham in the provisional leadership of the Premier with 20 points, eight more than City, which languishes in tenth position.

Mourinho’s old duel with Guardiola had the character of fraternization, rather than conflict. The two benches were lavish in jokes and congratulations before the game. On the pitch, Tottenham stood in a low block waiting for the error of others, but, apart from the positioning, they did not resemble a Mourinho team. Each player was planted in his quadrant reducing spaces, but without the usual aggressiveness. They did not need it in front of an adversary without rhythm, stripped of energy, little convinced of what he was doing. With little demand, Alderweireld and Dyer, the local centers, completed a peaceful afternoon. They only had to defend lateral centers, some fouls, and the consequent rebounds.

City announced last Thursday that it had renewed Guardiola’s contract until 2023. The coach’s good relationship with the board and the club’s ownership is proven. Now it needs to be verified that his wardrobe control is as effective as ever. Judging by the attitude that many of his players have displayed for months, the coach’s message has ceased to bear fruit. If he still does not correct the involution of his game, the 2018 and 2019 champion is heading through the most difficult season since the departure of Manuel Pellegrini in 2016.

“Joao defends well and attacks well!” Guardiola said after the game. His enthusiasm for Cancelo, for whom the English club paid 60 million euros, is manifest. Cancelo alternated winger with midfield during Arsenal’s visit to Etihad a month ago. On that occasion the Portuguese showed signs of confusion. Naturally inclined to distractions, his character places him at the antipodes of what should be a midfielder who watches over and manages the most sensitive lanes of the field. When he handles the ball he behaves as if he does not know what to do with it. Consequence of not having thought before receiving, it never resolves to a touch. If he does, it is to leave the play as it was, never to advance. His pairing with Rodri was supposed to provide City with a double foothold on the ball out and a screen against Tottenham’s transitions. Neither one nor the other happened. Quite the contrary.

City players lost their place in attack and defense. The lack of coordination in pressure, five minutes into the game, allowed Ndombelé to find Son with a pumped pass. The Korean was unmarked behind the City centrals and defined with a lot of class. Cancelo himself broke the offside, who neither corrected nor stood still while Laporte covered Kane. A couple of plays later Cancelo lost a ball in midfield and Kane would have made it 2-0 had the VAR not intervened, which signaled offside.

“We defended badly,” Guardiola lamented after the game. “We conceded goals that we shouldn’t have conceded. We knew they would pitch Kane to find the depth of Son and Bergwijn. With the 1-0 at six minutes the perfect scenario was created for them, who defend so far back and wait for your mistake. So we lost our cool ”.

Inventive as ever, Guardiola experiments every day. At White Hart Lane, City’s matrix to initiate positional attacks was 2-2-4-2, with Cancelo and Rodri in midfield; Torres, Silva, De Bruyne and Walker in the three quarters; and Mahrez with Jesus in point. The scheme did not contribute to fluidity to the game. Perhaps because it depopulated the left wing and made the team’s advances predictable. If on one side Ferrán Torres was left alone and out of supply, without a side to double him, on the other side there was a traffic jam. Reguilón, Hejberg and Ndombelé closed De Bruyne and Mahrez without great excesses, and the City revolt died down after the break. If the 1-0 hardly followed a reaction, the 2-0 had the character of an unappealable sentence.

After half an hour, Lo Celso entered the field for Ndombelé. In less than two minutes, the Argentine settled a process that left City in bad shape and Tottenham leader.

“I don’t care about the table, neither the opponents nor the competition,” Mourinho said when, after the game, he was reminded that Tottenham were at the top of the standings for the first time in six years. “I want to win the next game. This team is an evolving project. Last year we were the fourteenth, but that was a position fake. Today we are leaders but tomorrow we may lose this leadership too, and then the leadership would also be fake”.

“Kane,” Mourinho concluded, “will change the way people perceive strikers. Because the tendency is to judge strikers by the goals they make. He has been the man of the match without scoring a single goal. It’s fantastic. It represents the spirit of this team ”.