Movistar+ announces the new content for the month of May, which includes the premiere of highly renowned films on the platform. We tell you the dates and titles.

We are already at the gates of May and the date is approaching again to find out what new content the online platforms will bring us, and today we know what the new content will be. great premieres by Movistar +.

The Spanish platform with television, series, films and documentaries has just announced the release schedule for its premieres in May, led by the great winner of the Goya“The good boss”.

In this list of premieres we also find all kinds of films; comedy, horror, thriller, suspense, romantic, drama…

If you are a Movistar+ user, we know that you will be very interested, and we can already say that you can enjoy content with the best of Spanish cinemaand with great foreign films.

As we can see the first week of May we can enjoy “Halloween Kills”, a horror movie based on the well-known Michael Myers. Next the thriller starring Jason Sudeikis and Evangeline Lilly“South of Heaven”.

Also Read  YouTube has always been one of Google's strongholds. Now it's becoming a headache

Next week we will have only one major premiere, and that would be “Mom or Dad”, a fun family comedy. starring Paco León and Miren Ibarguren.

Then we will have the premiere of “Supernova”, a story about a couple that has to face the premature dementia of one of them as they set out on a caravan journey across England. And finally “Petite Mamam” would be released, which tells us the story of a girl who has lost her grandmotherwho after her death knows a forest where he meets another girl. 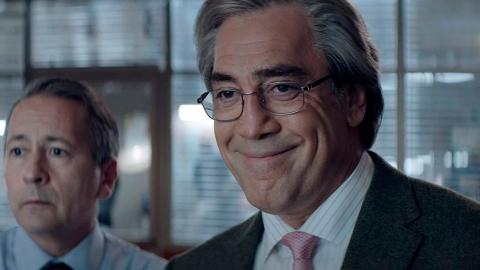 Criticism of The Good Boss, the best Spanish film so far this year and a worthy representative at the Oscars

And to finish, the last week of May, and as a final climax, we will have the premiere of “El Buen Patrón”, the most nominated film in the history of the Goya Awards, which was made with 6 of them. It is about an award for excellence awarded by the Madrid government where Javier Blanco (played by Bardem) he is willing to do anything to get it.

Admittedly, the premieres of the Telefónica platform are quite striking and we can’t wait to be able to enjoy them at home.

Also Read  People are taking the screen off the MacBook Pro to make it an amazing PC. and it makes sense