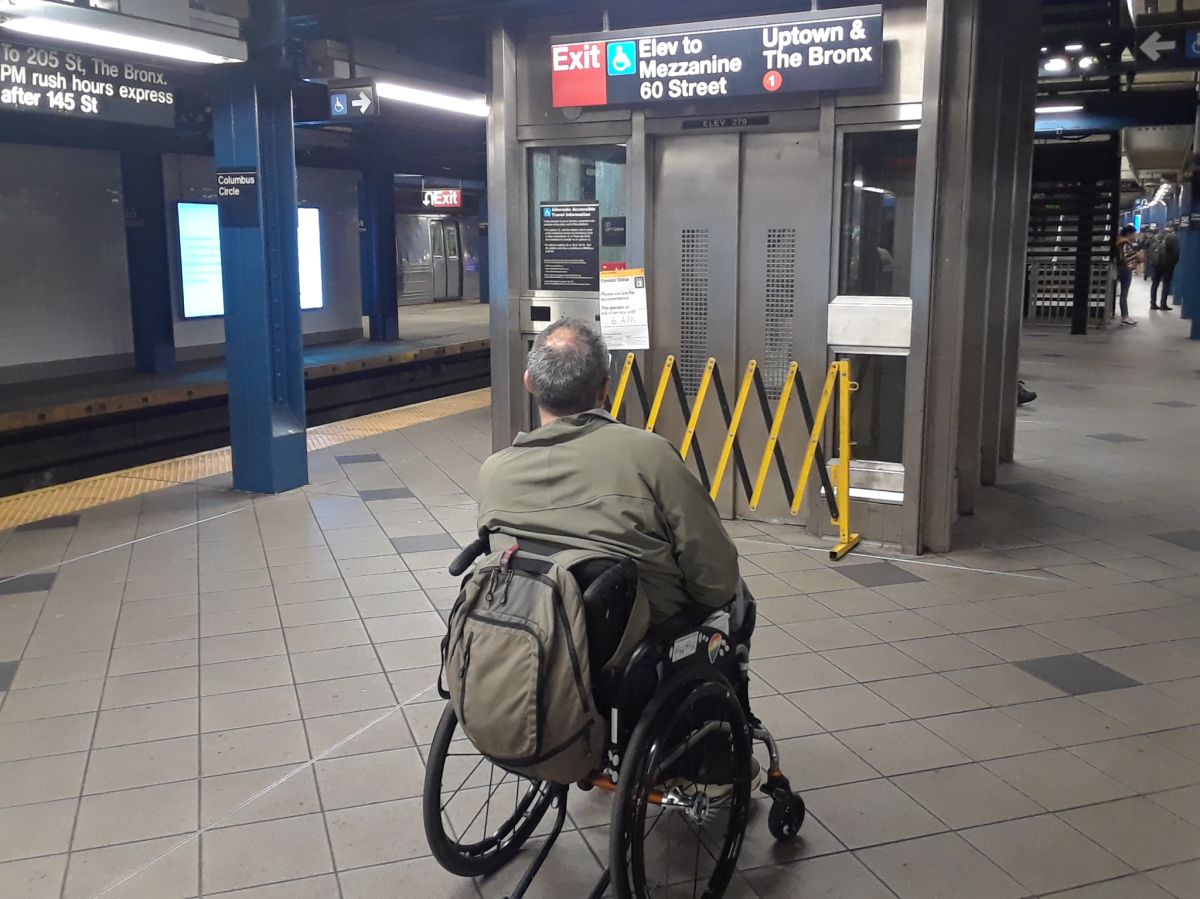 Quemuel Arroyo, a New Yorker of Dominican origin, has been appointed as the first director of accessibility for all agencies of the NYC Metropolitan Transportation Authority (MTA).

Your position will allow meet the needs of travelers with disabilities on buses and the 472 stations of the NYC Metro, the Long Island Railroad (LIRR) and Metro-North.

It is estimated that more than 1 million New Yorkers and more than 10 million visitors need some accessibility help on public transportation.

“Quemuel is immensely talented and will provide an invaluable strategic guide and leadership in a variety of efforts related to accessibility, ”MTA President and CEO Patrick Foye, to whom Arroyo will report directly, said earlier this month.

Arroyo had a similar role for six years in the city’s Department of Transportation (DOT) as lead accessibility specialist and coordinator of the ADA (Americans with Disabilities Act). Now will focus on ensuring safe access to the city’s transit system for people with disabilities.

“I am a New Yorker and this is a once in a lifetime opportunity”, said Arroyo, who immigrated to the US as a child.

“In recent years, New York City Transit has made great strides in assisting passengers with disabilities. I look forward to building on the great work already being done and also expanding the way we think about accessibility so that we can incorporate the commuter railways in our initiatives ”.

Arroyo, who you have been in a wheelchair since you suffered a bicycle accident in your teens, he said he plans incorporate advanced technological solutions on buses, the Metro and city rail to enhance the passenger experience with disabilities, whether physical or cognitive.

“Accessibility spans many areas of our operations and means different things to different people. Part of my job will be to reshape the way we think about accessibility as a public authority and working closely with the public to expand our impact in the region, ”stated Arroyo.

The new director of accessibility will work alongside MTA Construction & Development on the ongoing agency-wide initiative to improve accessibility at 70 New York City Transit and Staten Island Railway (SIR) stations, he detailed. SILIVE.com.

Quemuel Arroyo, in #chair of #wheels from the age of 18 due to an accident, is the #director of #accessibility from #MTA. #QuemuelArroyo https://t.co/QFaGrTh2Lz

Congratulations to HRCS Board Member @QuemuelArroyo, who has been named the first @MTA Chief Accessibility Officer! https://t.co/0MTaR76URu