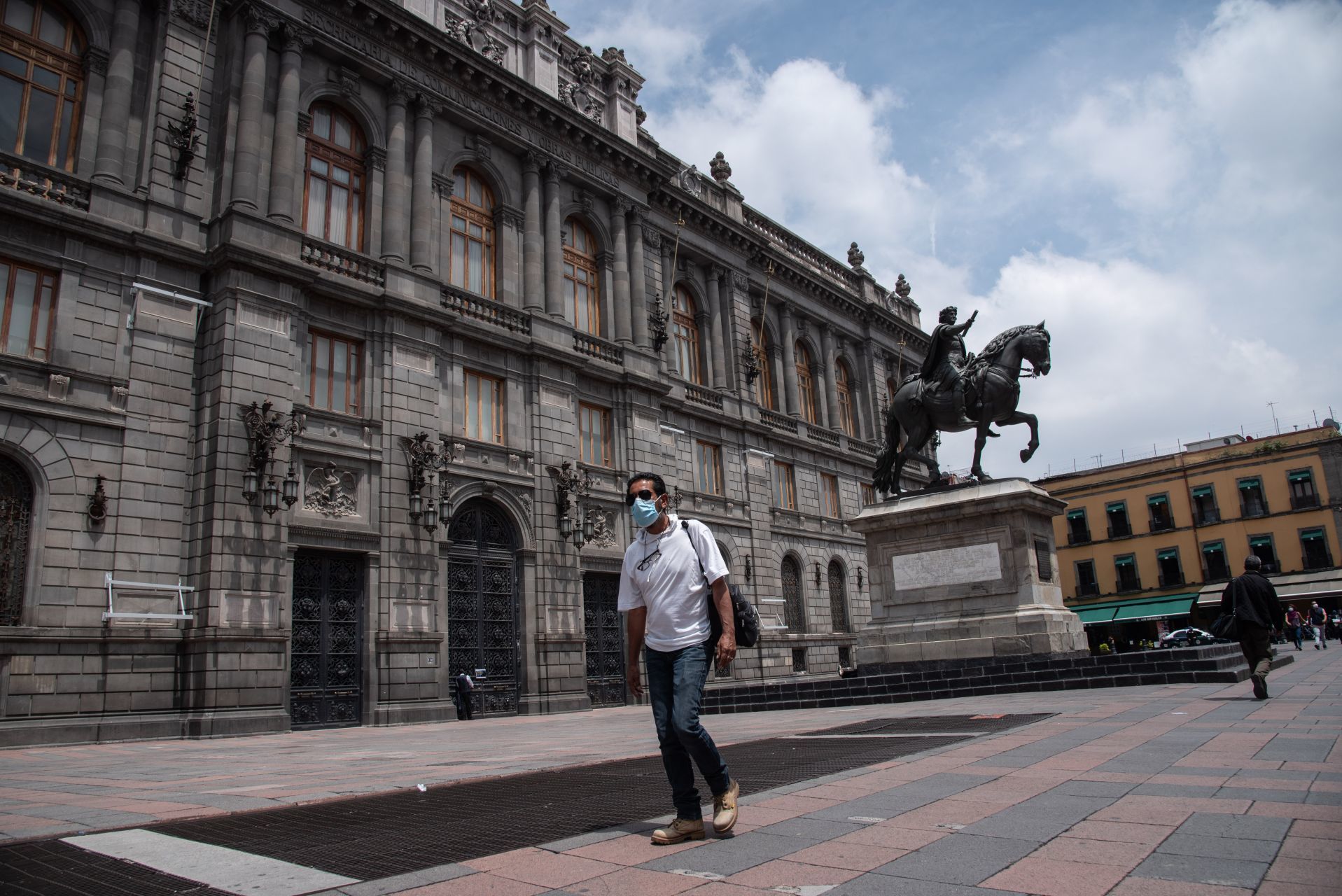 The general guidelines for the pandemic traffic light indicate that museums in Mexico can open when the color yellow is reached, something that has not happened since the return to the new normal began in the spring of last year. However, in Mexico City, with the color orange they were allowed to resume their activity a few months ago. The second wave closed them again, and so they continue despite the fact that shops, restaurants, gyms, churches, theaters and parks have access to the public with more or less restrictions. Why not museums? “It is inexplicable, we have better conditions than many businesses to receive the public, they must let us decide. And it is serious that we are denied access to cultural property, ”complains Dolores Beistegui, general director of the Papalote Museo del Niño, a private center that is going through a terrible economic drowning that threatens closure.

Every weekend, one can go to church (which never closed, although now it is decreed to open), buy a shirt or pants, eat in restaurants and do sports. But you cannot feed the cultural spirit. “There is no scientific logic for this,” says Héctor Raúl Pérez Gómez, director of the division of clinical disciplines in a member of the situational room for covid at the University of Guadalajara. “Museums are usually very large spaces where conglomerates of people do not attend, as is the case in other spaces. In addition, it is usually silent, a good condition for not spreading the virus, and nothing is touched. They can schedule visits and meet a capacity. There is no reason for its closure ”, insists this expert in infectology.

The Mexican capital is rich in museum spaces, as befits a capital with one of the most effervescent cultural life in Latin America. All of this has been languishing for months. Public museums are closed tight, even those that have large open-air spaces, such as archaeological sites: the Templo Mayor, in the heart of the city, is a good example. The university halls also remain silent: the Chopo, the University Museum of Contemporary Art (MUAC). The National Autonomous University of Mexico (UNAM) decided that only with the yellow traffic light would these activities be resumed. “We have worked on an anticovid protocol, therefore that is not the problem,” says MUAC director Amanda de la Garza. “We are ready, we have the supplies, the signage, everything,” he adds. He understands that the university takes care of its workers and makes its own decisions, given that these “have never been very clear” by the health authorities. “Given the real situation of infections and the setbacks that have occurred, the university has taken a more conservative position,” says De la Garza.

His colleague at the Chopo museum, also from UNAM, José Luis Paredes Pacho, would like the museums to reopen, but he believes that each one has its peculiarities, sometimes small elevators, narrow stairs and that the public and staff must be taken care of . However, he acknowledges that, months ago, when they already presumed that they could open, they made an effort with the health protocols and are ready for it. Meanwhile, he says that they continue to work and that there are many cultural developments that they are bringing out in a virtual way.

The large museums dependent on the National Institute of Anthropology and History await the green light from the authorities, without further statements.

Pressures from industrialists and merchants have been very strong in the Mexican capital, with threats of skipping the instructions issued to stop the pandemic. All this has had an influence when it comes to allowing shopping centers to reopen or restaurants to invade public spaces with their outdoor tables. Culture has never had that power of pressure, even though its arguments are, in this matter, more powerful. People don’t interact as much with each other in a museum as in a restaurant. “There is a lack of dialogue, let them listen to us. They have imposed their criteria on us, whatever they may be, because we don’t know them, to prevent us from opening ”, complains Beistegui. “They put us in the same bag as the concert halls and it is not the same. Our conditions are better, and when we have been open we have had a white balance ”. It means that no contacts have been detected. “We depend on our box office, it is inexplicable. We had very high costs to adapt to the new conditions when we reopened a few months ago ”. Now they are closed again.

“Culture is part of human life and well-being. It helps in the emotional and psychological state ”. These reasons invoked by the doctor Pérez Gómez, who was director of the civil hospitals in Guadalajara, are not negligible in these times, in which the health or emotional well-being of the population is being very resented by the pandemic. Perhaps they are the same that have been taken into account to allow the churches to have been open. The city government has not answered, until now, on the scientific criteria that have been followed to make this unequal decision between some spaces and others. “Given this logic of permissiveness in the opening of other shopping centers, museums could perfectly enter into the same dynamic,” adds Pérez Gómez.

Given the disparity, economic reasons seem to gain weight over cultural or emotional ones for the well-being of citizens. “Following the logic of other places, museums should be open with a restricted capacity. Perhaps they have not asked for it, or they have not taken the appropriate steps to reactivate themselves, ”says Malaquías López, professor of Public Health at UNAM. “Maybe they are economic reasons. Museums have less impact on their finances if they are closed, they could even see their expenses increased if they open ”, suggests the scientist.

The Jumex is one of the great cruise ships of the Mexican cultural world. Private. “We collaborated with the authorities on the recommendations, but last year we were closed for five months and it was very sad. We had a James Turrell exhibition that had cost us time and work, ”says the museum’s Communications Manager, Ruth Ovseyevitz. Not all museums are in the same situation, but Jumex is preparing to have an unstable year, again, so it has chosen to resort to permanent collections, nothing that involves moving people, cancellation insurance or making works in the installations. Last year they reopened it for free, so having it closed does not imply so much economic damage. The unease, in any case, is for him for the public, who has been banned for about a year with cultural activities.

Whether or not they grant the reopening, the Jumex plans to wait until March 27, when they consider that the conditions will allow the inauguration of the collection of contemporary Mexican art that they keep in their funds. “We do not know what will happen, I insist with some and with others to see if we find out, because last time it was a surprise that they let us reopen being in orange”, says Ovseyevitz. “It is very sad to see the city like this.”