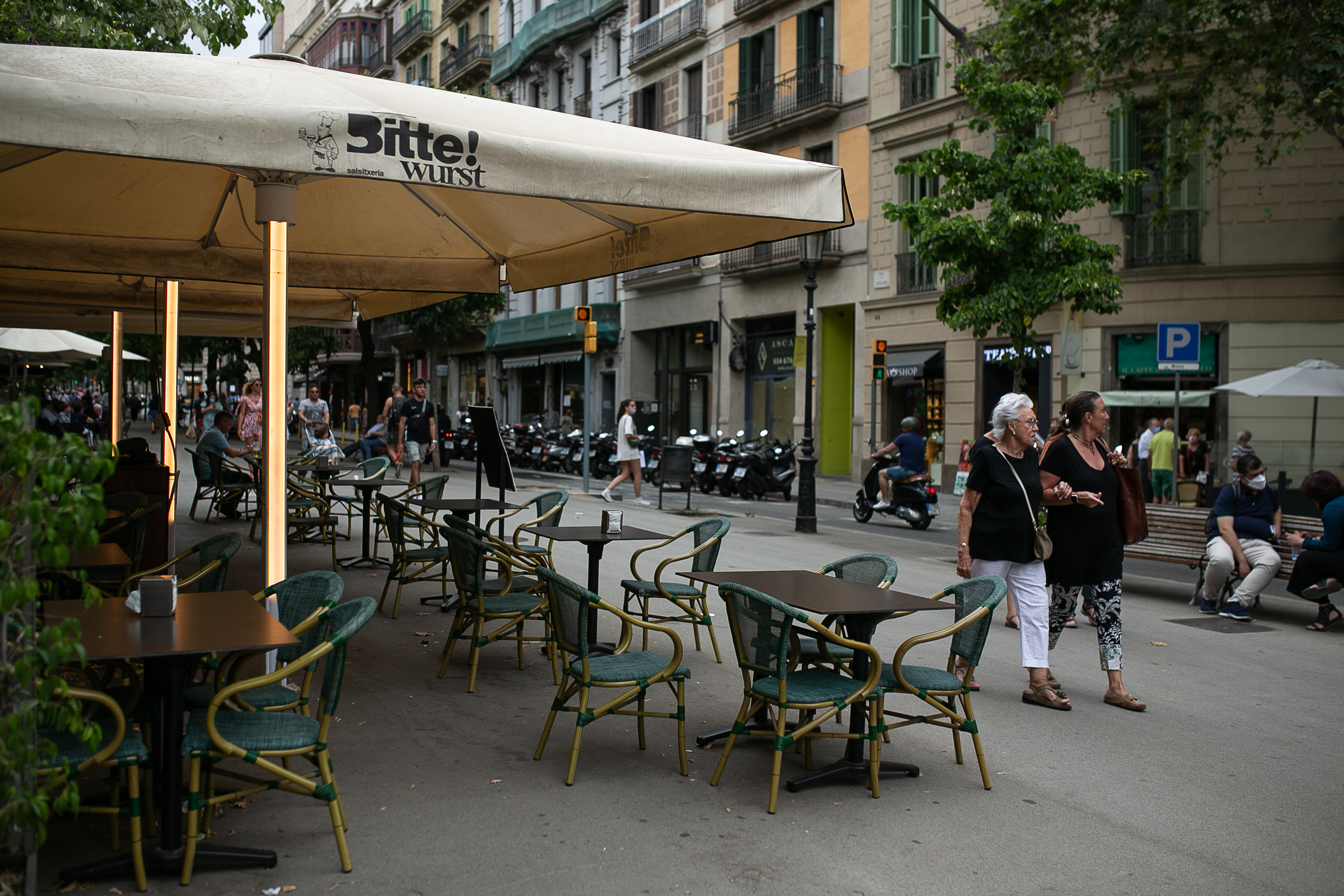 In Barcelona you don’t breathe atmosphere these days afterwork after the Mobile World Congress. In the pre-pandemic editions parties, banquets, and generous caterings In evening events of technology companies and operators, they filled the city with a dynamism that food supply companies and events celebrated due to its magnitude. The Nuba restaurant, which in previous editions had hosted meetings of companies such as Samsung, was closed yesterday and Monday for weekly rest. “We have not had requests from any group,” explains the director of the premises located in Sarrià-Sant Gervasi, Matilde Hernández.

One of the official providers of catering del Mobile, Food & Mambo, has not been able to rescue none of its 40 ERTE workers in which they have been for months. They have not received any commission from the congress: “We had a turnover of one million euros in Mobile. This year, zero ”. The founder of the company, Oscar Alsina, interprets that more than due to the sanitary measures of the food – he affirms that its safety could be guaranteed – the lack of work is due to the absence of large firms in Mobile. “In the stands and cocktails from companies like Lenovo or Intel, maybe you fed 200 people a day and this year they didn’t come ”, says Alsina, who believes that companies avoid risks in times of pandemic and that private events such as weddings will be the ones first to reactivate their sector. Huawei, which is in the Mobile, has not organized this year any afterwork, detailed company sources.

The reservation ‘app’ TheFork registers an activity like last week

An hour and a half after the first day of the congress, in a tapas bar in Plaza Catalunya, only two men at the same table looked like a congressman. “No, we have not gone to Mobile,” says one of them. The place, located in a square that normally was infected with the spirit techie even with mounts in its center of some brand, it had empty tables. Going down La Rambla, where there are now numerous real estate posters in premises with the blind down, even completely empty terraces could be seen. The CentOnze restaurant, located in the Hotel Meridien, is usually a mobile attendant meat. The room manager, Raúl Sánchez, says that if in previous editions they had everything full this year they did not even reach 25% of the activity. Most of the tables are empty. The approximate percentage of Sánchez is close to the 20% economic impact predicted by the CEO of GSMA, John Hoffman, in April in statements in RAC1, of the usual 500 million.

Closer to the sea, it is becoming apparent that tourism is returning to the city, but the atmosphere is not from Mobile (unless, in the first summer edition of the story, attendees have stopped by the hotel to put on shorts). At the Duquesa de Cardona hotel, with a terrace with privileged views of the port, no event associated with the congress is held. “We only have eight rooms with people from Mobile, normally, 64 were full,” says Mar Zomeño at the reception, detailing that they have held an event on the roof after the start of the pandemic, but not during the days of the world congress .

No hint of partying in the luxury marina of Port Vell. On the Paseo Joan de Borbó, where one of the few MWC advertisements on the route appears, groups captivated by screens with France – Switzerland predominate. At the end of the promenade on the right the hall of the Hotel W is the only one of those visited that has a ceiling with the Mobile anticovid measures and a schedule of the transfers to the Gran Vía venue. One of the nearby restaurants, Pez Vela, is full. “Other years we had very large groups, this one with a maximum of ten people,” explains the director of the establishment, Sonia Martínez, who affirms that this week the reservations for the congress and tourism in general have increased. We cannot approach the diners because the terrace is cordoned off by sanitary measures. The fullness of this place is not the general trend. A spokesperson for the app of restaurant reservations TheFork comments that the company has not detected an increase in diners in the Catalan capital on the first day and a half of the fair. The Restoration Guild declines to offer balance figures, on a day in which it launched a spot with the City Council to revive the activity.