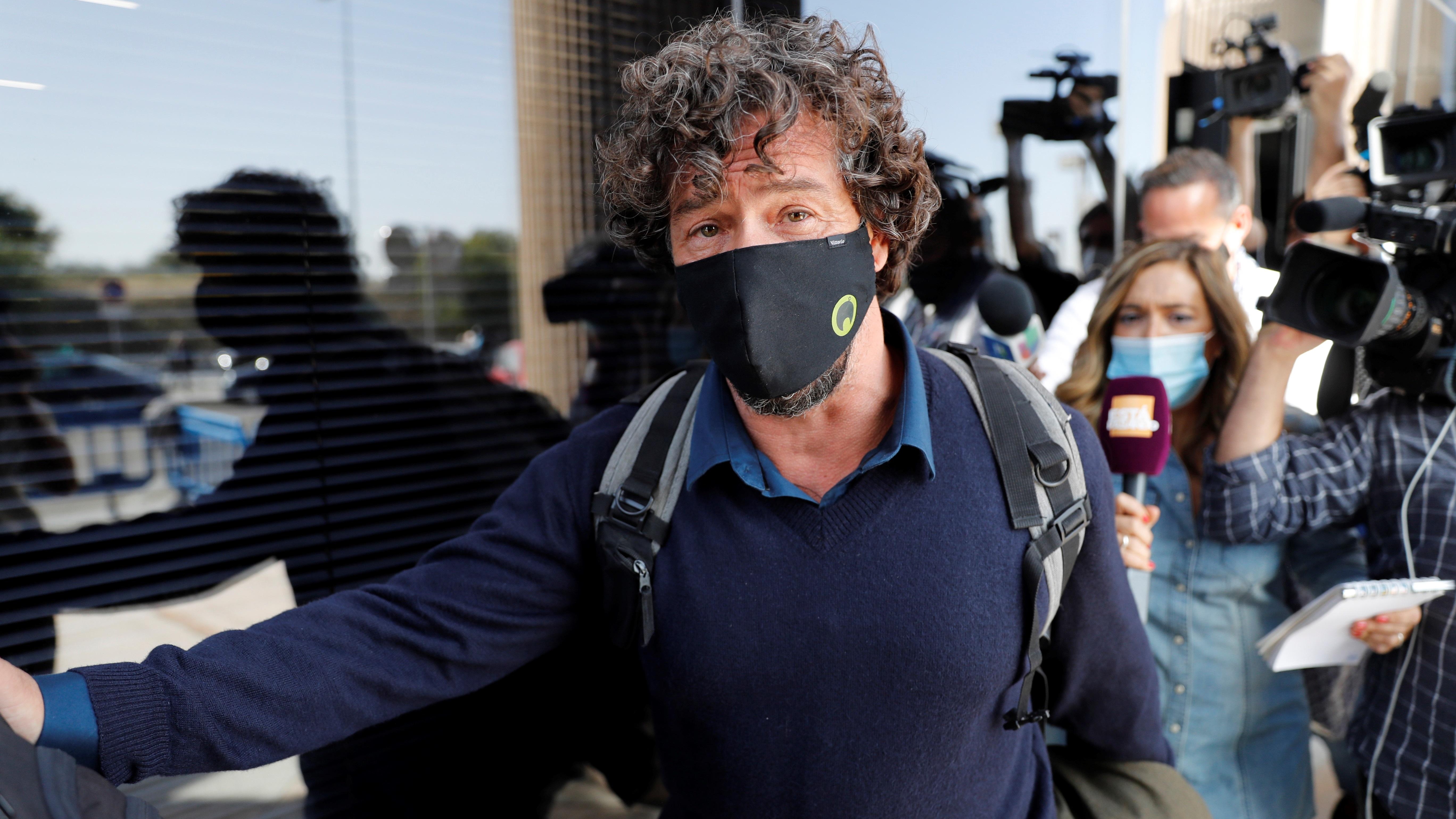 Nacho Palau and his legal representatives, the Ortolá Dinnbier law firm, are preparing the appeal against the ruling issued against him by the Court of First Instance number 4 of Pozuelo de Alarcón on October 30. In it, the ex-partner of Miguel Bosé will once again present arguments before the Provincial Court of Madrid to claim the filiation of the four children that both decided to have 10 years ago, while they still had a sentimental relationship that lasted for 26 years.

Palau’s lawyer has confirmed that the appeal “is being prepared and will be presented within the legal deadline”, which means that it will have to appear as delivered before next November 27. As the lawyer explained to this newspaper when the first instance sentence was known, the visitation regime established for the four children of Miguel Bosé and Nacho Palau is not suspended. And this is so for a double reason, first because legally this interruption does not occur since the appeal is filed in front of a higher court and secondly because the two parents of the children “want it to continue developing” as they have been doing since they arrived at a deal shortly before summer 2019.

Therefore, and as long as the law does not provide otherwise, the actual separation of the four children, who were raised as brothers for four years, continues. This has been the case since his parents made the decision to separate two years ago. Tadeo and Diego, biological children of Miguel Bosé, live with the singer in Mexico, the place he chose to flee from media pressure and also from his problems with the Spanish Tax Agency, and Telmo and Ivo live with Nacho Palau, in Chelva (Valencia), the town where the mother of the one who was a sculptor and now works in a local sausage factory has a house that she shares with her son and two grandchildren. In order to have all of them, their parents resorted to surrogate bellies, a fact that complicates the situation because it is a practice that is not legal in Spain despite the fact that hundreds of Spanish couples take refuge in it every year.

The main request of the lawsuit filed by Nacho Palau against Miguel Bosé and which will now be the main nucleus of the appeal, is that the four children be recognized as brothers and children of both parents, two pairs of twins who are 10 years old, whose birth dates are only seven months apart, and whom the singer presented as his own in the eyes of the world, when only his environment knew that Palau and Bosé had been a couple for 26 years.

The judgment of the Court of First Instance was clear and denied the filiation action. Its direct consequences are that the children have not been legally declared siblings and that the parents have no obligations or rights over those that are not theirs biologically. That is to say: neither Miguel Bosé should spend any money for the maintenance of Ivo and Telmo nor does he have any right to make decisions about their education and future. Something that equally affects Nacho Palau with respect to Diego and Tadeo. However, the 14-page sentence does recognize the visitation regime between the children and their two parents that they themselves agreed for the vacation periods.

Nacho Palau and his lawyer, José Gabriel Ortolá, knew of the difficulties involved in this lawsuit. Specialists in family law explain that the result depended on the judge in charge of the case wanting to take a step forward even despite the legal difficulties of the case or to remain in strict legality. The second happened, but not exactly because the sentence does recognize “possession of the state.” That is to say, it admits the facts as stated by Nacho Palau in his claim: he states that it is proven that the two parents “decided to have children and found a single family in which the children would be brothers and both would be parents”, and that this was known by the close environment of the ex-partner.

And this is where the paradox occurs, because the judge comes to say in his letter that these facts are proven but he cannot give them the names of the children of the two parents and brothers between them because the Spanish legal system does not allow it. This happens since in Spain the kinship relationship is established by biological means or through adoption, although later another formula was created through the Law on Assisted Human Reproduction Techniques. “Thus there are mothers and fathers who can be without the child being theirs biologically, it is enough to give consent, so that the legal fiction of recognizing that they are their children is made,” explain legal sources specialized in Family Law. There is even a sentence that has recognized these rights for both mothers of an ex-partner of homosexual women, in which the biological mother was, logically, only one of them. But the situation of Miguel Bosé and Nacho Palau’s children is complicated and does not have recognized jurisprudence, and the new appeal before the Provincial Court will once again insist on the same petition that is the one that Palau is pursuing: that the four children are brothers and both parents are all of them because that was their agreement when he and Miguel Bosé decided to start a family.