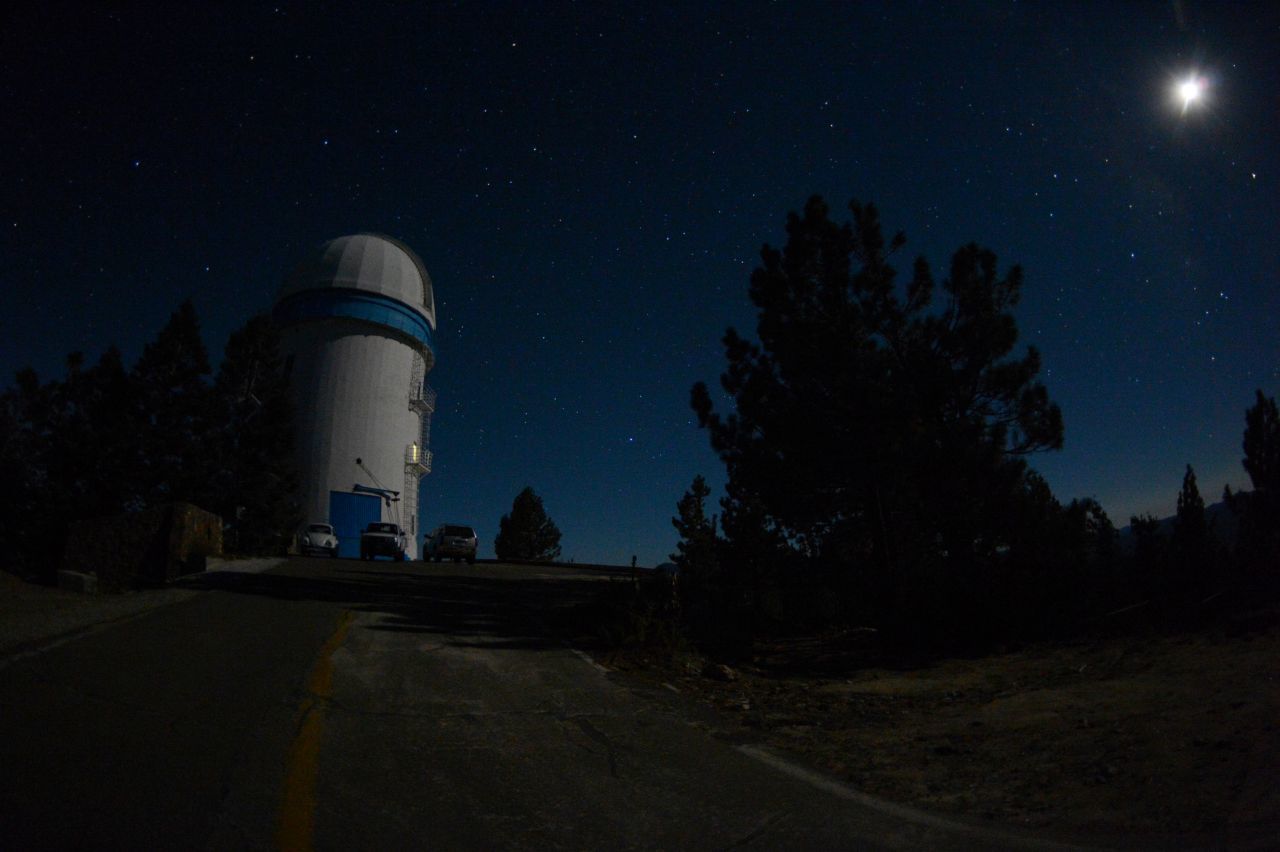 On August 31, 2018, a Boeing 747 opened a large hatch next to its tail in mid-flight at about 13,000 meters above sea level. At that distance from the surface it is already possible to observe space with a clarity impossible for terrestrial telescopes due to the disturbances of the atmosphere. After more than two years of analysis, the observations taken that day are published today and unequivocally confirm that there is water on the Moon. Another study shows that water can accumulate in about 40,000 square kilometers of the satellite, an area similar to that of Extremadura. Both works highlight the importance of these findings for future manned missions to the satellite, which will begin in just four years with the mission. Sagebrush NASA, which will mark another milestone: the arrival of the first woman to the surface of the Moon.

For years it has been thought that there is water on the Moon. According to the latest calculations, the north pole of the satellite could store 600 million tons of this essential resource for human beings – both for drinking and for making rocket fuel. The South Pole could also store quantities of ice water. The problem is that the observations are not conclusive: the reflected infrared light does not allow us to know if it is water (H2O) or hydroxyl groups (OH).

Now, the NASA telescope mounted on board the Boeing 747 has captured infrared light at a wavelength that only water can emit. There is no other material on the Moon that could give that same signal, explain those responsible for the work, which is post today in Nature Astronomy.

The SOFIA telescope was aimed at the Clavius ​​crater, a hole more than 200 kilometers in diameter near the satellite’s south pole. Those responsible for the discovery, led by Casey Honniball, a planetologist at the University of Hawaii and a NASA researcher, point out that the abundance of water in this crater is about 200 micrograms for each gram of lunar soil.

Even on Earth, gold from mines is about 100 times lower than now estimated for water on the Moon

A microgram is one millionth of a gram. This means that in order to extract a liter of water on the Moon, future astronauts would have to collect five tons of soil, explains Jorge Pla-García, a researcher at the Astrobiology Center in Madrid. “Although it may seem little, we must remember that taking a kilo of material to the Moon costs a million dollars. It must be taken into account that this estimate is a lower limit and it is also a preliminary estimate, but even in this case the exploitation of water at these quantities would be profitable for future missions because bringing it from Earth would be much more expensive ”, highlights. Even on Earth, the gold from mines that are commercially interesting is at a concentration about 100 times lower than that estimated now for water on the Moon, the scientist highlights.

According to the study, the water in the Clavius ​​crater is not in large areas of pure ice, but in small deposits accumulated between the earth or trapped in crystals produced by small asteroid impacts. “The probe Chandrayaan-1 it has already detected water ice at the lunar poles in areas not illuminated by the Sun. We now present conclusive evidence that there are water molecules also in illuminated areas ”, explains Casey Honniball, co-author of the study. His team thinks that water molecules were formed by impacting small meteorites and reacting with OH to form water. The molecules would be trapped in those crystals and to remove it they would have to be melted, he warns.

A second study posted today In the same magazine, he focuses on so-called “cold traps”, places where sunlight never reaches. By definition, a cold trap is any point on the Moon where the temperature is less than 163 degrees below zero, explains Paul Hayne, a researcher at the University of Colorado. Some of these traps are the coldest places in the solar system, with temperatures of about 243 below zero. “In these deposits the frozen water behaves like a rock and remains stable for billions of years,” he highlights.

Hayne’s team has analyzed data from NASA’s LRO lunar probe to calculate how many cold traps are on the Moon. This time they have not only looked at large deposits, but have also estimated the smaller ones. Their calculations show that the cold deposits on the Moon occupy about 40,000 square kilometers. The most abundant are deposits of just a few centimeters – micro-traps – that accumulate around the two poles of the Moon.

“We do not know how thick the ice is in these deposits, but if we make a reasonable estimate we see that only the micro-traps would hold about 1,000 million liters of water,” explains Hayne, whose study highlights the importance that these deposits can have in the face of to “future missions” human on the satellite.

Water on the Moon is exactly like water on Earth and could be drunk, Hayne says, although it would have to be filtered first, as it may contain mercury and other pollutants. “New technologies would be necessary to extract this water. We can think of robotic tractors that sand the surface and extract the water from the small tanks. This is something very different from having to extract ice from large craters in perpetual shadow and kilometers deep, ”he highlights.

NASA has announced that it wants to send astronauts to the south pole of the Moon starting in 2024 and is considering designs for future lunar bases with large solar panels that will illuminate the interior of the shadowed craters and extract the water accumulated in them.

“This is very good news,” explains Didier Schmitt, coordinator of human exploration and robotics at the European Space Agency. The agency is collaborating with NASA and other countries to build a space station on the Moon and plans to establish permanent bases on the surface. “In theory, the oxygen and hydrogen in water can be separated to make rocket fuel with which it could travel from the Moon to Mars,” he explains. “But it is important not to get carried away by optimism and bear in mind that there are still many intermediate steps to take before we can even begin to put these plans into action,” he warns.