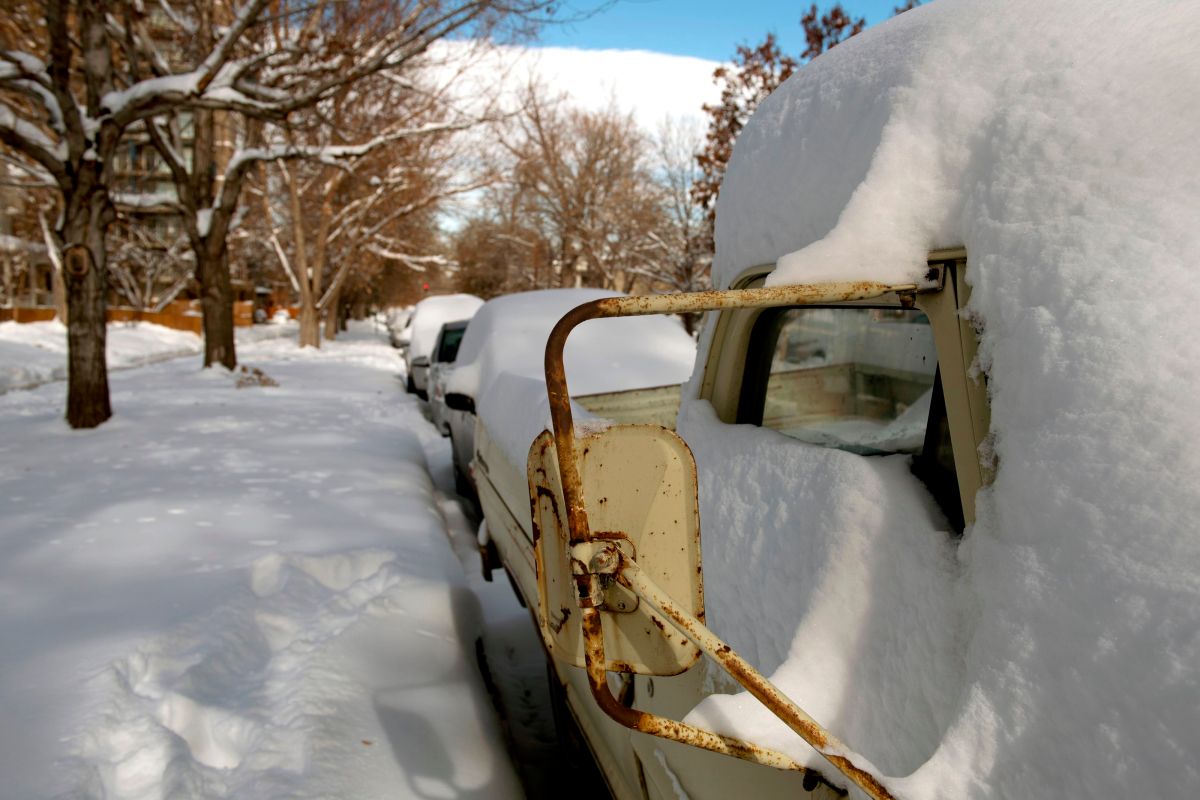 DENVER, Colorado – More than 30 million people will be hit by an “unprecedented” winter storm in the Rocky Mountain and Midwest states and the central United States., which is anticipated to run from this Friday to next Tuesday, with historic snow accumulations.

Although the region is used to this type of phenomenon, the National Weather Service (NWS) predicts that the snowfall will be more intense than normal during Saturday and Sunday, and in Denver (the most populous city in the area) the accumulation of snow could exceed one meter; that is to say twice the usual.

“Everything is ready for a major storm that will impact the central Rocky Mountains and north central prairies,” that is, the sector between the mountains to the west and the Mississippi River to the east, says the statement issued today. by the NWS Weather Forecast Center.

The storm is considered a “threat” because of its intensity, with Colorado and Wyoming the states potentially most affected, although the snowfall will also be felt in Nebraska, Iowa and other states.

The NWS asked that the population be “extremely careful” because “it will be very difficult and indeed impossible” to travel through the mountains in western Colorado and on the highways in southern Wyoming and Nebraska.

For this reason, the Colorado Department of Transportation announced that once the storm begins, Interstates 25 and 70 in this state will be closed, while the Wyoming and Nebraska departments of transportation will close Interstate 80.

“Given the current conditions, we will certainly see an unprecedented accumulation of snow, or at least not seen in many decades,” reported the NWS office in Cheyenne, Wyoming, explaining that this is because the storm, which comes from the west, it will crash over Colorado and Wyoming into hot, humid air from the Gulf of Mexico.

So in addition to snow, there is the possibility of strong winds and even tornadoes and hail. But, because of the warm air, the temperature will not reach the extremes that it reached in January 2018 and last month, when a “polar vortex” reached this region.

To avoid past problems (such as people stranded on roads for days), Colorado Governor Jared Polis ordered the deployment before the storm of special teams from the local National Guard, which will be stationed in strategic locations to assist motorists or residents if necessary.

At a press conference this morning, Polis reported that, despite the storm, the arrival of new doses of COVID-19 vaccines to Colorado will not be delayed, although the vaccination process will only resume once the snow permits. .

In addition, to avoid potential power outages, Xcel (which serves large parts of Colorado) and other companies made “preventative shutdowns” Thursday to protect distribution facilities and make equipment upgrades before the snow hits. .

And to avoid shortages such as that registered a year ago at the beginning of the pandemic, the main supermarket chains announced that they have sufficient inventory of the most sought-after products and that, unlike what happened in previous storms, precautions were taken so that the shelves are not empty.

For his part, the mayor of Denver, Michael Hancock, indicated at a press conference that “all possible preparations were made” for what he characterized as “a strong storm”, including the strategic distribution of snow removal trucks in the main arteries. from the city and the opening of extra shelters for homeless people.

Denver International Airport anticipates that it will maintain operations, allocating 200 snow removal trucks to clear the runways. and another 120 to clean the access roads and parking lots of the terminal.

When the storm finally moves east between Monday and Tuesday, snow will turn into rain, with 4 to 6-inch rainfall over Missouri, Kansas, and Illinois, with potential flooding in Arkansas, Oklahoma, Kentucky, and Indiana.

“I am born in Colorado and have been through insane, horrible snow storms. We must always be prepared. But, for the best of it, don’t panic. Don’t go shopping just to accumulate, ”said Paul Lopez, executive director of the City of Denver’s office of records.

“Remove the accumulated snow on the sidewalks. Rest and go an hour later to remove the new accumulated snow. Help the neighbors. Do not drive or handle with care. Don’t use a lot of electricity. And keep the gas and electricity meters and the ventilation outlets of the house clear of snow, “he added.