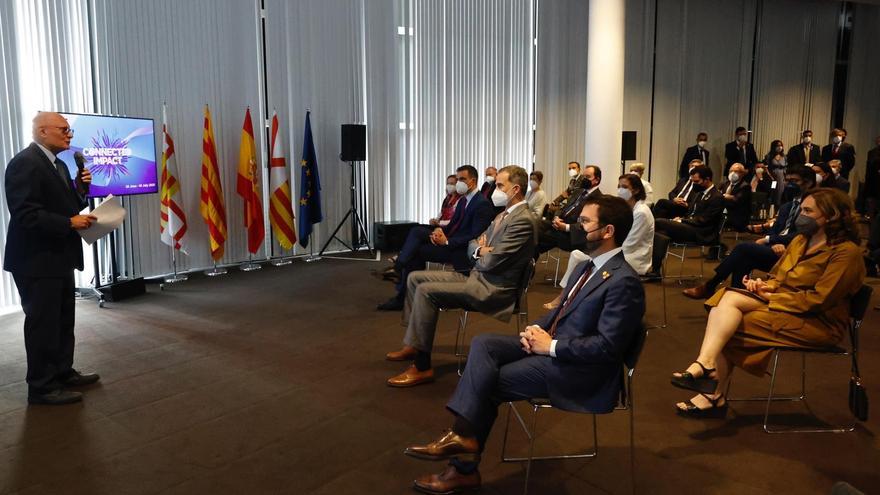 Not agreeing on a State issue with the government parties, at least, before and after, is to repeat mistakes and can lead to aggravated conflicts, to permanently maintain what is impossible to remedy with ideological measures not shared at least by those who will have responsibilities of government in a future that seems closer, than remote.

And that agreement, which existed until recently, with the nuances of PP and PSOE, has been broken into a thousand pieces although, in this rupture, it is not possible to blame both in the same way, since it has been the PSOE, against their words and promises, the one who has squandered a possible solution that should never have appeared on the horizon as so impossible, problematic and partial.

It is not precisely the issue of pardons the most delicate, although due to its media strength it is the one that occupies the headlines and the speeches of the formations that see in them a solid argument to place themselves on one side of the board.

Yes, it can be the one referring to the measures that the government could adopt in the face of possible sentences to respond civilly for the damages derived from what happened in Catalonia in 2017. The judgments issued by the Court of Accounts are as effective as any other and the The government cannot prevent compliance, at least through existing legal channels. Ábalos’s words worry about what they could hide from remedies that cannot be understood within the framework of the current law. But, above all, for qualifying Justice as a “stone in the road”. Not to mention UP, whose appeals that political agreements should not be removed by the courts are evidence of its true ideology.

Because in this vision of the law and the Judiciary as an obstacle to political power and not as a necessary limit to it and as a guarantee of the rights of citizens, lies the problem of this left, which can have unpredictable consequences. And it is that, as anyone knows, in a state of law all political acts are subject to the law and judicial control. There are no spaces of impunity, nor uncontrollable acts in a rule of law. This attitude is typical of authoritarian systems. This cohort of anti-Franco imitators would do well to recall the catalog of political acts exempt from judicial control typical of that and all dictatorships. Those who ask, therefore, that politics and politicians resolve through “dialogue” without being subject to the law and without possible recourse to the courts must be called as they deserve: authoritarian and undemocratic. I will not call them fascists, even if they behave in the same way.

And this dangerous path is being traveled by the PSOE. And not just in words anymore. You cannot forget the permanent criticism of the Supreme Court calling it vindictive or Ábalos now. And that these attacks are disavowing the image of our Judicial Power and that of Spain as a democratic country outside our borders.

ERC and PNV, in view of the complacency of a disheartened PSOE, ask, now without dissimulation, that the judicial power deprive the judiciary of controls over political acts related to the territorial constitutional system, to the statutes of autonomy. And, in this democratic drift, the PNV has presented a bill to repeal the previous appeal of unconstitutionality against the statutory reforms, which has been supported by the PSOE. A strategy, together with the deprivation, also in progress, of the powers of execution of their sentences by the TC, which must be linked to the proposals of the PSOE to recover in the statutes that reform those aspects that the TC declared unconstitutional. Zapatero says that it is about interpreting what has been canceled to make it lawful. Pure lip service, since the objective is simply to undermine the Judicial Power, hand over the State to politics, to the parties and, if the Supreme Court and the TC cannot be prevented from annulling the null, to do so years after the validity of the it approved with awareness of unconstitutionality and assuming the Judicial Power the cost of applying the law.

Concord, as this government understands it, is not compatible with the Constitution and the basic pillars of the rule of law.

It is not, of course, that a reform of the territorial system is not negotiable. It is not even taboo to talk about federalism – and those who do not believe in the autonomous system say it. There are federal states that function like states. The essential thing is the content, the solidarity between citizens, not between territories, cohesion, the idea of ​​the State. And, above all, preserve the democratic system.

And all that is at risk, because the allies of the PSOE do not believe in the State, nor in the constitutional system. And Sánchez negotiates with them and despises those who do assume the Constitution and liberal democracy as a model.

How much do those politicians of consensus and harmony need? Those who believed in her. How necessary would they be now.