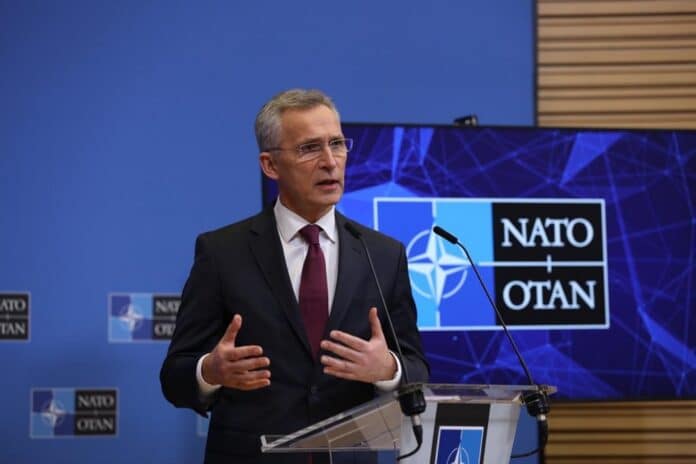 Western countries await the Russian response to the sanctions they have imposed on the Putin government. And what they expect is some kind of cyber attack. In the event that this attack occurs on a NATO member country, NATO article 5 could be activated immediately, according to the Reuters agency. Said article specifies that if there is an attack against one country of the Alliance, it would be equivalent to an attack against all of them, thus allowing a response by all members.

The point is that the nations that make up the NATO they are observing that the cyberattacks that Ukraine has suffered in recent months may spread to other nations. According to the news agency, which has had access to officials of the organization, “the allies recognize that the impact of significant malicious cumulative cyber activities could, in certain circumstances, be considered an armed attack.” The question is whether that attack has the gravity enough enough for NATO article 5 to be activated.

In the event that a member country suffers a cyber attack, NATO Article 5 could be activated

The concern is maximum. The US and British governments have already warned about the danger of Cyclops Blink malware and that it has obviously been developed at the behest of Moscow through the Sandworm cybercriminal group. Its danger lies in the fact that it can infect network equipment to exfiltrate data and attack subsequent devices on key targets. In principle, it seems that this software may be a new development of the Kremlin espionage malware called VPNFilter, which could detect the presence of automation tools (SCADA) in industrial environments and block them.

Among the possible targets indicated by various sources of suffering a cyberattack are the western banks in retaliation for the sanctions on the main Russian banks, although they do not rule out that the range of objectives is much broader.

Likewise, possible attacks against the networks of key institutions and infrastructures are also expected, similar to the NotPetya attack, also linked to the Kremlin and which began in Ukraine in 2017 and ended up affecting more than 7,000 companies throughout the world.

The US may choose to carry out a massive cyberattack as well. In fact, as reported by NBC, Joe Biden has been presented with a set of options to carry out massive cyber attacks to disrupt Russia’s ability to maintain its military operations in Ukraine. Among the options that have been put to him are to cut off Internet connectivity throughout Russia , cut off electricity and manipulate the management of the railway to hamper Russia’s ability to resupply his forces. The sources consulted by the North American chain assure that “everything can be done, from reducing the speed of the trains to leaving them off the tracks.”

Most of the possible attacks that the Americans are considering are designed to disrupt but not destroy and thus not be considered an act of war. NBC notes that officials are debating the legal formulas under which attacks would be carried out, whether through covert action or through clandestine military activity. Either way, the United States would not publicly acknowledge carrying out the operations.

The United States has also warned that the fact that the focus is on the invasion of Ukraine is being used by cybercriminals from other governments, such as the Iranian, to carry out cyber espionage actions against government agencies and companies around the world.