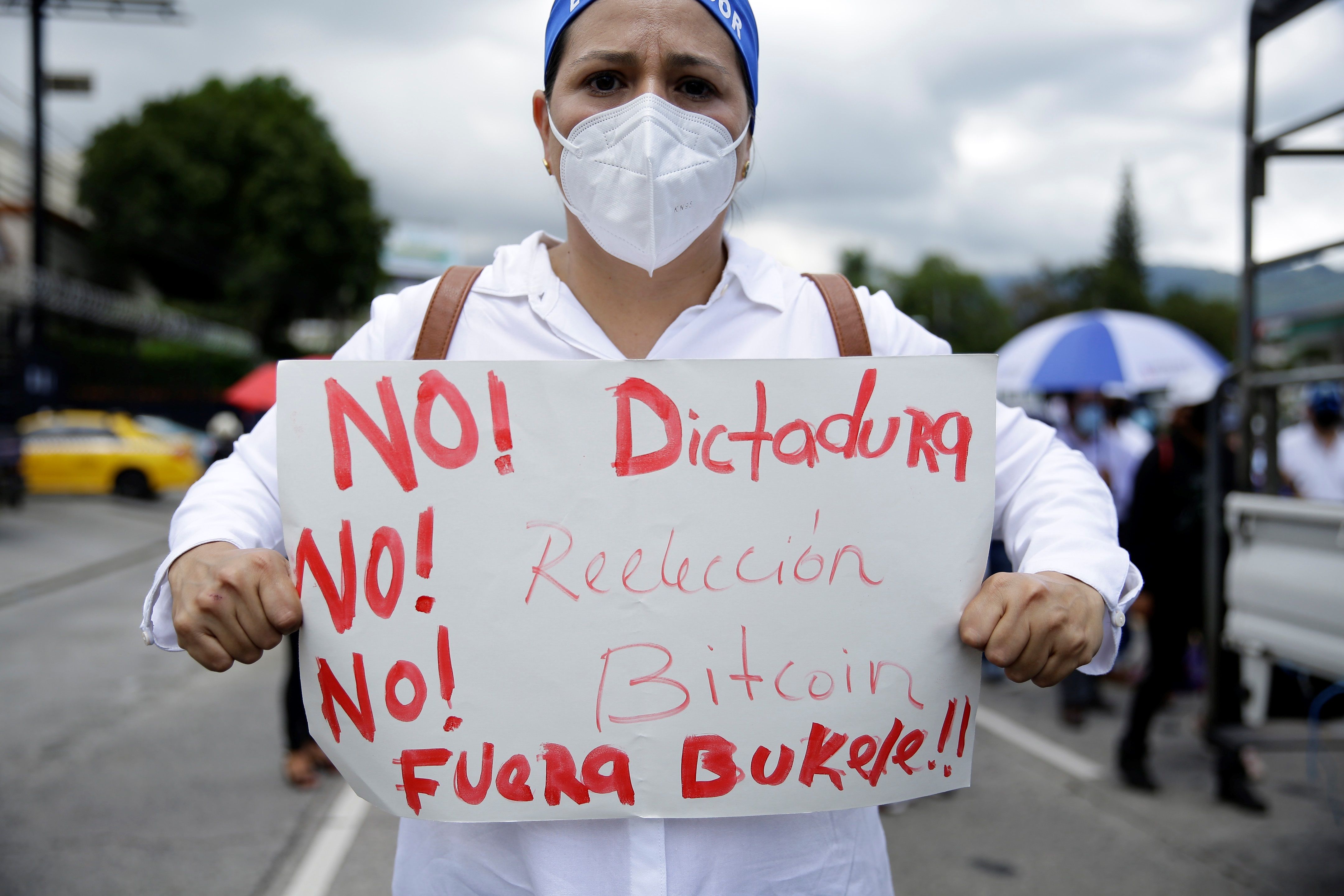 The president of El Salvador, Nayib Bukele, counterattacked harshly tonight the massive demonstration against him that this Wednesday toured the streets of the capital, San Salvador. Bukele accused the international community of being behind the protests, financing them and supporting alleged violent acts that never took place. In front of the diplomats of the main countries and visibly tense, Bukele accused the foreigner of supporting the protesters who today took to the streets “to fight against a dictatorship that does not exist.”

Without citing him directly, Bukele focused his angry darts against the United States, until now the only country that has “condemned” forcefully the authoritarian drift undertaken by the president. “We have never repressed them (…) They went to fight against a dictatorship that does not exist. And yet there are many in the international community who continue to sell that idea. Many who even live in countries that could be considered dictatorships, or at least if they repress their populations. Because I have seen, and we have all seen in the international news, how many governments that accuse us repress their populations, “said Bukele with the presidential sash across his chest. “To the countries that do not like what is happening in El Salvador, hold on,” he told them.

This is how Bukele responded to the United States’ charge d’affaires, Geal Manes, who this week harshly criticized the Salvadoran government, which he repeatedly compared to Hugo Chávez, after the judicial reform that expelled a third of the judges from the race. country. “They condemn us for purifying the judicial system. Have corrupt judges done the country any good? ”Said the president.

In the first part of the national network intervention, Bukele strove to create a violent and aggressive enemy that was never seen on the streets today. From there, he defended that “yet” we have not used tear gas, but warned that in the future it will be necessary. “Until now, in two years and three months of government, we have not used yet —because I don’t know if one day they will finance so much that it will be necessary, I hope not— not a single tear gas can of the that many of you, your governments, use almost daily, ”he said.

Bukele also complained that the good news is not being disseminated and announced the construction of two hospitals and a pension reform, with a private individually funded system similar to the Chilean one, which leaves the money received by pensioners in the hands of companies. .

Bukele’s response was the reaction to the first massive protests against him since he came to power two years ago after an overwhelming victory. His response, far from listening to the claims of the street, anticipates a train crash that will gain in virulence.