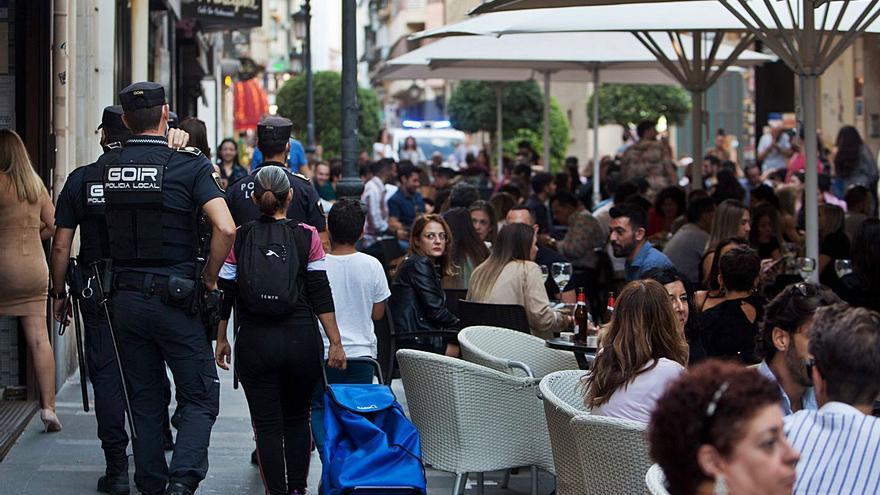 The Association of Neighbors of the Traditional Center yesterday registered a complaint in the Public Prosecutor’s Office against the Alicante City Council for ignoring “fraudulently” the court order that forces the local administration to establish noise limitations in Castaños and in another ten streets in the center. In the letter, the litigant group requests that, after almost two years of delay, the judgment of the Contentious Administrative Court 4 that declared a part of the traditional center in which some 80 entertainment venues are concentrated, forcing the Saturated Acoustic Zone to the City Council to take a series of corrective measures. Both the local government and the Association of Leisure Venues, and some establishments in their own name appealed the sentence before the Superior Court of Justice of the Community, and are awaiting resolution.

Consulted the bipartisan on the neighborhood complaint yesterday in the Prosecutor’s Office for the sentence to be carried out, this newspaper did not receive a response.

The neighborhood association attaches to the complaint before the prosecutor a series of documents, including the sentence, of November 14, 2019; the application for provisional enforcement of November 30, 2020; the brief presented to the court on June 8 of this year “due to the inactivity of the administration in complying with the sentence”; and the ruling of the judge of July 21 requiring the bipartisan government team (PP and Cs) to explain whether or not the ruling is being complied with, and to attach the supporting documentation of the measures it is taking. Likewise, they provide the City Council’s response to the request through the municipal legal service attorney, in which the lawyer explains that a census of activities in the area has been drawn up, that sonometric measurements are carried out and that “progress has been made in drafting of the projection models for the sake of the correct execution of the sentence ”, points that the association of the Traditional Center questions, which considers that these measures have nothing to do with the establishment of limitations in terms of ambient sound. They also attach a final municipal document that, in the opinion of the entity, justifies non-compliance with the sentence, because “it insists on measurement campaigns and shields itself from the health crisis, ignoring that the judicial mandate is clear.”

On the contrary, those affected accuse the bipartisan of granting more leisure activity licenses in a saturated acoustic zone (ZAS) where “it should be applying corrective measures.” The neighborhood president, Alcázar Moreno, affirms that the City Council gives a hotel license to each commercial business that closes permanently, “but for pure leisure, for drinks. Every day there are more tables in the street, more music and venues ». “If the City Council has a saturated acoustic zone where it will have to apply the measures because the sentence was won, even if it is appealed, we do not understand that it continues to grant licenses. That is a sign that he is not doing anything and that he does not want to do it. Likewise, the neighbors complain that they have been two alternate weekends that “cut the sound level meters and we cannot control the excesses.”

Neighbors are upset because, as a consequence of the covid-19 pandemic, «the City Council has given permission for the expansion of terraces of bars and restaurants, allowing to invade, not only the sides of the pedestrian streets, but their entirety and the non-pedestrian have been filled with tables and chairs even in the parking areas of the roads. They affirm that most of them exceed the facades of the bars and leave a very small space for the transit of people.