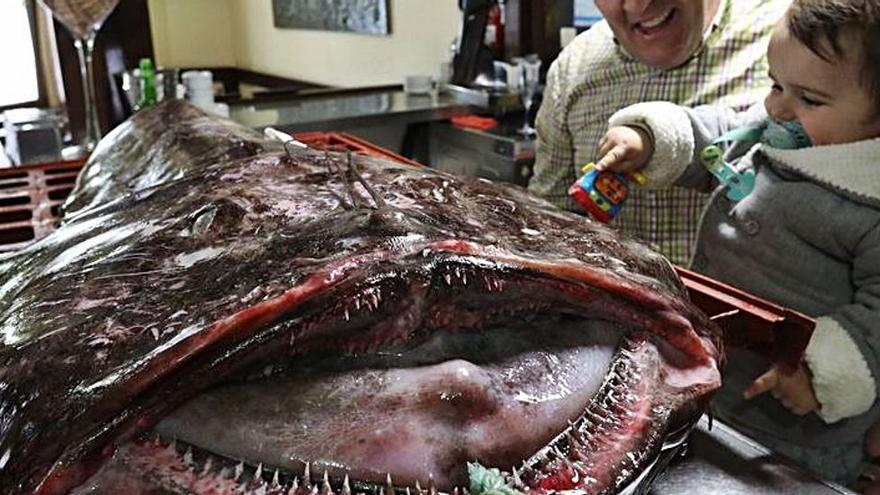 Nature never stops giving surprises and questioning principles that were considered established. The black pixin (monkfish) and the white pixin have always been considered different species by fishermen and traded as such. This distinction is established based on the color of the epithelium that lines the intestinal cavity (black in black monkfish and white in white monkfish). But nevertheless, An investigation carried out by the Basque fishing technology center AZTI questions the effectiveness of this identification method and has also discovered the existence of hybrid pixins, unknown until now, the result of the sexual crossing of white and black monkfish.

“We have shown for the first time that black and white monk hybridize, that these hybrids can reproduce and have viable offspring and that, in addition, the percentage of hybrids is very high in some areas, almost 20 percent,” explains Naiara. Rodríguez-Ezpeleta, expert in marine genomics at AZTI.

To carry out the study, developed within the framework of the Gecka project and published in the specialized magazine “Evolutionary Applications”, The researchers analyzed hundreds of white monkfish samples that were selected based on the color of the epithelium to assign the species. The samples were collected by different institutes and collaborating centers located in the distribution area of ​​the species in the Atlantic.

“When analyzing the samples selected as white monkfish in the laboratory, we realized that some of the specimens were genetically actually black monkfish, so we came to the conclusion that the color of the epithelium is not a reliable characteristic to establish before what kind of species we are ”, explains the researcher. The study has also shown that there is hybridization between black and white monkfish.

“We also saw that there are hybrids that arise from the relationship between black and white monkfish, but also between hybrids and white or black monkfish, so we can ensure that hybrid monkfish can reproduce, which could have consequences on the conservation of the species in the medium and long term, as it could lead to the disappearance of the black and white monkfish and the prevalence of the hybrid species ”, explains Rodríguez-Ezpeleta.

Thus, AZTI sees it as crucial “to find out if hybridization has occurred recently and, although research has not yet been able to determine what the reasons for it have been, it is possible that climate change has increased the coexistence of both species in the same area and, therefore, induced the existence of hybrids ”.

What’s more, the study adds important information for the economy of the fishing sector and consumers, being able to have important consequences in the price of the species considered different until now. “Looking at the last two years, the price of white monkfish in the first sale is usually about 4 or 5 euros per kilo and that of black monkfish, about 6 or 7. If you cannot visually distinguish between both species, these prices They shouldn’t be different either, ”adds the AZTI researcher.