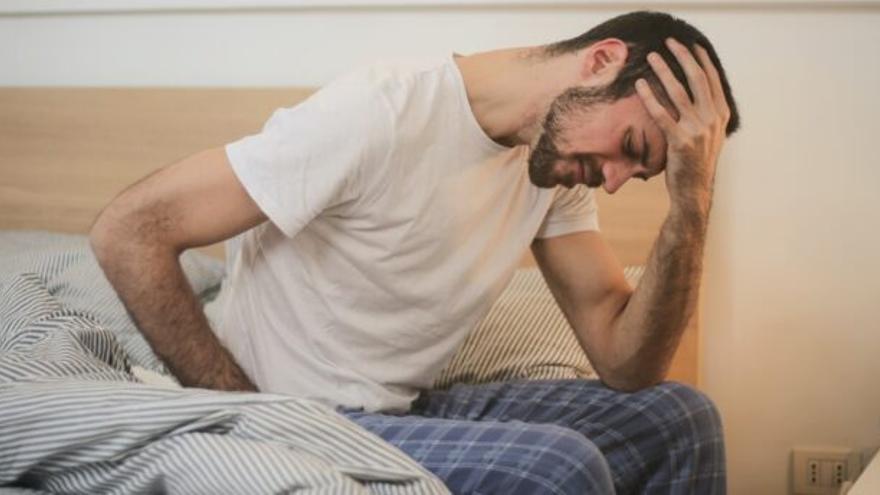 Pain. Much pain. Excruciating pain. Pain worse than labor, according to women. This is how those who have suffered from renal colic describe it.

Urologists, however, go into a bit more detail and define it medically as a obstruction of the urinary tract, most often caused by stones or stones that cause severe pain on the side, waist or on the side of the belly. The pain begins abruptly, and with increasing intensity and intermittently spreads to the groin or genitals.

If we finally attend to the explanation of the Spanish Association of Urology We would be understanding by renal colic “a pain in the lumbar area of ​​moderate or great intensity that begins suddenly and supposes a great limitation for the patient”.

Pain is the “surname” of renal colic

Nephritic colic is always accompanied, in any description, by the word pain in its highest intensity. And the cause that causes it is that there is something that is obstructing the exit of urine from the kidney to the bladder.

Are the kidney stones or stones the main causes of renal colic. Specific, 98% of cases are caused by them, which little by little have accumulated at some point in the urinary system.

In the other, more exceptional cases, renal colic can be caused by other pathologies that cause obstruction of the urinary tract, such as tumors or congenital diseases.

If we have ever suffered from it, we know very well that it is the unbearable pain that alerts us that the stones have reappeared. But it is not the only symptom.

Manuel Fernández Arjona, head of the urology service of the Hospital del Henares, lists the most common complaints of this pathology:

• Severe, sharp pain in the lumbar area: it appears on only one side and is not associated with movements or postures. Sometimes the pain can move to the groin area.

• Blood in the urineKidney stones can cause small lesions in the urinary tract.

• Burning when urinating: this symptom is very typical when the stone is located near the bladder.

• Nausea and vomiting due to the severe pain caused by colic.

• Fever: The increase in body temperature should alert us because it could be due to an infection. In this case, the best thing to do is go to an emergency service.

AND what to do when the first symptoms appear from the dreaded renal colic?

• Try to relieve symptoms by taking a pain reliever or anti-inflammatory.

• Rest looking for the position that best relieves pain and apply local heat. We can even take a hot bath.

• Urinate into a container or filter the urine with gauze to try to pick up the stone. This way we will know if we have expelled it or not, and if so, we can take it for analysis.

But the most likely thing is that the pain will make us end up in the emergency room, and it will be there that the health workers will confirm the diagnosis through a series of tests: An X-ray, a blood test or an ultrasound will determine the presence of kidney stones in the urinary tract.

How is renal colic treated?

The first thing the medical staff will do is attack the pain caused by the stones. So the analgesics they are the first therapy to relieve the patient.

But of course, once the pain is eliminated, the stones will remain there, so it is essential to try to eliminate them. This can be done in two ways:

• Placing a catheter through the urethra.

• Performing a nephrostomy. As Dr. Fernández Arjona explains, this consists of placing a catheter through a puncture in the lumbar area, the affected kidney is punctured, reaching the urinary tract. In this way the urine produced by the kidney is discharged through this tube.

What if the stone is too big?

In these cases they can be broken by sound waves with a procedure called «Extracorporeal shock wave lithotricia (LEOCH)» which will last a little less than an hour.

It may also be necessary to use the surgery, although it is not very frequent.

How to avoid a repeat?

Have you had kidney colic throughout your life? Well, unfortunately it is very likely that it will happen to you again.

According to Spanish Society of Family and Community Medicine (SEMFyC), about 3 out of 5 people who have had colic will have it again in less than 10 years.

So in this case it is best to do everything on our part so that such a painful episode does not repeat itself. And for this, experts in family medicine propose some prevention measures as easy to implement as they are effective:

• The first and most important thing is Drink a lot of liquids. How much? About 2.5 liters a day (about 12 glasses) and if it can be water, the better.

• There are times when we can lose more fluids than normal. If we have a fever, if it is very hot, if we exercise … In those cases we must reinforce hydration even more.

• Limit the consumption of salt, meat, coffee and beverages that contain caffeine, as well as tea and cocoa.

• Do exercise on regular basis.

In addition, knowing the type of stones that we generate can give us more concrete clues about the foods to avoid.

For instance, if what we have are stones that contain calcium:

• We must reduce the consumption of foods rich in oxalate, such as spinach, beets, legumes, cereals, fruits, nuts.

• And although we have heard it a thousand times, experts in family medicine warn that we should NOT stop drinking milk. This could increase the risk of stones forming.

• It would be good to increase the consumption of foods rich in citrate such as lemon, orange, grapefruit, kiwi, currant and guava.

If we have stones that contain uric acid:

• On the contrary, it is good to increase carbohydrate consumption and reduce protein.

• And no drastic diets. It is best to lose weight gradually because, according to the SEMFYC, “rapid weight loss can cause uric acid stones to form.”

If we have stones formed by cystine:

• Diet low in salt and protein, as well as limiting the consumption of fish.