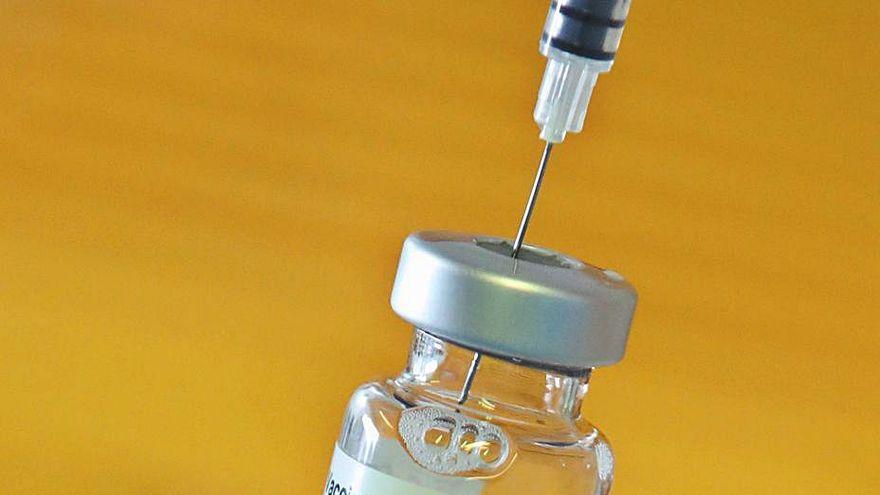 The European Medicines Agency (EMA) recognized on Wednesday a “possible link” between the administration of the vaccine AstraZeneca against COVID and the rare – and very rare – cases of thrombosis, mostly of the cerebral venous sinuses, detected in several European countries, including Spain. According to the opinion of that community body, which analyzed a total of 86 episodes of this type reported until March 22 among millions of doses administered throughout the continent (of which 18 ended in death), The “highly effective” life-saving serum of the Anglo-Swedish pharmaceutical company outweighs the risks. It therefore concludes that the possible occurrence of blood clots should be included as a “very rare” side effect of the vaccine, and again supports its use, leaving the criteria to distribute it among the population in the hands of the states. In our country, it will be received by citizens between 60 and 69 years old. At least, until further notice.

But what is the cerebral venous sinus thrombosis? Why does this disorder occur? How often does it occur in the general population? How does it manifest? Are there citizens more predisposed than others to suffer from this condition? The doctor Mar Castellanos, head of the Neurology Service of the Complexo Hospitalario Universitario de A Coruña (Chuac) and coordinator of the Study Group of Cerebrovascular Diseases of the Spanish Neurology Society (SEN), details, below, what this “type of stroke” consists of, which, she insists, is “very infrequent”, and whose most characteristic symptom is “A strong headache“, Which” does not remit with the usual analgesia “and which” intensifies when the patient lies down “. “If, in addition, it is accompanied by other signs of neurological involvement, such as loss of strength or sensitivity, vision disturbances and even epileptic seizures, it is very important to alert the emergency services and go to the emergency room as soon as possible” , stresses.

The most common “type of stroke”, Dr. Castellanos specifies, is ischemic, which occurs when an artery or, in a much smaller percentage of cases, a vein is clogged. Cerebral venous thrombosis is, in fact, “a very rare entity”, and it barely represents “0.5% of all cerebral infarcts”, reiterates the head of Neurology of Chuac, who describes that the function of the veins is “to drain the blood”, that is, “to remove it from the brain’s circulation , in this case, towards the systemic circulation in general so that it is oxygenated ”. “If the veins are clogged, the drainage system does not work well and the blood is retained in the brain, which is, as it were, a ‘watertight box’, without the ability to expand, as it is surrounded by the skull. This causes, in the first place, a headache ”, he points out. A “persistent” headache, which “does not respond to the usual analgesia”, and of greater intensity when lying down, because in that position “the pressure on the brain increases”.

The headache is, however, a “very common and nonspecific” symptomThat is why Dr. Castellanos insists that “you have to worry” when it “does not respond” to the medication and is accompanied by the other symptoms previously mentioned.

Starting from the basis that cerebral venous thrombosis is a “very rare” condition, the head of Neurology at Chuac points out that this “type of stroke” usually occurs when there are basic processes that generate an increase in blood coagulation. For example, “the consumption of oral contraceptives, pregnancy or the puerperium, the existence of local or systemic infections, dehydration (in the case of children), trauma near the area where the thrombus occurs or certain types of tumors and hematological diseases ”that, in general, increase the prothrombotic state of the patient.

Dr. Castellanos points out that, in recent weeks, she and her colleagues in the specialty have received “many inquiries” from “concerned” patients as a result of the alarm generated after the temporary suspension of vaccination with AstraZeneca, just over two weeks ago. , when the first cases of cerebral venous sinus thrombosis were detected in citizens who had received the injection. “Although just a couple of days later the EMA endorsed the administration of this serum and vaccination was resumed, many patients, especially those who suffered an episode of venous thrombosis before — no longer cerebral, very infrequent, but, for example, on one leg—, they asked us questions as to whether it would be convenient for them to receive another brand of vaccine “, explains the expert, who has an impact on transmitting a reassuring message to all of them, and to the general population.

“It is true that cases of cerebral venous thrombosis have been reported in citizens who have been vaccinated with AstraZenecaBut the reason why this alarm was raised is that pharmacovigilance is working very well. All drugs that reach the market and are used on a regular basis are subject to a pharmacovigilance process. In clinical trials, when possible adverse effects are detected, they are reported, but it must be taken into account that these tests are performed in a limited number of patients. Obviously, it is not the same to administer a drug, whatever it is, to 30,000 people than to administer it to several million. If two or three cases of a certain side effect were detected in the clinical trial, even though it was very rare, when applying the drug to the general population, more will be produced ”, says Dr. Castellanos. “In the case of vaccines against COVID, it is also the case that a lot of people are being immunized in a very short time. In other vaccination campaigns, the possible adverse effects do not accumulate in such a limited period ”, he adds.

When a pharmacovigilance system is started up, “as it should be and is always done”, and a “massive vaccination” is also being carried out, the possibility of detecting possible adverse effects, “and of doing so fast ”, it is“ much higher ”, underlines the head of Neurology at Chuac. “The number of reported cases of thrombosis is very small compared to the total number of vaccinations. And, of course, it is much lower than the incidence rate of cerebral venous thrombosis in the general population, which is already very rare ”, he highlights.

“One in five patients with severe COVID suffers thrombosis”

“We have had patients who were admitted for a stroke and who, later, were also diagnosed with COVID,” warns Mar Castellanos, head of the Neurology Service of the Complexo Hospitalario Universitario de A Coruña (Chuac) and coordinator of the Study Group of Cerebrovascular Diseases of the Spanish Society of Neurology (SEN), who insists that “It is clearly described” that one of the possible effects of the infection caused by SARS-CoV-2 is an increase in thrombosis. “One in five patients with severe COVID suffers from thrombosis. Not only at the brain level, but also in other locations. So much so that, in the acute phase, hospitalized patients are usually started with anticoagulant treatment ”, explains Dr. Castellanos, to reiterate, then, her reassuring message regarding immunization with AstraZeneca. “With all the commotion that has been mounted around this vaccine, it seems that we are forgetting that COVID is a serious infection in a not inconsiderable percentage of cases, and that one of the complications that we are seeing in patients in those with the worst disease are, precisely, thrombosis, “says the head of Neurology at the Coruña complex, who recalls that the goal of vaccination is” that if a patient becomes infected with COVID, that infection passes as asymptomatic as possible ” . “And, in any case, do not suffer a thrombus, since the possibility of that happening is much greater with the infection (at least to date and with the data we have today) than for having been vaccinated with AstraZeneca”, He remarks. Dr. Castellanos highlights that vaccination against COVID, and specifically the serum of AstraZeneca, are being subjected to “absolutely exhaustive scrutiny”. “Numerous registries have been launched, at European level and in other parts of the world, to detect possible cases of thrombosis in citizens who have received the injection, and to determine if there is a specific profile of patients who, for the reason that that is, it should not be administered. So much so, that in this last week a strange coagulation disorder, called ‘Vipit’, for its acronym in English (Vaccine-Induced Immune Prothrombotic Thrombocytopenia syndrome), has already been described, which occurs with these prothrombotic phenomena in relation to with the vaccine AstraZeneca“, Points out the head of Neurology at Chuac, who specifies that, apparently, this unusual phenomenon is due to” a probable susceptibility of those affected that triggers an exaggerated immune reaction “to that particular injection. “An exorbitant immune reaction, similar to that which can be generated by a commonly used anticoagulant, such as heparin, in certain patients,” he says.