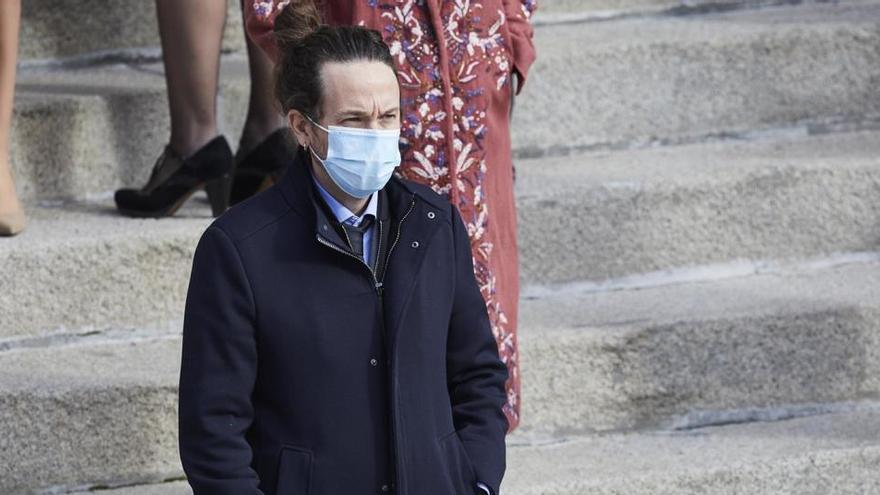 The Neurona political consultant Community, which Podemos hired for the general elections of April 28, 2019, paid 130,500 euros to Creative Advice, the Mexican company to which it subcontracted to do the work commissioned by the ‘morada’ training, for which the party paid Neurona 363,000 euros, according to the invoices that the administrator of the latter company has provided to the court of instruction number 42 of Madrid, which suspects that it could be a simulated contract.

The invoices, to which Europa Press has had access, were paid for “development of communication strategy”, “production of advertising spots”, “management and management of social networks Facebook first semester 2019” and “management and audiovisual management for project to make ‘spots’ with high graphic coverage “.

These four invoices correspond to the contract that Podemos signed with Neurona for a value of 363,000 euros for general elections, according to the legal sources consulted.

Escalonilla has claimed these invoices from Castejón to complete the Neurona accounting that he contributed to the cause at the time and in which It is clear that in 2019 and 2020 the company made several transfers to Creative Advice for a total of 307,000 euros.

The sources have specified that these four invoices are those that appear in the payment order that Andrea Edlin López, Mexican partner of Neurona Comunidad together with the Mexican César Hernández, gave Castejón on April 25, 2019 to pay Creative Advice the services loaned to Podemos.

In said accounting, to which Europa Press has also had access, there are two other payment orders -of May 27 and June 19, 2019- in which Edlin López asks Castejón to enter Creative Advice 3,225,000 pesos Mexicans (131,974 euros) for four other invoices that the administrator also intends to contribute to the cause.

At this time, the electoral issue constitutes the core of the investigation led by Escalonilla, which sees “rational evidence” proving that the charges made by Neurona to Unidas Podemos “were not intended to pay for any service rendered,” but rather been simulated contracts for concealing “a diversion of money” from party accounts constituting an electoral offense, as he has exposed in his cars.

The cause starts from the complaint filed in December 2019 by former Podemos lawyer José Manuel Calvente for four illegal cases: the electoral services contracted with the companies Neurona and ABD Europa; the fate of 50,000 euros transferred from the party’s Solidarity Fund to # 404 Popular Communication; the non-consensual access to the hard disk of one of the ‘purple’ workers -the lawyer Marta Flor-; and the irregular bidding of works, including those of the new headquarters.

Escalonilla has archived the proceedings regarding the electoral contracts with ABD Europe and the so-called ‘Box B’, but continues to investigate the rest. The Madrid Provincial Prosecutor’s Office, which, like the Court of Accounts, agrees with the judge that there could be a mock contract with Neuron, has recommended limiting his investigations to this, considering that the other issues denounced by Calvente are mere “rumors, suspicions or suspicions”.