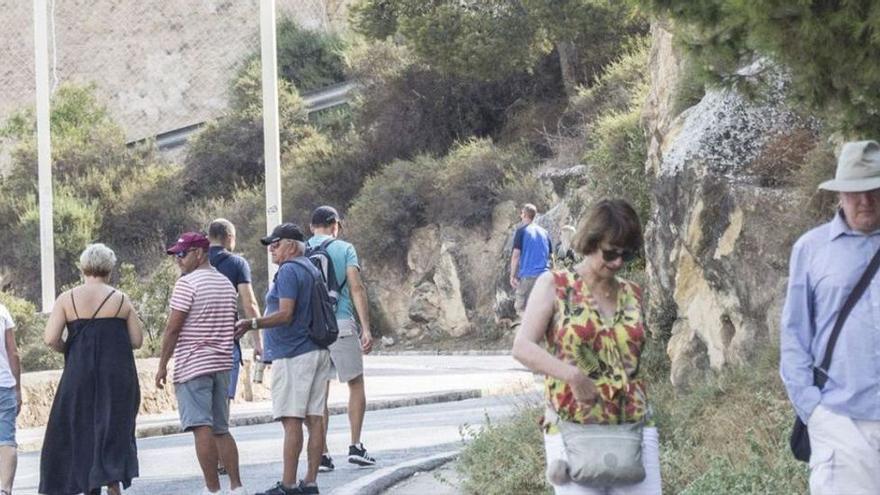 The Alicante City Council will launch the new regular line next Monday to facilitate access to the Castle of Santa Bárbara. The Councilor for Transport, Manuel Villar, has announced the new municipal service that will be covered with minibuses and will complement the elevators from the Postiguet to facilitate accessibility to the fortress, after access to vehicles has been prohibited to preserve the bastion of Santa Ana.

Thus, the minibuses of the new regular line will have only two stops in the Plaza del Doctor Gómez Ulla, in front of the entrance of the Provincial Archaeological Museum (MARQ), and in the fortress itself. The new service will feature winter hours, between October 1 and March 31, from 10 a.m. to 8 p.m., and in summer, between April 1 and September 30, which is extended from 10 am to 10 pm.

Regarding the frequencies of the minibuses, it will be ordinary way every 20 minutes. The service may be reinforced in exceptional cases. Specifically, with the arrival of cruise ships to the city, increasing the number of vehicles to two, which will allow them to pass through the stops every seven minutes. In the case of holding events, such as congresses or meetings with a large influx of people, it is planned can operate up to five minibuses that will allow to improve the frequencies with step every three or four minutes. Only exceptionally and with express municipal authorization, larger vehicles could be used to meet high demand needs on time.

The new regular line will be served within the municipal contract for collective passenger transport by bus in the city of Alicante by the concession company Masatusa. The cost of the new service is estimated at 167.408,89 euros yearly.

Manuel Villar explained that “just as we promised, the shuttles to the Castle of Santa Bárbara will be operational this December, before the end of the year, once all the previous administrative and inspection procedures have been saved.” “This was a service that we had contemplated for a long time, along with other improvements to regular lines that serve the city’s neighborhoods, and that we have finally had to separate and take approval separately to facilitate this service in advance and before the award of the new contract “, explained the mayor.

“Now, both Alicante and visitors will be able to access the castle, in addition to the routes on foot, by using these shuttles and through the elevators from the Postiguet, taking into account the prohibition of access with private vehicles to the bastion of Santa Ana to preserve its conservation “has commented Villar who has also asked apologies to citizens and visitors for the time that has elapsed until the service has been enabled, after access to the site and parking with large buses and private vehicles were prohibited.