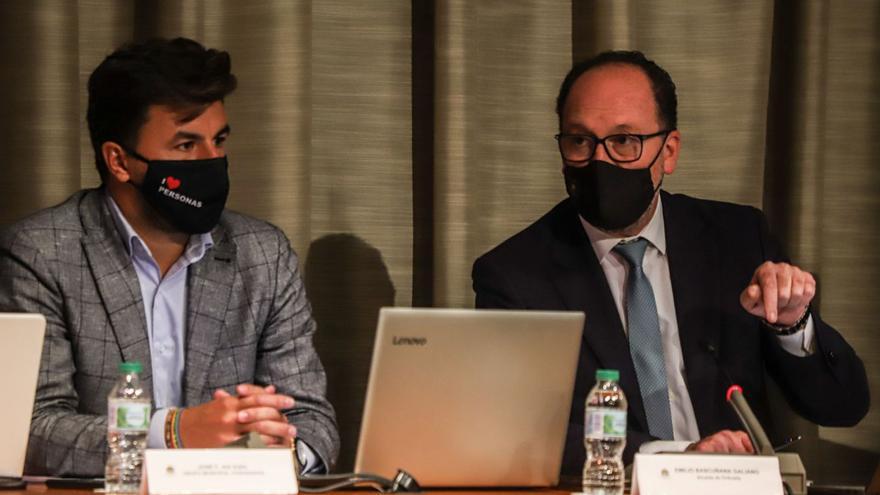 PP sources maintain that according to the demonstrations that took place in the plenary session, as well as the subsequent sensations and the statements of the different parties, they trust that the three measures will go ahead: “No one is going to oppose.” Above all, they say, because they have accepted the request that the three investments “not go in the same batch”, as requested by the PSOE. The socialist spokeswoman, Carolina Gracia, then explained that her party is not opposed to the acquisition of the building and even more so: she reminded the PP that it is easier for them to have her support than with that of her Ciudadanos partners. Along these lines, he encouraged to sit down with the opposition to reach agreements on the path that the socialist party began this summer, approving other remnants proposed by the popular and rejected by Ciudadanos.

However, Gracia yesterday stated that it is not clear that her party votes in favor. He acknowledged that the proposal goes separately, as requested, “but the forms are not: without counting on anyone and without speaking.” After the plenary session, he continued, “we thought they were going to call us to negotiate, but they did not sit down with the groups.” Once again he appealed to dialogue and consensus: “They are not in the majority, so they must negotiate and not transfer responsibility to the opposition to approve urgent projects that should be included in budgets and not through credit modifications.” In his opinion, in the end these are patches that will not cover all the necessary investments that there are in addition to these three.

Nor has there been any negotiation with Ciudadanos, according to sources consulted, which has already led to the plenary session two amendments against. Its spokesman, José Aix, has been very critical on several occasions with the acquisition of this building, which he has described as a “whim” and “unnecessary and ostentatious displays” that fattens an already bulky inventory of municipal buildings. At the point that they most coincide is in the 800,000 euros for the RSU work center in Orihuela Costa, but they also do not agree with the second phase of the emergency center, which is still closed several months after the completion of the works.

For its part, Cambiemos will ask for more details of the proposals before casting its vote. In addition, like PSOE and Ciudadanos, they demand from the popular the capacity for dialogue. The opposition reproaches the PP for forgetting that it governs in the minority and with a partner with whom it is in a continuous power struggle.

The government meeting, which was held yesterday, also evidenced these conflicting positions when a proposal from the Urban Planning area was left out, in the hands of Citizens. Specifically, the PP asked to withdraw a building license and the orange formation voted against it. However, immigration agreements were reached for aid and subsidies for integration projects, for an amount of 33,783 euros, as well as the award of the service contract for the construction management and security coordination for the construction of the first phase from the sports area of ​​Molins.

Bascuñana turns to the Generalitat before Councilor Boné

As happened last week, and it has been postponed for almost a month, the formation of courts for Local Police oppositions was once again left out of the governing board, a matter that falls to the councilor Luisa Boné, Citizens, who the mayor already took away some powers in September. From the PP they state that their objective is not to put obstacles to the process, but to give guarantees of transparency and ensure clean procedures, with the same possibilities for everyone, especially in such sensitive positions of the Administration. In fact, the mayor has sent a letter to the Directorate of the Valencian Security Agency for that institution to propose the presidency of the courts “for the sake of greater impartiality.”