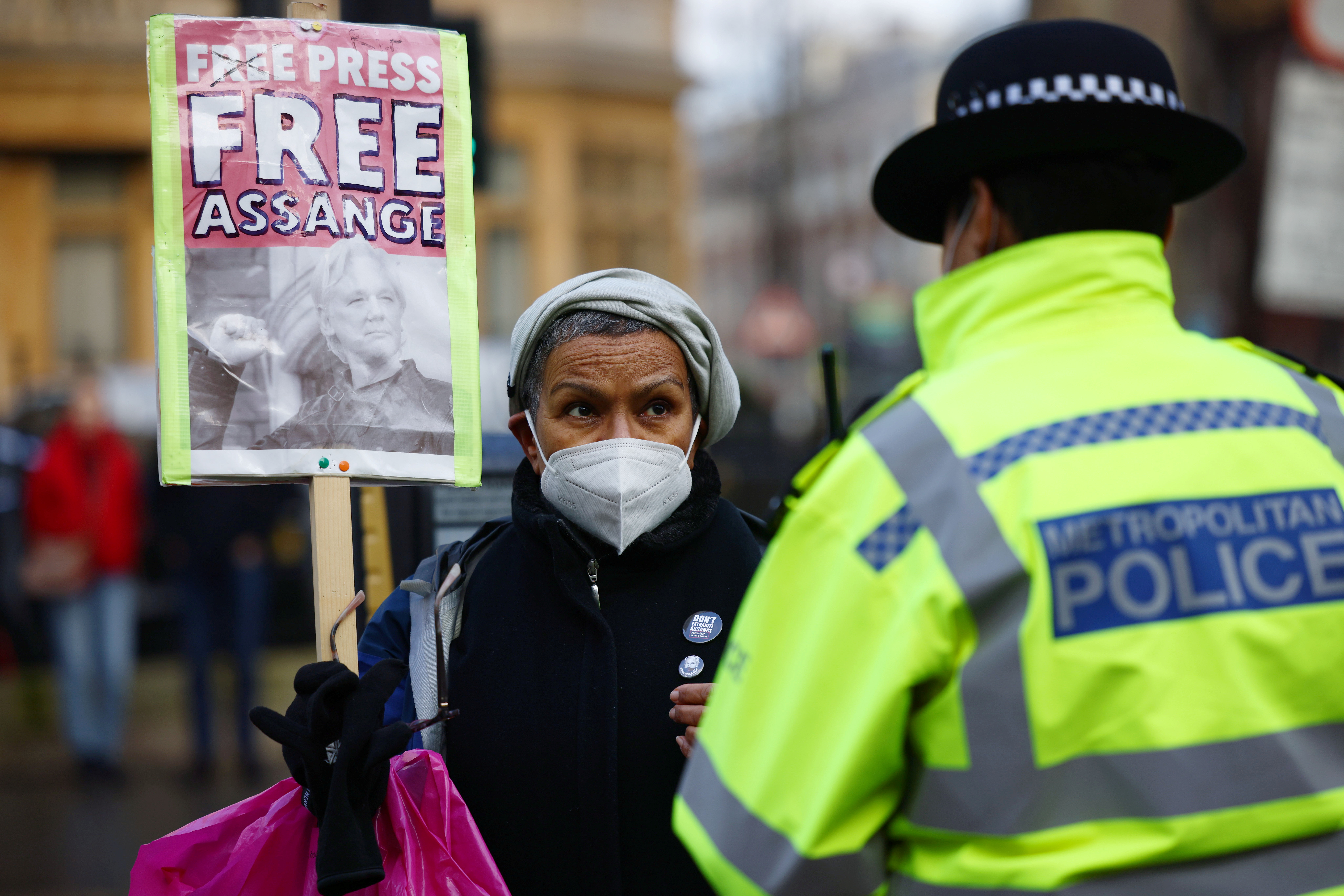 New data suggest that the shadow of the CIA planned for months on the figure of Julian Assange during his long stay at the Ecuadorian embassy in London thanks to the collaboration of a Spanish security company that recorded the activist’s conversations on audio and video with his lawyers and allegedly provided them to US intelligence. A London judge agreed on Monday to reject the extradition of the cyber-activist to the United States. The investigation initiated by the judge of the National Court José de la Mata and which will now continue his court tracks the IP (unique number that identifies a computer connected to the network ) that accessed the terminal of the Spanish company UC Global in Jerez de la Frontera where all the information was stored.

According to the evidence provided by a former computer scientist from this company, today a protected witness, the ISP (the Internet service provider) of one of the IPs that accessed the server of the Spanish company corresponds to the North American security company The Shadowserver Foundation. This entity assists governments, law enforcement and intelligence agencies in the United States in security and crime on the Internet, according to its website. Other addresses point to IPs in Texas, Arizona, Illinois, and California. The proceedings of the National Court are at a standstill since six months after the judge sent a rogatory commission to the US authorities requesting the ownership and geolocation of the IPs that accessed the FTP server (File Transfer Protocol) of UC Global – the Spanish company in charge of the security of the embassy in which Assange took refuge – the US justice still does not respond.

The North American Prosecutor’s Office demanded from the judge the sources of information of his investigations and he responded by expanding his initial information, but the silence continues. The United Kingdom has also not filled out a plea from the magistrate asking to take a statement from Assange’s lawyers who were spied on. The delay in the response of both countries makes the investigations difficult, according to judicial sources. Dozens of hours of illegal recordings were stored on the UC Global server, the headquarters of the company created by the ex-military David Morales, as well as reports on the founder of Wikileaks, his fingerprints, handwriting studies and photographs of the passports and mobile phones of all his visits, lawyers, politicians and journalists with whom he met, according to an investigation by EL PAÍS in 2019.

The espionage tests ended in the National High Court after the presentation of a complaint against the owner of UC Global for the defense of Assange. Morales was arrested and is being investigated for crimes against privacy, violation of the secrecy of communications between lawyer and client, bribery and money laundering. De la Mata, who will be replaced in court by Santiago Pedraz, wanted to question Zohar Lahav, vice president of security at Las Vegas Sands, the casino owned by Sheldon Adelson, one of the main donors to the Republican Party and friend of the president of the United States. , Donald Trump.

Morales was in charge of securing Adelson’s ship on his Mediterranean voyages, and the investigation suggests that Lahav could have been his contact to offer Assange’s information to the CIA. The judge also requested, still without success, to take a statement from former Republican congressman Dana Rohrabacher and actress Pamela Anderson, who visited the Australian activist at the embassy and who were also subjected to surveillance. The emails between Morales and his workers in which he ordered, in 2017, the placement of cameras with audio and microphones in the fire extinguishers in the meeting room and in the embassy’s ladies’ bathroom, are full of phrases and suggestions about their collaboration with the American intelligence services. “A plan to treat and sell American friends”, “we play in the first division”, “I have gone to the dark side”, “those who control are the friends of the USA”, “American friends ask me to specify them” , he boasted in writing with his collaborators.

Morales, a former member of the Marine Corps Special Operations Unit, sent some of these emails at the end of January 2017 from The Venetian hotel in the city of Las Vegas, an establishment owned by magnate Adelson. The ex-military man asked his workers at the Ecuadorian embassy in London for all the information “about the computer systems and networks” of the diplomatic legation, as well as the telephone numbers of the “guest”, the nickname by which they referred to Assange.

On the 24th of that same month, in a conversation with one of his workers, today a protected witness in the court case, he expressed himself thus: “I want you to be alert because according to what they tell me, they may be controlling us, so everything that is confidential let it be encrypted ”. “I am on a subject in which I foresee that they will monitor us. How are we protected from that? ”He asked in another conversation. The worker responded about the systems they had and Morales responded resignedly: “I don’t think it’s a problem for those who want to see us (…) what can we do if a stars and stripes agency wants to see us.” “I already imagined I was going there,” added the UC Global technician. In another email sent in July 2017 from Miami, Morales asked one of his henchmen to send him “the budget for the cameras” with audio that months later they installed in the embassy. “Send it to me so that when I meet I can deliver it,” he concluded.

The message was accompanied by an emoticon of Donald Trump winking an eye. And in another conversation in which he asked for the access manual “to the profiles web”, the image of Trump threw his hands at his head. The ex-military man had ordered his men to prepare and archive profiles of all the people who visited Assange and identified the Russians and Americans as “priority targets.” With the phrase “sell to the friends that I told you about” Morales referred to the visit of Yanis Varufakis, a Greek economist and politician who visited the activist in September 2017. “This type of visits and connections can be interesting. You have to indicate the reason why you went there and who you were with ”, wrote the owner of the security company to one of his workers. Morales ordered his employees to install stickers on the windows of the embassy that allowed conversations to be recorded from outside the building, according to testimonies collected by this newspaper.

Assange had installed a white noise lamp in the meeting room that he turned on every time he met because he suspected that he was being spied on. An investigation of The New York Times revealed that Assange became a priority target of the CIA under the mandate of Mike Pompeo, current US Secretary of State and director of the agency from 2017 to 2018. Official sources acknowledged that Wikileaks was investigated in search of alleged ties of its founder with Russian intelligence.