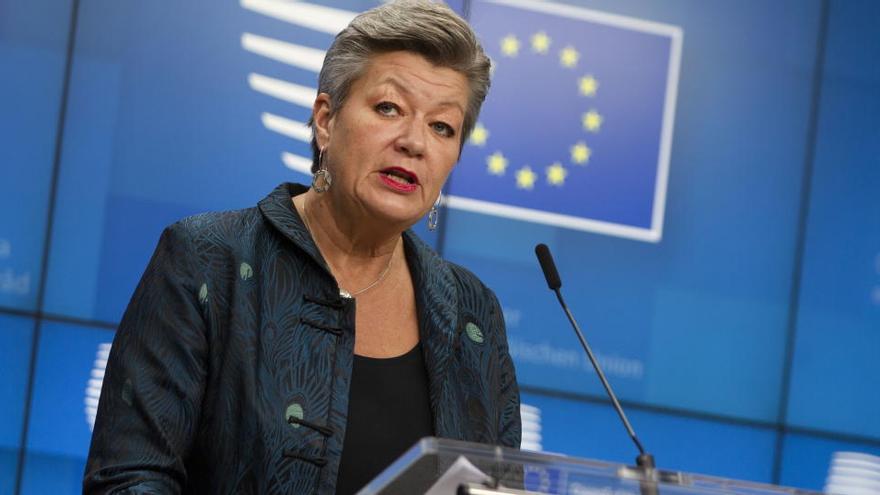 The countries of the European Union (EU) are determined to give a new impulse to protect its borders already fight against extremism after the latest attacks in France and Austria, which have put terrorism at the top of the European political agenda again.

This Friday, five years after the attacks on the Bataclan room and other points in Paris, the EU Interior Ministers participated in a videoconference in which they adopted a statement condemning the attacks and underlining “unity and solidarity” of the countries in that fight.

“It is a strong sign that we are in this together”German Interior Minister Horst Seehofer, whose country chairs the EU Council this semester, told a press conference.

The objective is to complete the measures on which work has already begun, but also to implement new ones, for example in the field of encrypted communications used by terrorists.

For her part, the European Commissioner for the Interior, Ylva Johansson, announced after the meeting that it plans to present on December 9 a new agenda against terrorism in the EU.

At the end of November, the commissioner added, the first forum will be held to discuss how to strengthen the Schengen area of ​​free movement and in May 2021 Brussels will propose a strategy in this regard.

The declaration of the ministers affects the “long and hard road” who have had to travel the European countries until recognize freedom of religion and underlines the need to combat, through the rule of law, extremist attempts to destroy that principle.

Sources from the Spanish Ministry of the Interior admitted that the initial draft included an explicit reference to Islam, which ultimately does not appear in the adopted text, because Spain and other countries believed it preferable not to appear.

The goal, sources said, is fight any kind of terrorism and make clear respect for all religions.

The statement says verbatim: “Our fight against terrorism is not directed against any religious or political belief, but against fanatic and violent extremism.”

In particular, the Commission is asked to support initiatives that help understand the root causes of extremism and advocates “promoting that religious education and training, preferably within the EU, is in line with European fundamental rights and values”.

In this context, the President of the European Council, Charles Michel, proposed this week to coordinate a training of magnets at the European level to avoid foreign influences.

The text emphasizes the need to improve the integration of immigrants and stresses that these efforts must go both ways: by the host countries, but also by the people who come from abroad.

“Violations of the democratic order and values ​​of the European member states or their national laws must not be minimized or tolerated, regardless of what motivates them,” he says.

It also calls for denying public funding, both national and European, for organizations that do not act according to the rules and that support content that is contrary to fundamental rights and freedoms.

Strengthen the functioning of Schengen

“We must optimize the protection of our external borders, we have to know who enters and who leaves “, there must be more exchanges between countries on these data and on movements in the EU, said the German minister.

The ministers included a specific section to underline the need to exchange data on people who pose a terrorist threat, since many of the attackers in recent years were already known to the authorities of some of the countries for their extremism.

They also stressed the need for prevent foreign fighters from entering the Schengen area undetected.

One of the areas where more can be improved is in police cooperation between countries, underlined Seehofer.

The states asked the Commission on Friday for a proposal to review Europol’s mandate, aimed at allowing data processing.

The EU has set out to “take systematic action to prevent radicalization in Europe” and avoid “all kinds of extremist propaganda, the preaching of violence “and the financing of hate and violent extremism.

He also wants “more efficient” measures against radicalization in prisons and in relation to the release of extremists and those convicted of terrorism.

“The Islamist attack on a teacher in France shows once again how important it is to combat illegal content ‘online’, terrorist propaganda, incitement to hatred and disinformation,” the text says.

He considers that social networks and other hosting service providers “have the responsibility to ensure that their services are not used for illegal activities that promote crime, terrorism or hatred “and trust that future regulations on Digital Services increase this responsibility, with sanctions and other measures.