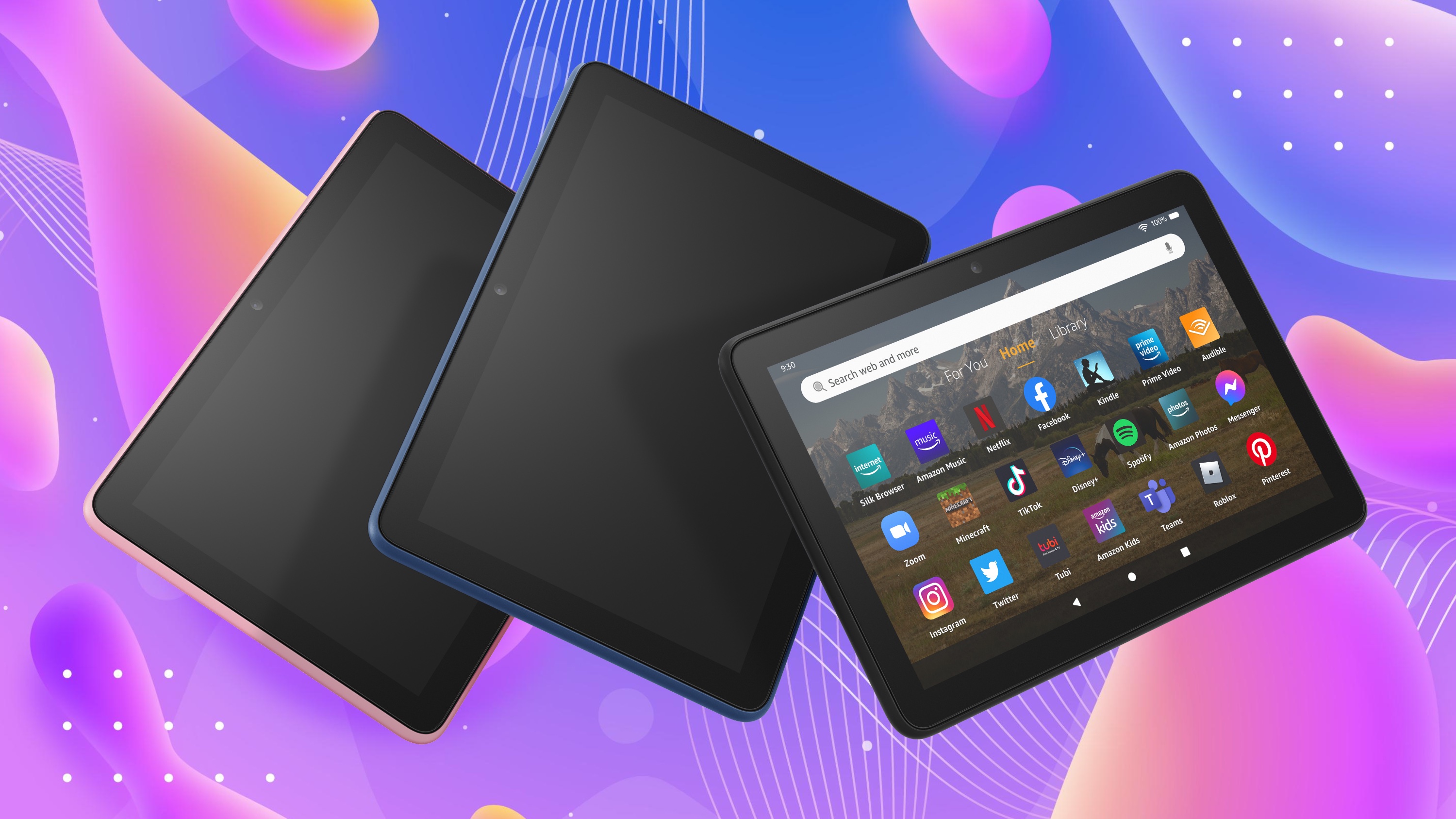 Amazon brings to Spain the update of one of its best tablets, Fire HD 8. In this 2022 edition the famous cheap tablet 8-inch is now a bit faster, keeping its best features.

Among all the products that Amazon recently announced, the 2022 Fire HD 8 was not among them, because it was actually presented a few days before. Even so, this cheap tablet comes at a very good time to convince those who need a tablet and don’t want to or can spend a lot.

8-inch tablet, up to 13-hour battery, 32GB or 64GB memory expandable with microSD, Android modified by Amazon that includes all its services and app store, but not Google Play.

This 8-inch tablet is added to the Fire 7 and Fire HD 10, which, as you may have noticed, already indicate the screen sizes. This model is between these two sizes and also in technical characteristics. And although it is also priced in the middle, it is possibly the best option to buy.

What’s so special about Fire HD 8? What is missing to be a good option and spend your money on this cheap Android tablet? Here are the keys so you can make the best purchase decision.

The best value for money in Amazon tablets

Amazon does not compete against the iPad, nor is it that it needs it. Actually Amazon Fire HD 8 is a tablet that tries to convince you not to buy another cheap tablet on the market, relying on all Amazon services.

Also Read  Japan had always been spared from ransomware because its language was too difficult. Until now

Keep in mind that this tablet costs 114.99 euros in its most basic version, that is, with 32 GB of storage (expandable with microSD) and also with Amazon advertising on the locked screen.

The biggest change in Amazon Fire HD 8 is inside. It has gone from having an unidentified quad-core processor to an eight-core processor that the company says makes it 30% faster.

A 30% performance boost isn’t too bad considering this is a cheap tablet, so you should never think you’ll get the same performance as a higher-end iPad or Android tablet.

Of course, it maintains the RAM memory at 2 GB, so as we mentioned, the performance has improved, although it is what it is.

Why 8 inches is a perfect size

Most tablets on the market are around 10 or 11 inches in size. It’s a good size for watching videos, but not so good if you want to use it for reading. That’s why the Fire HD 8 remains a rarity, a screen size that is rare to see on other brands, but has its advantages.

With 8 inches you have enough screen size to watch movies and series, but without a doubt its great advantage is that it is light and very manageable to read on it. You have the Kindle app or you can download other eBook readers.

Not as small as a Kindle, not as big as an iPad. A size that is perfect to carry in your bag or backpack and that with the correct cover you can put in a lectern format on a flat surface and watch your movies and series from any streaming platform.

Also Read  China discovers a new mineral and a new fuel... on the Moon

The battery of a tablet is a fundamental element when making the purchase decision. It is not worth much to have a large tablet and that its battery lasts a few hours. The same of a small tablet and its battery drains fast.

With processor changes and performance improvements, Amazon has achieved increase autonomy to 13 hours of the 12 hours of the previous version.

It is an improvement of one hour, which may not be enough, but in case you need it when you are traveling, it is an important advantage. It is one more hour of series or movie that you can enjoy.

Amazon Fire HD 8 does not have any Google services installed. Therefore it does not have Gmail, Google Maps or Google Play. Instead they use Fire OSan operating system based on Android but with a great personal layer with Amazon services.

The truth is that you will find hundreds of manuals on the internet to install Google services on this tablet, the Amazon app store has the main apps you may need, such as Instagram, Netflix, Facebook, Twitter, Spotify, Twitch and many more .

You will even find Microsoft Office office applications or games of all kinds in its store.