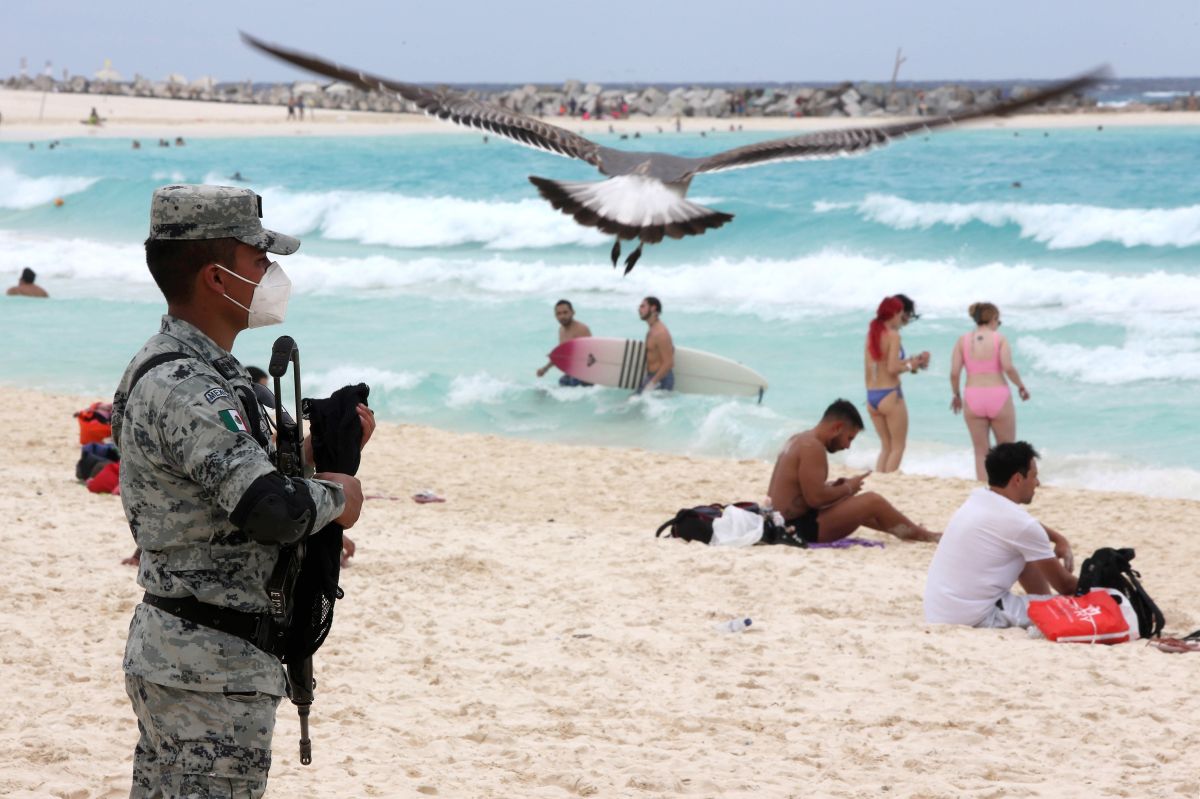 Members of the new tourist security battalion of the National Guard of Mexico made their first tour this Thursday and guarded Cancun beaches and the Riviera Maya to prevent the performance of criminal groups.

Near 1,500 battalion members arrived in the area aboard almost 60 units, which were distributed among the municipalities of Benito Juárez, Isla Mujeres, Solidaridad, Puerto Morelos and Tulum.

The National Guard agents began this morning the tour of beaches and strategic points with the aim of inhibiting the presence of criminal groups that dispute control of the area for the sale of drugs, a situation that has caused numerous clashes in recent months .

One of the main functions is to provide security to national and foreign tourists on beaches, shopping centers and entertainment areas.

The creation of this elite group within the National Guard and which is under the command of the Secretariat of National Defense (Sedena) to serve tourist destinations was announced in Cancun during the morning conference of President Andrés Manuel López Obrador on November 17, after two violent events in Tulum and Puerto Morelos.

On October 20, the confrontation between two groups in the bar “La Malquerida” in Tulum left two tourists dead – one German and one Hindu – and three other visitors received gunshot wounds.

In Puerto Morelos, located between Cancun and Playa del Carmen, on November 4 a heavily armed commando arrived on the beach of the Hyatt Ziva Riviera Cancun hotel with the intention of assassinating two alleged drug dealers from a rival group. The confrontation caused the death of said criminals and scenes of panic among tourists and workers.

All the agents who were displaced to the region will receive an intense training program in the coming days. They will attend, among others, courses on “tourist proximity” and “protection of national and international tourism.”

During a tour of the main beaches of Cancun it was found that the presence of the military was well received by tourists, workers and businessmen, and many people came to ask for photographs.

On the morning of this Thursday, a welcome reception of the National Guard was held in Playa del Carmen and the arrival of the battalion included a tour of Fifth Avenue and some of the main roads of the city.