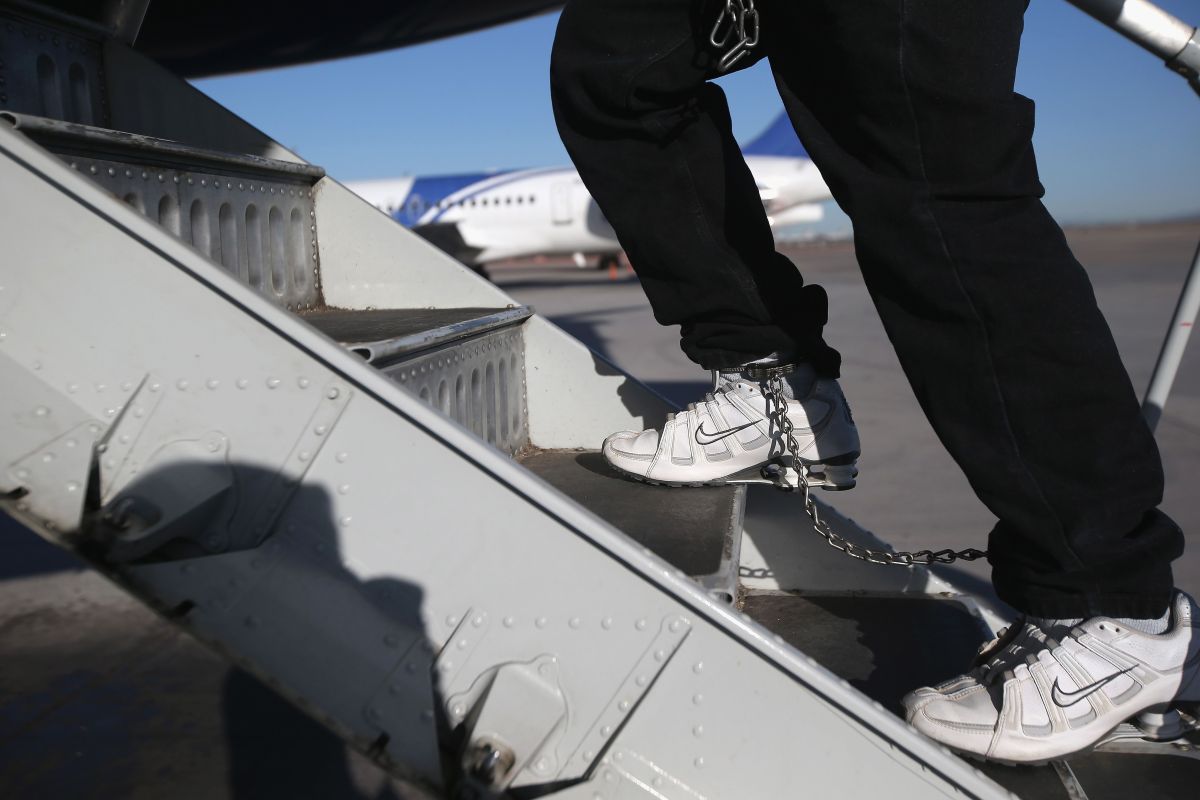 LOS ANGELES- The wave of new instructions to immigration agents by the Government of the presidente Donald Trump It is targeting the petitions of hundreds of immigrants who are at risk of being deported or unable to obtain benefits, experts warn.

In the last week, the Department of Homeland Security (DHS) and the Citizenship and Immigration Services (USCIS) have launched new guidelines and regulations that make it difficult for immigrants to successfully get their petitions approved, alerted Efe Fernando Romo, immigration lawyer and main advisor to the Los Angeles Association of Salvadorans (ASOSAL).

“They’re basically ordering USCIS officers to dig deeper into the cases, and the discretion of non-approval is increasing so that the negatives outweigh the positives,” Romo explains.

“If we do not pay attention to these changes this will cause many immigrants to be at risk,” insists the lawyer.

NOT ELIGIBLE FOR CITIZENSHIP

The lawyer highlights the modifications made this Wednesday to the USCIS Policy Manual, which targets immigrants who make their citizenship petitions.

In a press release, the agency said that some immigrants obtained their lawful permanent resident status “by mistake, fraud or failure to comply with the law,” so they will not be eligible for naturalization.

The new guidance “states that an applicant is not eligible for naturalization in cases where the applicant did not obtain permanent residency status legally, including cases in which the US Government was not aware of disqualifying material facts.

Romo cautions that the interpretation is too broad, and can cause a permanent resident to be disqualified from citizenship for failing to report a prior deportation, a prior offense, or even being married in petitions declaring that he was single. Also for presenting false employment letters, among others.

“Now they will be with a magnifying glass on the cases, and they will consult their databases, which are now more up-to-date and where the frauds are reported,” he emphasizes to the lawyer, who warns that this may mean that many cases end in a nightmare”.

Additionally, USCIS officials will pay special attention to ensuring that immigrants have not abandoned their permanent residence status, when leaving the country for long periods without a permit from the immigration authorities.

The agency warned that when “the application for naturalization is generally rejected, the applicant is placed in deportation proceedings.”

The change came less than a week after the naturalization questionnaire was expanded, which activists believe represents a new barrier for immigrants.

This is not the first time that the Trump administration has imposed procedural changes. This Thursday a coalition of immigrant advocates filed a lawsuit against USCIS and DHS over a new policy of rejecting applications that have a blank response field.

In the complaint filed in federal court in San Francisco, the plaintiffs note that USCIS has rejected applications for leaving boxes blank even when the question is not applicable, for example, when the applicant does not include an answer for the middle name because it does not have a middle name.

“USCIS’s denial policy is petty, dishonest, and illegal,” Mary Kenney, deputy director of the National Immigration Litigation Alliance (NILA), one of the plaintiff organizations, said in a statement.

“His rejection of thousands of applications for humanitarian immigration benefits because the applicant left a blank space instead of putting ‘N / A’ has no legitimate agency purpose, but has caused great harm to vulnerable immigrants,” said Kenney .

In that regard, Matt Adams, legal director of the Northwest Immigrant Rights Project (NWIRP), said that “this policy is clearly aimed at preventing people from obtaining the humanitarian benefits that Congress has provided.”

For his part, attorney Zachary Nightingale, partner at Van Der Hout LLP, stressed that “the rejections are so seemingly absurd that the true purpose, to deter and prevent valid claims, becomes undeniably clear. Shamefully, this time around, the target includes some of the most vulnerable and skilled immigrants. “

This week, DHS also released a proposal that seeks to restrict the approval of work permits to foreigners with a deportation order.

The “Notification of the proposed regulation”, which was published this Thursday in the Federal Register and entered a period of 60 days to receive comments on the “Authorization of employment for certain classes of foreigners with final expulsion orders.”

According to the United States Citizenship and Immigration Services (USCIS), under current regulations, “an alien who has a final order of removal and who is temporarily released from DHS custody under an order of supervision (OSUP) is generally eligible for an employment authorization document (EAD) ”.

Although the measure will specifically affect those people whose deportation has been ordered, but it cannot occur because their country does not accept them, Romo warns that this measure may affect more migrants if the president-elect reduces deportations.

“In the Obama administration, those who had a strike upon deportation had the right to their work permit, if this measure remains in force, it will not allow them to obtain this permit,” warns the lawyer.