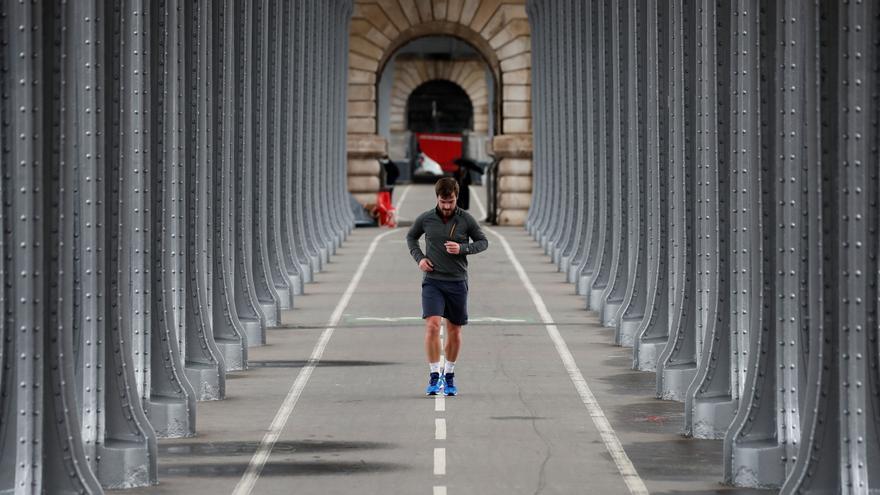 The gradual decrease in cases of covid-19, reduced to a quarter in two months, encourages the countries of Europe to lift restrictions as soon as possible against the pandemic. However, the threat of British and South African variants it raises doubts about the openness of public life and even raises new border controls, which places the continent at a crossroads.

The first week of March is the deadline that most of the States have given themselves to start loosening the closures or at least to review them, without rushing to lift confinements that have managed to reduce infections, something that, according to experts, has nothing to do with the incipient vaccination.

In addition, they warn that new variants could become more transmissible and deadly, and threaten the effectiveness of vaccines, so the rush in Europe to get out of the economic crisis and return to normalcy can be counterproductive.

The ECB warns of the risk for the recovery

The European Central Bank (ECB) considers that the new variants of the coronavirus, which are more infectious, represent a risk to the recovery of the economy of the euro area. The ECB’s chief economist, Philip Lane, told a meeting Thursday that “the launch of vaccination campaigns in the euro area was an important milestone.”

However, it concluded that the short-term outlook is challenging given the further increase in infections, the emergence of virus mutations and more restrictive containment measures imposed in many euro zone countries in recent months.

The ECB kept interest rates and the volume of debt purchases on January 21, so its monetary policy has been on automatic pilot since December, when it decided to increase monetary stimulus.

The decline in new infections has slowed in Germany, where health authorities registered 10,207 new positives in the last 24 hours and 534 fatalities, according to data from the Robert Koch Institute (RKI) for virology. On Thursday of last week, new infections totaled 10,237 and deaths totaled 666.

The cumulative incidence in seven days even increased slightly in the whole of Germany up to 57.1 new infections per 100,000 inhabitants, compared to 57 yesterday, while a week ago it was at 64.2. In addition, the British variant of Covid-19, more infectious, has spread and currently accounts for more than 22% of infections, compared to just under 6% two weeks ago.

Therefore, the German Government carefully study the steps to gradually come out of the hiatus of public life in force until March 7, while maintaining border controls with the Czech Republic and the Austrian Tyrol.

The French Executive indicated that as of Monday the Isolation of people who test positive for coronavirus rises from seven to ten daysalthough the number of contact cases remains at seven. The Minister of Health, Olivier Véran, explained that the measure is taken after some scientific studies indicate that the duration of the contagiousness of the variants is longer than that of the classic covid.

The government representative added that his decision is made “without waiting for confirmation” of these investigations, but at a time when the percentage of infections caused by these other strains has become high. According to his data, the 36% of the positive cases analyzed correspond to the British variant, and 5% to the Brazilian or South African.

In total, France registered 22,501 cases of coronavirus in the last 24 hours and 271 deaths in hospitals this Thursday, which made the Government emphasize that the time has not yet come to relax the restrictions.

Hospitalized patients fall to a minimum in Portugal

The number of patients admitted with covid-19 in Portugal, where the third wave put hospitals to the limit, fell this Thursday below 4,000 for the first time in more than a month, in a day with 105 deaths and 1,944 infections.

According to Portuguese health authorities, there are 3,819 people hospitalized with the virus, 318 fewer than yesterday and the lowest number since January 10. Of that total, 688 are in intensive care units (31 less than the figure on Wednesday). This Thursday there were 1,944 infections and 105 deaths, below yesterday’s data. The number of active cases also fell and dropped below the 90,000 mark, which had not happened since the beginning of January. Since March, the country, with 10 million inhabitants, has added 792,829 cases and 15,754 deaths.

On the other hand, the Portuguese Government has your recovery plan open for public consultation to access community support funds after the pandemic, in which outstanding projects are taking place.

The new Government of Mario Draghi will have to face the first decisions on the possible new restrictions in Italy and you will have to decide which regions go into the red or orange zones, those with the greatest limitations. In addition, on February 25, the extension of the prohibition to travel between regions provided for by the last decree signed by the former prime minister, Giuspeppe Conte, will expire.

In recent days, several virologists and experts have shown their concern about the advance of virus variants and have asked the Government to apply more severe measures to reduce social contacts, even a total confinement.

Italy has registered 13,762 new cases of coronavirus and 347 deaths in the last 24 hours, while the good data that is recorded in the Aosta Valley (north) could make that area the first to cancel most restrictions. In total, 2,765,412 people have been infected in the country since the health emergency began a year ago, while the last deaths, 22 less than yesterday, raise the death toll in the country due to the pandemic to 94,887.

The acting Dutch Government achieved this Thursday the support of a parliamentary majority to maintain the curfew with a rule drawn up against the clock within the framework of the coronavirus emergency law that, if it gains the support of the Senate, gives a Alternative legal basis to a restriction that was overturned by Justice.

The figures show a rise in daily infections in the Netherlands, where a total of 89 deaths from covid-19 and 4,618 new infections were detected in the last 24 hours, some 1,222 more than yesterday, and more than the average registered last week , which was 3,649 per day. Since March of last year, 1.03 million infections and 14,929 deaths have been reported.

The British Prime Minister, Boris Johnson, will announce on the 22nd the roadmap to lift the confinement in England, after the decrease in the transmission of the disease and the advance of the vaccination plan for the population. According to the latest official data, the United Kingdom yesterday registered another 738 deaths and 12,718 infections.

A report from Imperial College London assures that there has been a “sharp decline” in the number of virus transmissions in England since the beginning of last January and the biggest drop was observed in the British capital. This academic institution released its ‘React’ study, in which it states that infections fell by two thirds in England, but the fall in London, the southeast and central English reached 80%.

The Irish Government announced that it expects to receive at least one million doses of vaccines per month during April, May and June, which will significantly speed up the immunization process. Since the beginning of vaccination, the health authorities have administered 271,942 doses, mostly to residents of nursing homes, their caregivers and health workers.

In principle, the Dublin Executive plans lift restrictions as of March 5, but has indicated that the reopening of the economy will be slow and gradual. The latest figures indicated that 57 new deaths were registered, which left the number of deaths at 4,036, while 650 new infections were detected, for a total of 211,751.

Decrease in infections and deaths in Spain

The Spanish health authorities have reported 388 deaths in the last 24 hours, compared to 513 last Thursday, and they have also reported a new decreased pressure in ucis, which stood at 35.4% (almost one point less than yesterday), while the plant fell to 13.5%.

The communities have notified the Government of 14,515 new positives, bringing the total number of infections since the start of the pandemic to 3,121,687 and the number of deaths to 66,704. Seven regions are already below 250 cases per 100,000 inhabitants in the last 14 days.

Russia has admitted that it does not have the capacity to meet international demand for the Sputnik V vaccine, Kremlin spokesman Dmitri Peskov confessed. “The demand for the Russian vaccine abroad is really high. It is so high that considerably exceeds production capacities“, he alleged.

The representative of the Russian president noted that “the national vaccination campaign” is his “top priority”. “All production capacities have been mobilized, which in the first instance work for the domestic market,” he added, adding that Moscow has proposed to other countries to produce the Russian vaccine.

WHO asks to invest in the anticovid plan

At a global level, the World Health Organization (WHO) announced on Thursday its new Strategic Preparedness and Response Plan against the virus in 2021, for which it will require financing of 1.96 billion dollars, 15% more than in the one of 2020.

The new program, announced by WHO Director General Tedros Adhanom Ghebreyesus, has several objectives: reduce cases and deaths, combat misinformation, protect the most vulnerable and facilitate equitable access to treatment. “Financing this plan is not only investing to face covid-19, but also in global recovery and building a safer world,” emphasized the Ethiopian expert.