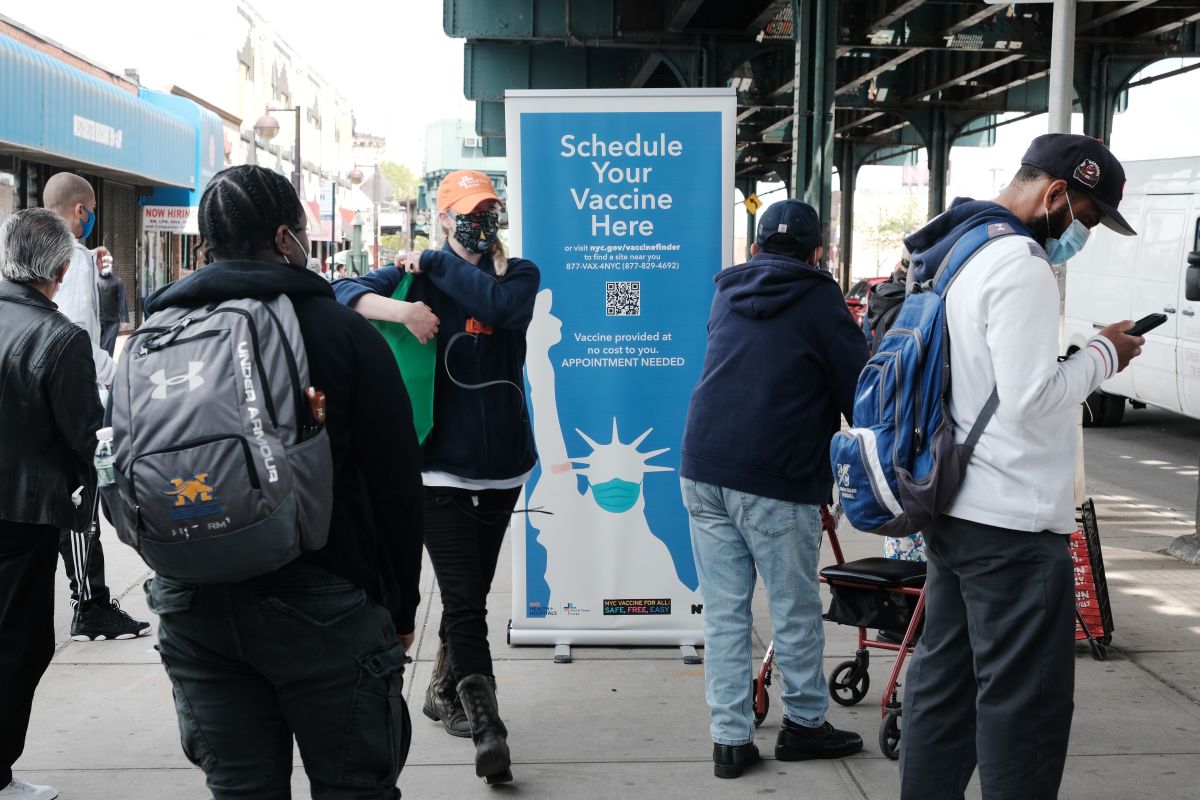 Although being vaccinated against COVID-19 can mean the difference between life and death due to the havoc that the strong Delta variant of the virus is causing, many people still refuse to inject themselves and one of the main reasons is misinformation about the drugs that are being shared on social networks such as Facebook and Twitter, and that is targeted largely to the Hispanic community.

The vaccine can kill, cause infertility in women, or is used to microchip the body and so the Government can control your movements … and stop counting. There are countless conspiracies and false information that are shared through social networks, which is causing almost half of the country’s population, and more than 40% of New Yorkers, to refuse to be vaccinated, including many Latinos

And to combat that misinformation, New York Attorney General Letitia Jemes sent a letter to Facebook on Thursday demanding that it make changes to its platform to stop the publication that seeks to discourage vaccination against the coronavirus among Hispanics.

“As COVID-19 Continues spreading throughout the country and communities unvaccinatedAs the Latino community in particular, see the worst of the disease, Facebook and other powerful social media companies must choose lives over profits and take real action to combat the spread of destructive lies, ”James said in a statement.

The New York Attorney General, which leads a coalition of advocates that focuses on highlighting concerns about vaccine discrepancies among minority communities, specifically asked Facebook to address and dispel harmful and inaccurate myths about the virus and available vaccines, which has led to doubts about the vaccine among Facebook users.

The Latino community, in particular, has been the target of inaccurate information about the vaccine, leading to vaccination rates almost 45% lower than those of other ethnic groups. Indecision about the vaccine is even higher among people who mainly speak Spanish.

“As we approach fall and more New Yorkers begin indoor activities again, it is vital that we encourage those who have not yet been vaccinated to take that step. But the constant barrage of inaccurate information shared on Facebook has caused vaccination rates in the Latino community barely exceed 15 percentJames emphasized.

The Attorney General added: “Neither language nor ethnic origin should be a barrier to receiving accurate information about life-saving medical care. We urge Facebook to take responsibility for allowing these dangerous lies to continue to spread, and to do more to combat this misinformation. We must encourage everyone, especially our most vulnerable communities, to get vaccinated ”.

Specifically, Attorney General James and the coalition point out that false information –much of which is written in spanish– has circulated among the Latino community. This direct targeting of Latino communities has led to vaccination rates remaining extremely low. Just over 15% of those who identify as Latino have received at least one dose of the COVID-19 vaccine, compared to nearly 60% of non-Hispanic whites. A recent study found that more than half of those who identify as Latino who have not yet been vaccinated are concerned about the safety and effectiveness of vaccines; Among Spanish speakers, this figure rises to 67%.

Also, according to a study, Facebook is more likely to flag and put a warning label on false information in English than the same information in Spanish. This has contributed to the fact that nearly 40% of Latino respondents said they had been exposed to material that led them to believe that COVID-19 vaccines are neither safe nor effective.

The coalition asked Facebook to share its policies and procedures regarding misinformation targeting the Latino community, including the tools Facebook uses to control misinformation in Spanish and targeting Latinos about the COVID-19 virus and vaccines on their platforms, including those of WhatsApp and Instagram. The letter also requests information on any initiatives Facebook has underway to expand scientifically accurate, evidence-based material to Latino users.

“Information is power and the truth is that the scientific community has amply demonstrated that vaccines are safe and effective,” said the Brooklyn Congresswoman Nydia Velázquez, adding that however, “we must understand that doubts about vaccines are real and especially prevalent among Latinos. It is our responsibility to ensure that people make the decision to get vaccinated based on facts, not misinformation. “

Meanwhile the cCongressman for Upper Manhattan Adriano Espaillat said that when New York became the epicenter of the COVID-19 pandemic, “we learned the value of relying on science and public health officials to guide our recovery from the worst depths of the pandemic to our recovery and reconstruction. ”.

The Dominican-born legislator added that since the early days of the pandemic, “social media platforms have been used to spread false, incorrect or incomplete information with ruthless efficiency. Minority communities were the hardest hit by the virus and our communities were inundated with misleading information that undoubtedly led to higher infection rates, greater uncertainty and hesitation in vaccination, and ultimately the tragic loss of life that could potentially lead to. have been avoided ”.

And the new Congressman Ritchie Torres, also emphasized that as COVID-19 cases continue to rise in communities with low vaccination rates, “everyone must do their part to fight vaccine misinformation, including on social media platforms where misinformation it is unbridled. Disinformation and conspiracy theories about the COVID-19 vaccine must be stopped in their tracks so that Latinos can have access to accurate information about the injection. “