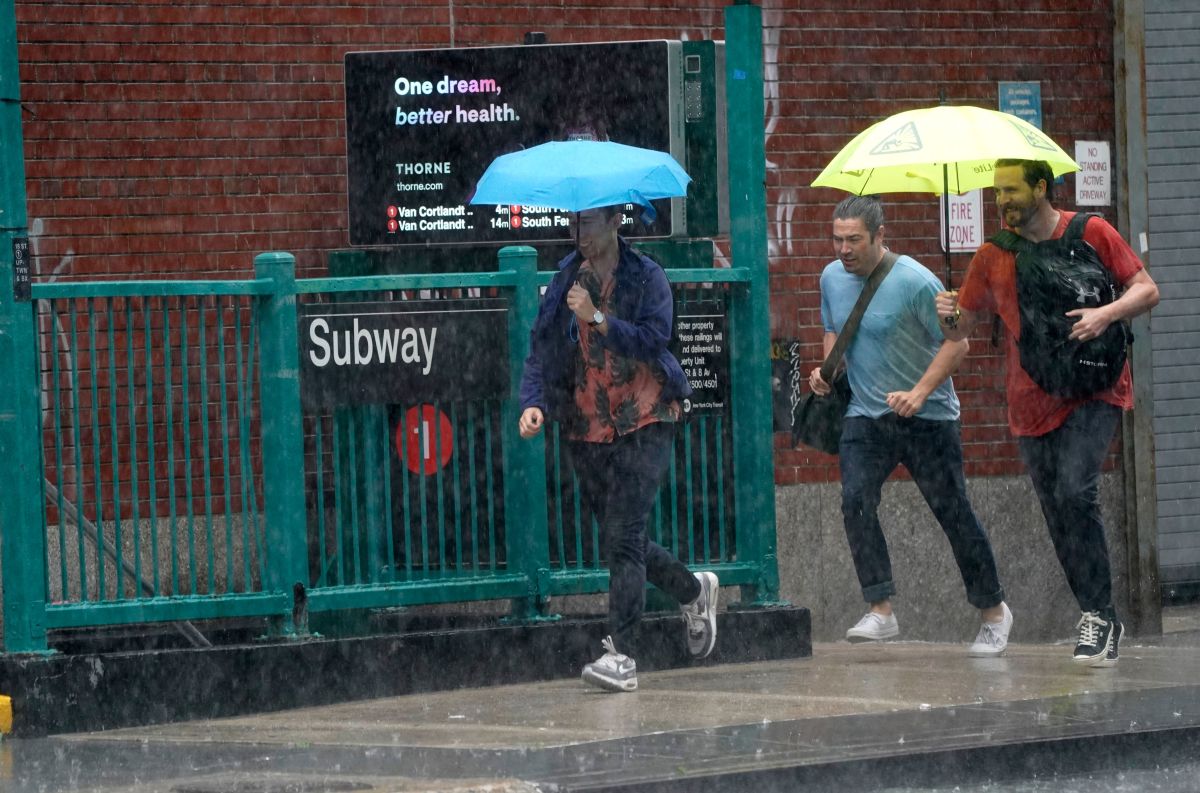 The New York City will suffer again this Monday from a new storm system with heavy rains that will cause an excessive fall of water, which led the authorities to issue a ‘flood alert’ which will be in effect from 2 pm to 10 am. Tuesday, in anticipation of a situation similar to the one that occurred last week with chaotic scenes in the streets and in Subway stations due to the accumulation of water.

The forecasts of the National Weather Service (NWS) indicate that heavy rainfall would begin between 3 pm and 4 pm this Monday, and because this storm system will move very slowly, it is expected to cause large floods especially at night and early morning. Tuesday.

Potential for heavy rain and flash flooding across parts of the Northeast tonight and especially Monday and Monday night, particularly poor drainage areas in the NYC metro region. Do not drive through flooded roadways as water depth and road conditions can be hard to determine. pic.twitter.com/vXMLTfzEm6

This new round of bad weather will hit the Big Apple exactly four days after the city suffered from torrential rains that caused flooding in several streets and highways, as well as in subway stations.

The NWS predicts that 2 to 3 inches of water will fall in the city, but it does not rule out that it could reach 4 inches in some areas.

We begin the workweek with the threat of flash flooding once again as rain and storms move through later today.

Flash Flood Watch is in effect for the entire region, with the exception of eastern Long Island.

Here’s our latest briefing on what to expect: pic.twitter.com/J0uqldqUnk

“As the system moves south on Monday night, the system will continue to focus its thunderstorm activity and potential heavy rain over the watch area, especially in and around the New York City tri-state area“, Indicated the MSW it’s a statement.

They warn of strong winds

The authorities are also warning that the torrential rains will be accompanied by strong winds, which can cause severe damage to properties and be a danger to people on the streets.

The City Buildings Department (DOB) issued an alert to property owners, contractors, builders and crane operators, to take precautionary measures against the arrival of strong winds, whose gusts can exceed 60 miles per hour.

“Winds can reach higher speeds and last longer than anticipated in certain areas of the city. Homeowners should consider the safety of their buildings and construction sites, including cranes, suspended and supported scaffolds, forklifts, and any other building accessories that may loosen from exposure to high winds, ”the DOB said in a statement.

The Department indicated that it will conduct random, random inspections of construction sites around the city, and if those sites are not adequately secured, it will take immediate enforcement action, issuing violations and stop-work orders, when necessary.

The DOB urged New Yorkers to call 311 to report non-compliant conditions or to the 911 to report emergencies on construction sites or buildings. And those who suspect that a building or property has been structurally compromised by winds and poses a hazard should also call 911.