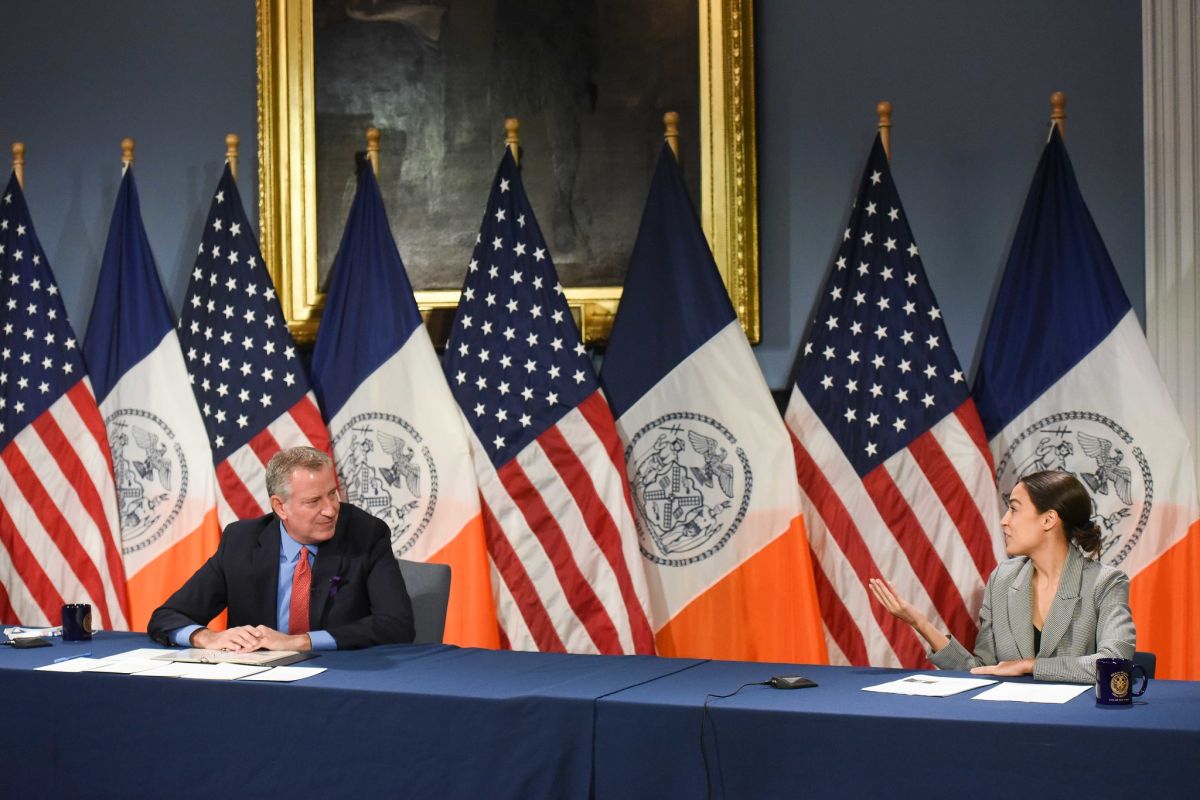 That is the amount belonging to pension fund municipal workers in the Big Apple, which will be invested by the City to create ‘climate solutions’ between now and 2035, by encouraging investments to be made with these funds in renewable energy and thus moving away from fossil fuels.

“This will literally help save the world. “Mayor Bill de Blasio said Thursday when presenting the plan, in the company of City Comptroller Scott Stringer and Federal Congresswoman Alexandria Ocasio-Cortez.

The New York president assured that we will continue “not only taking dollars from pension funds to the fossil fuel industry that has created this climate crisis, but also moving more and more resources towards renewable energy, where we can literally save the world”.

“This is what will really make the big difference, and I knew we could do it,” said the Mayor, adding that now the New York City “Becomes the first in the nation to commit to zero net emissions in our pension fund investments… zero net emissions by 2040.”

The detailed plan by De Blasio It will consist of investing pension funds in a variety of technologies that aim to reduce greenhouse gases in the atmosphere, such as electric vehicles, reduce pollution and capture carbon dioxide from the air.

“That is really huge. This is a large amount of money that will have a great impact, it will help us to move forward. It’s the right thing to do for our retirees, because the future is renewable energy. That is where we will get the return on our investment. But, more importantly, is how we save the earth. It is what we have to do for our children, our grandchildren. This is the future of New York City“, Emphasized the Mayor.

This effort of the Blasio Administration to combat the climate change crisis follows a plan unveiled in 2018 to divest $ 5 billion from the City’s $ 270 billion pension fund from companies holding untapped reserves of fossil fuels, such as oil, gas and coal.

“Every year the climate change crisis becomes more severe and immediate. It is immediate for our children, for our planet, for our retirees. And that is why achieving zero net emissions is a moral and economic health imperative. And we have to act now. And we have to be brave, “said Comptroller Stringer.

Meanwhile, Ocasio-Cortez praised the plan saying, “I think today’s announcement really shows that much of the action, and I would say most of the climate action in this country, it’s not happening in washington. It’s happening in New York City and it’s happening at the state and local levels across the country. “

“Having that shift from divesting from fossil fuels and then investing in renewable energy and climate infrastructure is exactly what we need to do right now to tackle the climate crisis,” the Queens congresswoman emphasized, adding that with New York City “divesting Our public pension funds, teachers and City workers can feel confident that their public pensions and investments are not contributing to the climate crisis, but are actually contributing to climate solutions, we are setting a model for the rest of the world”.

In turn, the director of the Mayor’s Office of Pensions and Investments John Adler clarified that for the moment the City “is not going to divest in other elements of the fossil fuel industry.”