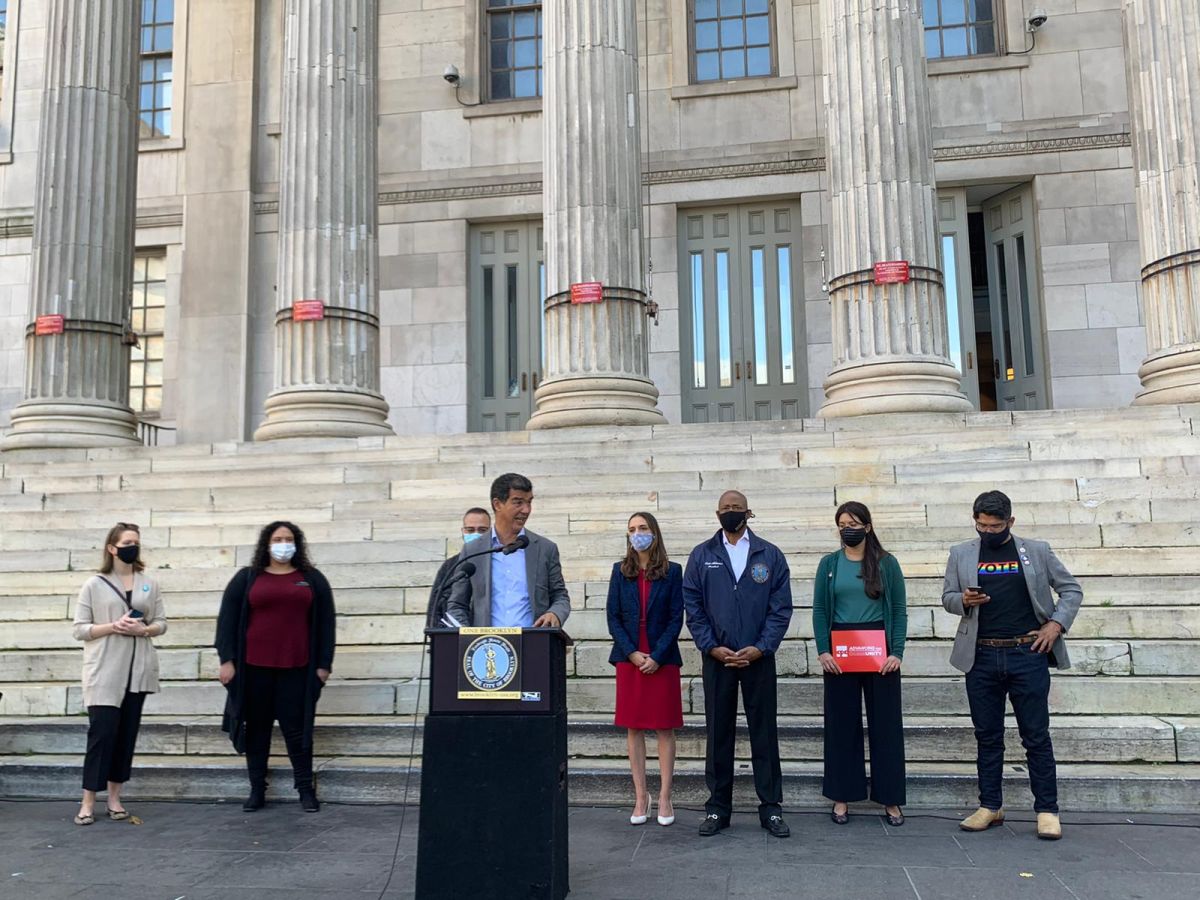 The “Our City, Our Vote” campaign was launched in Brooklyn. In the graph, Ydanis Rodríguez with several elected officials.

NEW YORK.- New Yorkers who have their status of regularized residence or work permits in the country will be able to vote in the municipal elections of the city of New York, according to a bill presented to the Municipal Councill for the councilor Ydanis Rodriguez last january.

To continue promoting this initiative, this Tuesday, several elected officials, including Councilor Rodríguez, as a sponsor along with the president of the county of Brooklyn, Eric Adams, launched the campaign “Our city, our vote”, in that county.

“The Municipal Voting Right Law Project will allow more than 1 million immigrant New Yorkers who pay their taxes to elect their municipal representatives. Federal law has already established that the City and the State are the ones who determine who votes in their municipal elections, ”said the councilor.

Rodríguez added that the bill will immediately change the political landscape of the city. In general, the mayor explained, if it becomes a law, it would allow another step towards the election of representatives that reflect the diversity and image of the communities they serve.

At a time when immigrants are constantly under siege, it is necessary to give them a voice and the opportunity to participate in the democratic process of their communities, he stressed.

“We need to empower and grant rights to our immigrant communities, they deserve to elect those who represent them at the municipal level,” said Rodríguez

The event took place after noon on the steps of the county presidency building. To support the measure, the councilor and president of the Council’s Immigration Committee attended, Carlos Menchaca, the councilor of the black, Latin and Asian bloc, Adrienne E. Adams and the state senator, Julia Salazar.

“Immigrants have been subjected to xenophobic rhetoric and policies by the Trump administration. By empowering the immigrant community and allowing them to vote, we empower the community and give them a voice in their future, ”said Council Member Carlos Menchaca.

Menchaca recalled that this idea is not new and that it is actually about restoring voting power for residents who do not have US citizenship.

“Non-citizens are part of our city and contribute as much as citizens. Real democracy is when all those affected by the decisions participate in it, ”said Menchaca.

Elected officials, advocates and volunteers indicated that they seek to involve the local community in Brooklyn in the campaign and also announced that next Thursday they will launch the campaign in the county of Queens.

During the activity, members of the coalition spoke with Brooklynites about the importance of empowering local immigrant communities by allowing them to have a voice in local municipal elections.

The bill currently has the support of 26 council members, including the ombudsman Jumaane Williams, the city comptroller Scott Stringer, the presidents of the counties of Manhattan Y Brooklyn and the New York Immigration Coalition that brings together more than 50 organizations that pledge their support for the municipal voting rights bill.