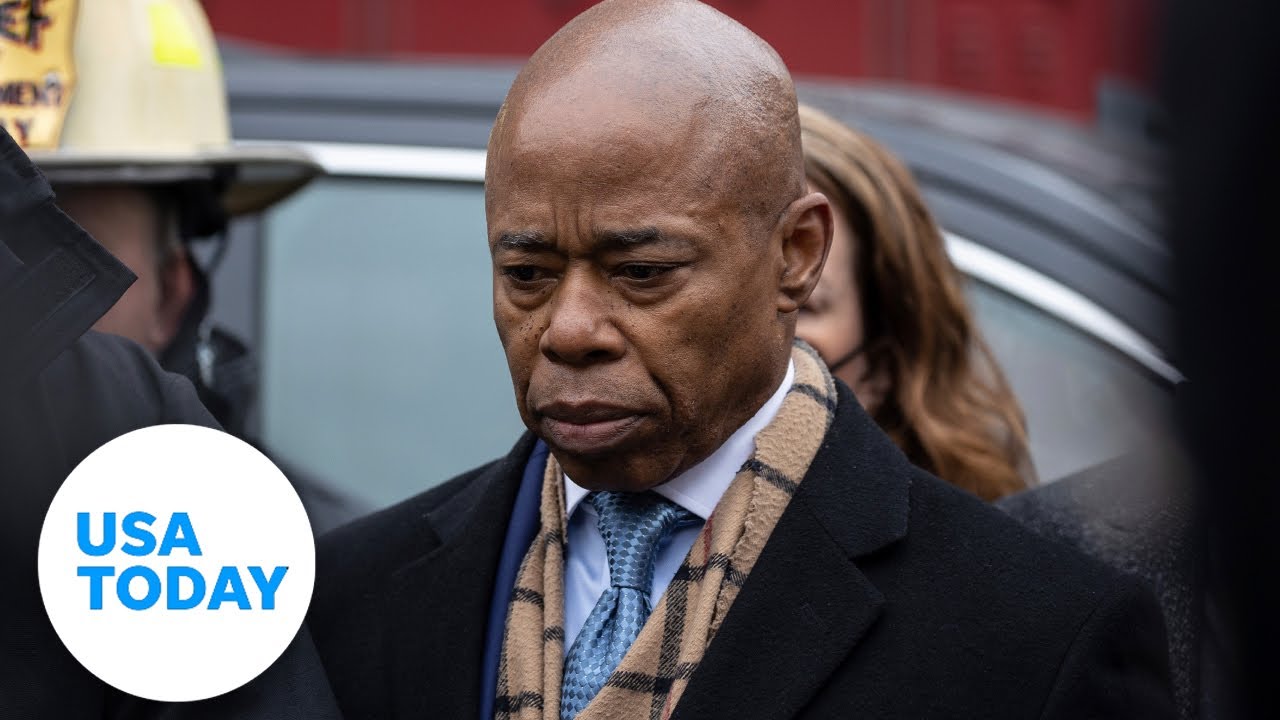 “There was a bit of a double count,” Fire Department of New York Commissioner Daniel Nigro explained. However, dozens of people remained hospitalized from the nation’s most deadly apartment fire in almost 40 years. Thirteen survivors were in critical condition, and Nigro warned the death toll could rise.

Adams, who described the blaze as one of the “worst fires in modern times,” ordered flags to remain at half staff until sunset Wednesday in remembrance of the victims.

“This is an unspeakable tragedy,” Adams said. “It is not going to define us. It is going to show our resiliency. “

A malfunctioning space heater sparked the five-alarm fire Sunday in a duplex apartment on the second and third floors of the 19-story building, Nigro said. The door to the apartment, which should have been self-closing, was open and allowed smoke to billow up the stairwells, he said.

The building’s owner, Bronx Park Phase III Preservation LLC, released a statement saying all doors in the building are self-closing, including stairwell and apartment doors, as required by code. There are no open violations or complaints related to self-closing doors at the property, the company said.

In July, maintenance workers repaired the lock on the entry door to the unit where the fire began. At that time, the self-closing mechanism was checked in accordance with standard operating procedure, the company said, adding that no concerns about the door had been reported to property management since then.

Adams said he will stress that schools need to teach fire safety – particularly closing doors – to the city’s students.

“We can save lives by closing the doors,” Adams said.

Surrounding blocks were closed off Monday, the streets lined with police and fire vehicles. A small group of local clergy held a vigil in front of the building Monday.

“They lost something, but Lord God we know you can give them more,” the Rev. Kevin McCall prayed.

US RESIDENTIAL FIRES HAVE DECLINED: Bronx blaze is a reminder how dangerous they can be.

Resident: ‘I was scared to death’

The building remained unoccupied Monday, but authorities said some residents could be allowed to move back in this week. Some returned Monday, hoping to retrieve items from their homes.

Karen Dejesus, 54, said she lives a few doors down from the apartment where the fire started. When the upstairs of her apartment began filling with smoke, she started grabbing towels to try to protect her things.

“Next thing I heard was the firemen breaking my door,” said Dejesus, who climbed out her window on a fire ladder to escape the blaze and smoke. “I was scared to death. I was trying to hold on to the firefighters. That’s a scary situation, but you have to get out to save your life. “

Dejesus was back at the building Monday morning trying to get information about when she might be able to get back inside. She was allowed to grab a few things Sunday evening and said the third floor was “like a war zone.”

“It was pitch black,” she said. “There’s water everywhere.”

Dejesus has lived in the building for 18 years. She said the fire alarms went off so regularly that it was like “second nature to us.” But when she started to see the smoke and heard people yelling for help, she realized the fire was real.

“I can see the flames. I can see the smoke coming into my apartment. You’re being trapped somewhere, ”she said as she described the scene.

Dejesus said her doors didn’t close automatically and she didn’t know whether any of the buildings doors did.

“I just thank God that I’m here and my family is OK.”

A preliminary investigation found that the fire did not affect the structural integrity of the building, said Andrew Rudansky, a spokesman for the city Department of Buildings. Forensic engineers from the agency were at the building Monday continuing to investigate, Rudansky said.

Nigro said the fire “started in a malfunctioning electric space heater” in a bedroom of the duplex apartment. Fire officials say the space heater may have been running uninterrupted for several days to provide supplemental warmth even though the building’s heat was working in the apartment.

The apartment’s open door allowed smoke to quickly spread throughout the building, Nigro said. Trapped residents broke windows for air and stuffed wet towels under doors to stave off the smoke as it rose through the building.

Nigro said 63 people were injured by “severe smoke inhalation” and that 32 were admitted to five area hospitals. The flames were confined to two floors, but smoke darkened stairwells with a thick, unbreathable fog.

The Twin Parks complex was built in 1973 as part of a project to build modern, affordable housing in the Bronx. The building is equipped with smoke alarms, but several residents said they ignored the warning because the alarms go off so often in the 120-unit building. Large, new apartment buildings in the city are required to have sprinkler systems, but those rules don’t apply to thousands of the city’s older buildings.

“To my knowledge, there was no sprinkler (systems),” said Andrew Ansbro, the president of the Uniformed Firefighters Association. He said the building had a fire 35 years ago.

The fire was the city’s deadliest since 1990, when 87 people died at the Happy Land social club, also in the Bronx. That fire, however, was ruled an arson and the man convicted of igniting it, Julio González, was sentenced to 25 years to life in prison.

Also Read  Volcanoes and the Moon, between Heaven and Hell | Cosmic Void

On the day of the Happy Land fire, González had a fierce argument with his girlfriend, who worked at the club. Authorities said González, who died in prison, also blocked the club’s only exit.

The borough was also home to a deadly apartment building fire in 2017 that killed 13 people. That fire was able to spread throughout the building when the door to an apartment was left open. In 2018, the city council passed ordinances requiring self-closing doors and child-safety knobs in apartment buildings, hotels, nursing homes and other multiple dwelling units that open into corridors or stairways. Owners were required to install self-closing doors as of July 2021.

Adams credited residents of the building for helping each other to safety, showing “who we are as New Yorkers.” Nigro said firefighters risked their lives as they rushed through the smoke, finding victims on every floor, many in cardiac and respiratory arrest.

“Their oxygen tanks were empty and they still pushed through the smoke,” Adams said of the firefighters.

The building’s owner issued a statement saying it was cooperating fully with the investigation.

“We are devastated by the unimaginable loss of life caused by this profound tragedy,” the statement read. “We are cooperating fully with the Fire Department and other city agencies as they investigate its cause, and we are doing all we can to assist our residents. Our thoughts are with the families and friends of those who lost their lives or were injured, and we are here to support them as we recover from this horrific fire. “