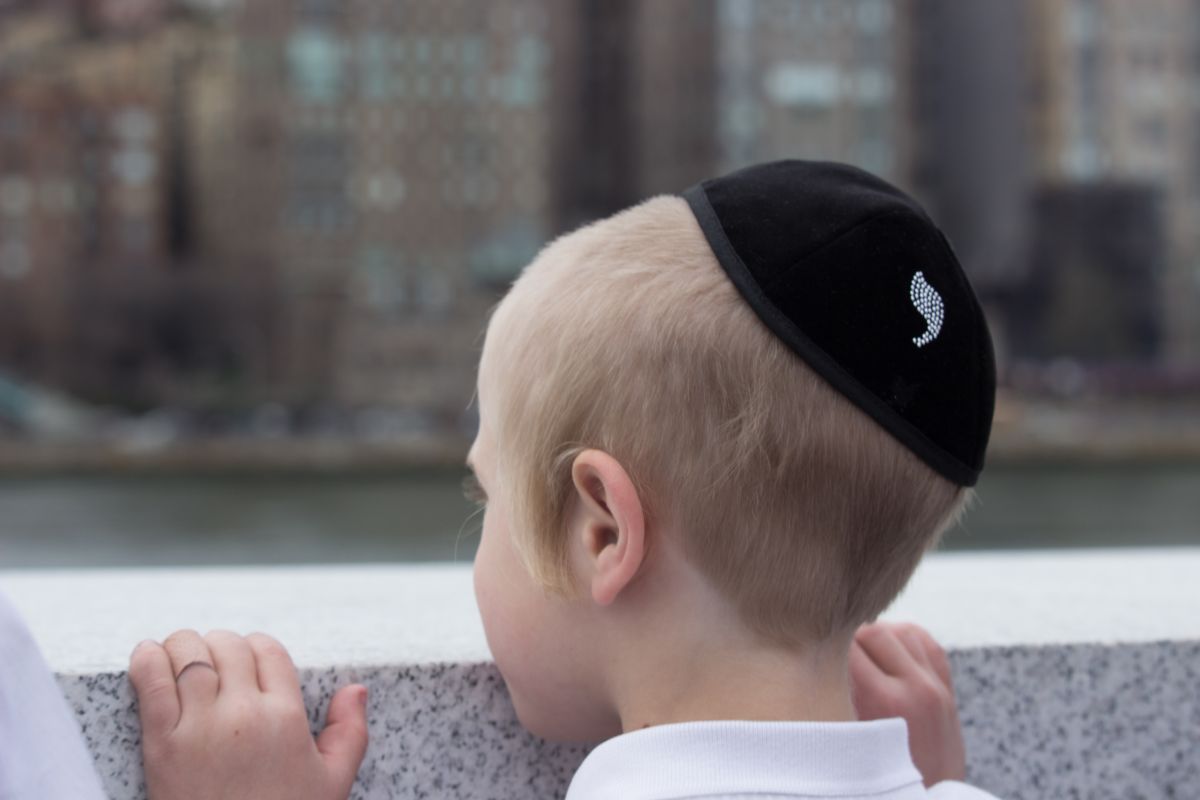 An unpleasant scene arose last Friday, January 14 at a brooklyn neighborhood, where a boy as young as 8 years old was the victim of an antisemitic act carried out by a woman.

The security cameras placed in a house located on Avenue P near Coleman Street captured the moment in which 3 children were playing near one of the houses when suddenly, a young woman appears walking woman who, according to local residents, had never seen her before.

Out of nowhere, the girl approaches the little ones, in particular one of the minors, whom insulted and spat in the face.

The father of those affected called Aryah Fried explained that her 3 children, aged 8, 7 and 2, were quietly playing when the woman appeared to tell them things like “Hitler should have killed them all”, because they are Jewish.

Fried also indicated that before this insult, the woman was harassing her children, so the older one made words with her to defend her younger brothers.

“I have to teach him not to participate, but he got involved. And she came running to him, spat in his face and said: ‘we’ll kill them all, I know where they live and we’ll make sure we catch them all next time’”added the father.

The recording was shared by the local police, without audio and with censorship to protect the identity of minors. Meanwhile, the neighbors of those affected decided to put up posters with the photograph of the aggressor in order to find her and make her accountable to the authorities.

As reported by CBS New York, this Friday The New York Police Department reported, via Twitter, that the woman who had committed an anti-Semitic act against the Jewish boy was arrested.

Authorities reported that the attacker was identified as Christina Darling, 21 years old. She is charged with aggravated harassment, as well as committing a hate crime, acting in a disruptive and threatening manner against a minor.

“I hope she understands the seriousness of what she did. Doing it to anyone is obviously problematic, but an adult doing it to a child is crazy, “said the father of the affected.

* Authorities revealed the identity of the synagogue hijacker in Texas and reported that he was British
* Neo-Nazi leader is sentenced to seven years in prison in Washington state for threats and intimidation
* As in a movie: 96-year-old woman escapes by taxi before being tried for having been a secretary in a Nazi camp