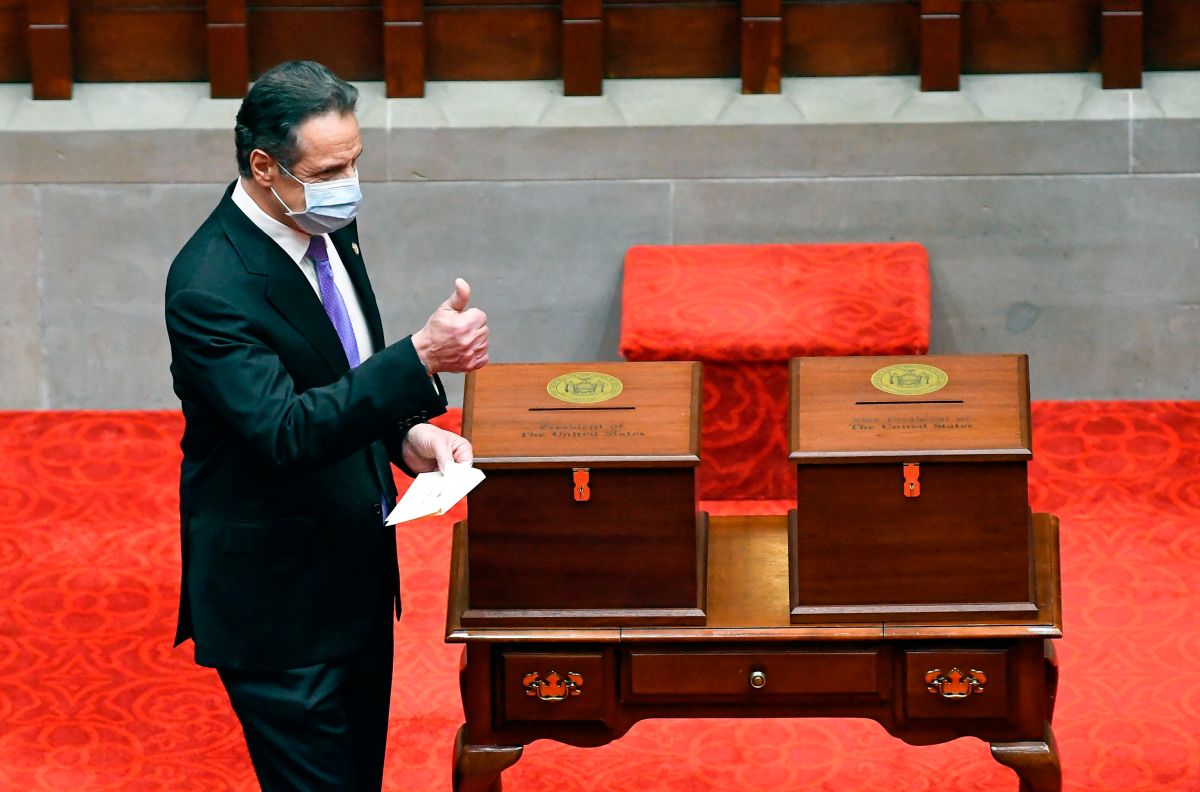 Cuomo rose early in the pandemic as a Democratic counterweight against Trump.

The governor of New York, Andrew Cuomo, faces an unprecedented rebellion from lawmakers from his own party who want take away emergency powers for the management of the pandemic, after the dimensions of the coronavirus crisis in nursing homes were known.

Democratic leaders in the New York Senate began on Wednesday to take steps to strip him of the emergency powers that were granted during the pandemic early last year.

This afternoon, Democratic state senator Gustavo Rivera, chair of the Sanitation Committee, said they will take action as soon as possible to limit the governor’s powers.

This legislative measure would be a serious blow to Cuomo’s management, which has been criticized for his management of the coronavirus in nursing homes and he has recently been accused of trying to hide data that showed the seriousness of the situation in those centers.

The measure could be adopted next week in Albany (capital of the state of New York) and weigh down the governor’s popularity, which after the first wave of the pandemic, which had a particularly serious impact on the state, came to publish a book lecturing on how to manage the coronavirus crisis and He was seen as a national projected Democratic star precisely because of its firmness in responding to this crisis.

The newspaper The New York Times also revealed this Wednesday that the FBI and United States Attorney for the Eastern District of New York investigate the Cuomo administration’s performance in nursing homes during the worst months of the pandemic, which were especially important to nursing homes.

According to sources consulted by the newspaper, the investigation is in its initial stages and it is not clear whether it focuses on the management of Cuomo or someone else responsible.

Cuomo bragged broad powers to manage the pandemic and since March it has controlled decisions on confinement or distribution of vaccines.

Since the beginning of the year, state legislators have maneuvered to limit Cuomo’s powers, but those conversations gained momentum as the dimensions of mortality in nursing homes from the pandemic became known, whose data collection was not transparent.

The last straw was the revelations today by popular Queens Congressman Ron Kim, who accused Cuomo of threatening him over the phone with ruining his reputation after signing a letter with other Democratic lawmakers criticizing the governor for not being clear to the public. time to publish data on deaths in residences and “intentional obstruction”.

The rebellion against Cuomo, who has defended his management and the importance of using the Executive power in a health crisis, is a sample of the precarious situation of governor, since it comes from members of his own party and takes place after more than a decade in office, establishing himself in state politics while waiting, according to analysts, to make the leap to the national arena.

Cuomo assumes “information gap”, but insists that deaths in nursing homes in New York is a “political” case; 55% accuse it in the last poll