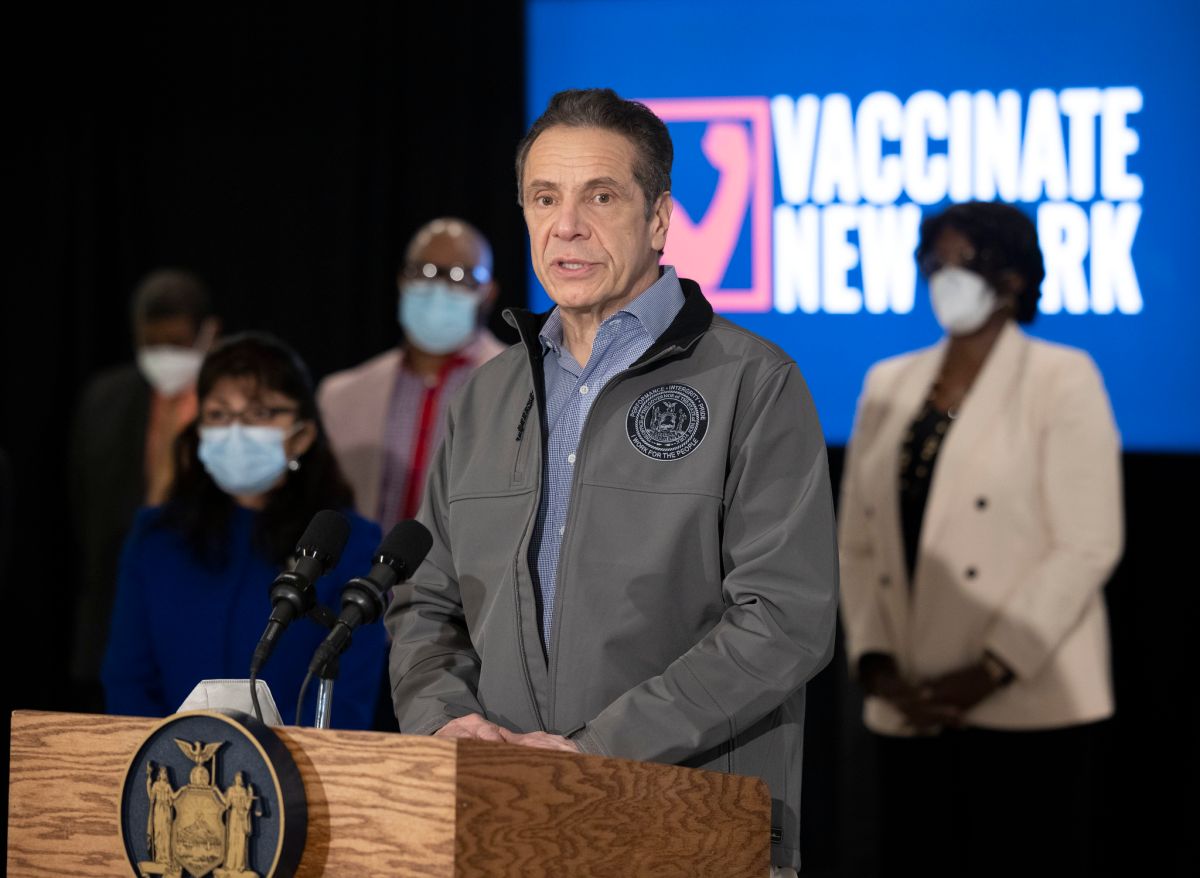 Following in the footsteps of New York City, Governor Andrew Cuomo announced Wednesday that all state workers, about 130,000, they will also have to be vaccinated or otherwise show weekly tests for COVID-19, a measure that will take effect from next ‘Labor Day’, September 6. However, the order will be stricter for employees in the health sector, who will not have the option of taking the coronavirus test, and whether or not they want to inject themselves in order to continue in their jobs.

By announcing the new vaccination order the Governor It did not specify if those workers of the State public hospitals who do not want vaccines would be fired, but it did say that all health employees “who have face-to-face contact with patients” in those facilities would have to be vaccinated, without the option to have regular tests done instead.

“Those workers in hospitals are in contact with people, and that can become a serious case of spreading the virus, and that is why we have to make sure that those health workers are vaccinated,” Cuomo emphasized.

The new order, the same as the one announced last Tuesday by Mayor Bill de Blasio to force some 300,000 municipal employees to be vaccinated as of September 13, the same day that classes begin in New York City, due to a reduction in the number of people who are being immunized at the same time as there is an increase in infections due to the Delta variant, mainly from unvaccinated people.

“There is no doubt that the Delta variant is real. Today we have 2,200 new cases and a month ago basically (on June 28) the figure was 275 cases “, explained the Governor, adding that fortunately the number of vaccinated also increased,” and the good news is that 75 percent of adults are already vaccinated. , which is higher than the national goal of 70 percent ”.

And in reasoning what it meant that still 25% of the population has not been vaccinated, said: “That percentage in New York represents 3.5 million people, which is larger than the population of 21 states, and that is a large number of unvaccinated people and it is what we are seeing becoming a pandemic among those not vaccinated, but it affects everyone ”.

74.8% of adult New Yorkers have received at least one vaccine dose and 68.2% have completed their vaccine series (Per CDC).

Cuomo indicated that the new order put New York on a par with the federal government in relation to a vaccination mandate, although it is not expected until this Thursday that the Biden Administration also considers ordering that all civilian federal employees have to be vaccinated.

And anticipating that at the state level it will happen the same as in the Big Apple, that there will be strong opposition from the unions of the Public employees, Cuomo said that from now on “we are working with our unions to implement this quickly and fairly”, and that it is before ‘Labor Day’.

The Governor also insisted on the need for private companies to encourage the return of their workers to the offices, also on that same date, ensuring that they must end remote work, the use of Zoom and remote conferences, since their return employees is vital to the economy of cities.

New York and the CDC’s recommendation to wear masks

The Governor indicated that the State will not yet comply with the new recommendation of the Centers for Disease Control and Prevention (CDC) that masks be used again in interior spaces, including vaccinated people, ensuring that in the next few days they would make a decision.

“We are going to do an extensive review of the new CDC guidelines. I was on the phone with them this morning, and we also spoke with international Health experts. One thing I learned is that this is happening in other places and we are going to learn from their experiences, ”Cuomo said.

The state president insisted that the review of the new federal guidelines will be done in a thorough way, mainly with the governments in the red and orange areas of contagions indicated by the CDC, which include the five counties of the Big Apple.

“In these areas we have to consider these new guidelines very seriously, although the most basic rule is the one we already know, everyone should be vaccinated, and follow the precautions that are important especially with the elderly and the elderly. people with compromised immune systems. They must continue using the masks ”, he clarified.

Also Read  What price do the Government partners put to approve the Budgets?

And on schools, where the CDC indicated that the mandatory use of masks should continue, Cuomo said that if the numbers continue to rise, school districts in the affected areas (orange and red) “should consider taking more aggressive action.” to prevent schools from becoming ‘super-spreaders’ of the virus in September. “That can happen, because we have seen it happen before.”

Meanwhile, in his daily press conference, Mayor Bill de Blasio also referred to the new CDC guidelines on Wednesday, indicating that the City only received the notification less than 24 hours ago. “We are currently analyzing all the information about the CDC measures, and it is complicated and our Health experts are reviewing it and we will have more to say in the coming days.”

In turn, De Blasio celebrated that 9,902,097 doses of the vaccine have already been placed, with 4.9 million New Yorkers with at least one injection, which represents 59% of the entire population of the city, although it also showed concern because infections continue to increase, and this Wednesday there was again an increase in cases when 929 were reported, and an increase in the positivity rate of seven days in a row that stood at 2.55%.