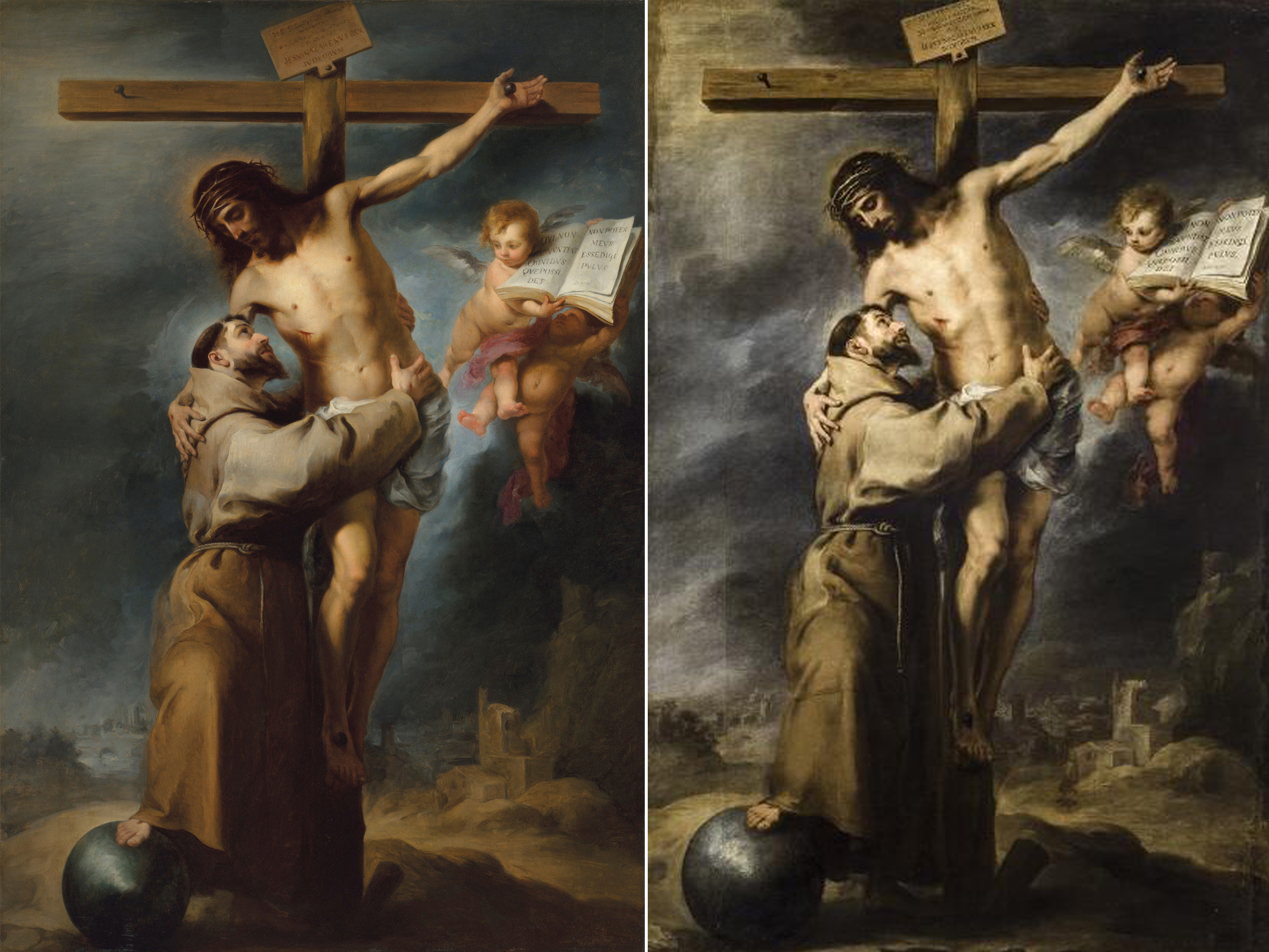 Christie’s auction room in New York is going to auction this Thursday a large batch of paintings and sculptures by old European masters, among which stood out a rarity of those that arouse the avidity of collectors: a copy of Saint Francis embracing Christ on the cross, by the Spanish Baroque artist Bartolomé Esteban Murillo, with a starting price of more than one million euros, a very high figure since it is a supposed copy that the painter would have made of his original work that is exhibited in the Museum of Fine Arts of Seville. The painting has finally been withdrawn from sale, sources from the auction house confirm to this newspaper. It no longer appears in the catalog and there are no references on Christie’s website where various information was published about the piece whose image was the claim for the auction. EL PAÍS has contacted the New York room to find out more details about the removal of the piece, but at the moment it has not received a response.

Pablo Hereza, museum curator and art historian, who has been studying Murillo’s work for 14 years, was one of the first experts to doubt the authorship of the work that was going to be auctioned through social networks. Hereza’s suspicions arose since last April 2, when Christie’s announced the auction. He began to analyze the information that appeared in the catalog where it was noted that it was a I remember de Murillo, in the slang of art, the name given to the copies made by the authors of their most outstanding works. The painting, according to the auction house, had received the seal of authenticity after verifying that it was a high-quality copy in excellent condition. After reviewing his data, Hereza, who has published two volumes analyzing Murillo’s work, is about to publish a third and is preparing another three, contacted the director of Christie’s in New York by email interested in knowing more details about the picture. He got no response then, nor has he now, nearly two weeks after the auction was announced and after the painting was withdrawn from sale.

In the absence of a reply, he decided to post his studies on his Twitter account. In various installments it was demonstrating, always according to its documentation, that it was not a I remember, but of “a copy that an artist after Murillo had made of his painting,” he explains by telephone to this newspaper. According to his calculations, it may be from the late 18th or early 19th century. “Murillo did not copy himself,” says Hereza, “is a theme that I dismantled in the first volume of the Corpus murillo that I published in 2017. His works had a high price in the market, he did not make copies to give them greater exclusivity. He was not a collector of his own works or of someone else’s work ”. In the text that explained the painting, Christie’s also pointed out that the reason why Murillo rethought and revised a finished composition is unknown, and later finish painting the same version of the original painting.

The original Saint Francis embracing Christ on the cross, painted around 1668, is part of a series of eight paintings commissioned from the Sevillian painter a couple of years earlier by the Capuchin order for the church of his convent in Seville. The paintings were to exalt the distinctive elements of Franciscan spirituality and the result ended up being the most ambitious project of the painter and one of the most important pictorial series of the Spanish Baroque. Hereza has radiographs of this work that he posted on Twitter. He placed them in front of the analyzes he found of the piece that Christie´s was going to auction in order to highlight the differences. “Murillo’s original is a very clean X-ray, with a fluid and loose brushstroke. In the copy you can see a previous charcoal drawing by the copyist, with a smudged brushstroke ”, says the curator.

“What makes it so special is what we see when we look at the X-rays, which show repentances [literalmente, arrepentimientos; en pintura, modificaciones que manifiestan el cambio de idea del artista acerca de lo que estaba pintando], the artist changing his mind and reworking and repositioning elements of the composition. It’s so exciting to see these glimpses of the artist’s work practice and imagine his thought process as he painted, ”said Jonquil O’Reilly, Christie’s director of Old Masters sales, prior to the auction.

Hereza also explained on Twitter that in the original work, Murillo misspelled two Latin words that appear in the book held by the angels. “The Capuchins corrected him after the death of Murillo. We know this because in 2017, the restorer of the Museum of Fine Arts in Seville, on the occasion of the exhibition for the year Murillo, discovered the repaints in the book, lifted them and thus we realized that the painter had written them wrong ” , account.

Murillo’s series was divided in 1835 with Napoleon’s invasion and was not put back together until 2017, when his pieces were reunited for display at the Sevillian museum. The Capuchins, Hereza says, to avoid Napoleonic plunder, they cut some of the canvases and took them to Cádiz. “The artist who copied the painting did so on which it was cut, not the original”, says the historian. Hereza adds another fact: Christie’s work was auctioned in 2009 in Barcelona and, at that time, attributed to the Andalusian school of the 18th century, valued at around 6,000 euros. “While we know of copies of Murillo’s works, discovering an autograph painting, hidden in private collections for so long, is very rare and a wonderful find. The painting is in fantastic condition and its surface is really beautiful, which means you can fully appreciate Murillo’s fluid brushstroke, ”explained the head of Christie’s.